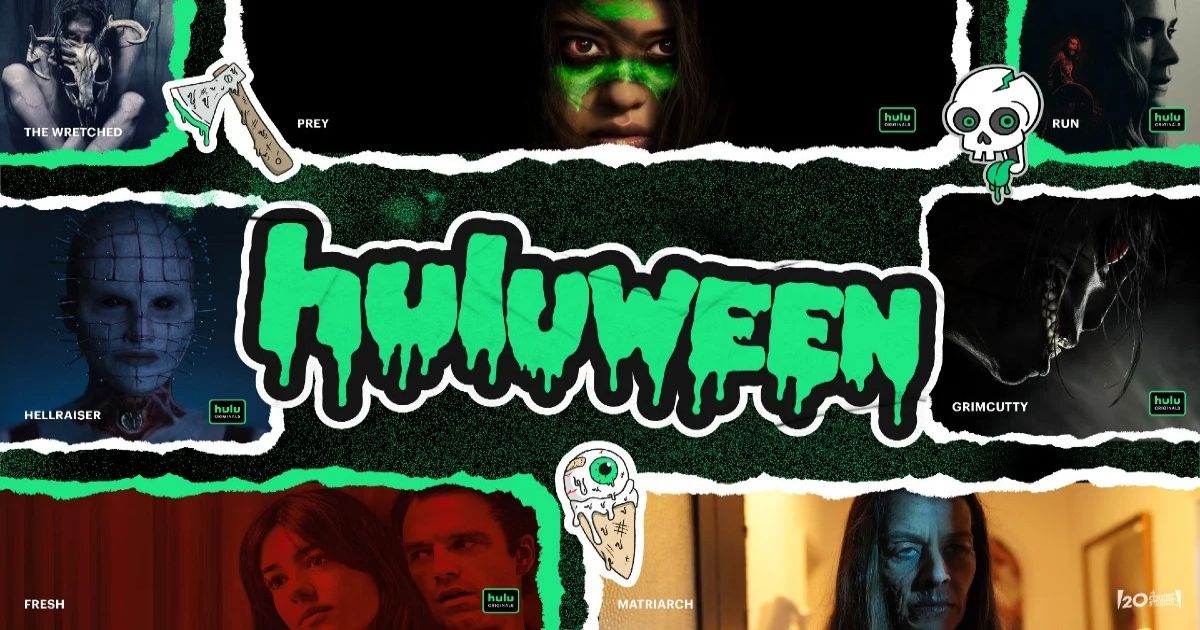 Huluween 2022 Kicks Off Halloween with Hellraiser, Solar Opposites, and More

Halloween is the time for sharing tricks and treats. And no one offers goodies quite like Hulu with its Huluween lineup. Like other streaming platforms Paramount and HBO, Hulu’s brand is well-known for its specialized seasonal catalog. And for years now has provided an array of terrifying delights. Inarguably, there is nothing that makes a season more festive than having a sundry of ways to celebrate. So, whether it’s nightmares or scares, one seeks. Or whether one has a need for thrills that conjure spine-tingling chills, Hulu has it covered.

Hulu kicked off its Halloween fest five years ago, and although such an offering was most unexpected, viewers were ecstatic. The viewing audience was not the only ones tickled by the success. So with a firm understanding of its viewer’s desires and tastes, Hulu expanded its selection. And building off the initial year’s success, the streaming platform once again invited its audiences to indulge in a smorgasbord of horrifying content.

In 2019, Hulu featured 800 premium Halloween titles and over 5,000 episodes of new and library TV series’ for Huluween. Fortunately for everyone, the platform executives recognized a good thing when they saw it. Now it is 2022, and the tradition continues. Once again, Hulu has opened its nightmarish vault rolling out its spookiest for viewers of all ages. One only needs to select the right pick for their fright nights.

Hulu’s 31 days of terror began on October 1st, opening strong with some of the greatest horror content in the archive. The 2022 hub jump-started things with The Rocky Horror Picture Show, The Sixth Sense, The Hand that Rocks the Cradle, and Blade Trinity. And for those whose fancy was something different, the platform premiered two new offerings. The first was a new special, Dragstravaganza, headlined by Ginger Minj and Manila Luzon, familiar personalities from Rupal’s Drag Race.

Additionally, the first also marked the return of a brand-new season of Bite-Sized Horror with 21 original nightmarish stories. But for those seeking something for the kiddies, the Monster House was available for a re-visit. Monster House is a 2006 animated fright where a ramshackle abode takes on a life of its own. And if October 1st isn’t impressive enough, there are 30 more days’ worth of seasonal content for one to seek their teeth into. And here is a snapshot of all Huluween has in store.

Some things never get antiquated, like bobbing for apples, pin the tail on the donkey, cakewalks, carnivals, and nostalgic cinema. One of the marvelous things about the holiday is trekking down memory lane. And nothing takes one back like classic films. Fortunately, Hulu has a vast number of delightful throwbacks.

Some retro offerings include Hellraiser, ABC’s of Death 1 and 2, As Above So Below, Dark Shadows, Evil Dead, Exorcism of Emily Rose, Fright Night, The Gallows, Marrow Bone, Mary Shelley’s Frankenstein, Annabelle Creation, Sinister 2, the Blair Witch Project, and the V/H/S collection. And if that won’t do, there is always a curated list of fresher content.

New Options on the Block

If desirous of something a little new, look no further. It’s been 13 years since Clive Barker demons from the netherworld stalked the cinescape raising Hell. However, October 3rd will mark the premiere of the newest film in the Hellraiser collection starring Jamie Clayton, as Pinhead as the character has never been visualized. And first reactions declare it the best since the ’80s original.

The synopsis for Grimcutty reads:

“In this modern creature feature, a scary internet meme, Grimcutty, stirs up panic amongst parents in town who are convinced Grimcutty is making their kids harm themselves and others.”

Rounding out the list are Hulu’s original Matriarch and Abandoned, both of which will premiere on October 21st. Finally, new to the streamer is the October 11th premiere of Antlers.

Holidays can bring out the kid in some. And so, for those who require a little toon up, Hulu has the thing. Fans of Solar Opposites will have their first look at Solar Opposites: A Sinister Halloween on October 3rd. And on October 17th Hulu will air the unique Paloni Show Halloween Special.

“The Palon Show Halloween Special follows Leroy, Reggie, and Cheruce Paloni as they host a Special full of spooky shorts from a group of up-and-coming artisans.”

For all the spirited, this is excellent news! And although the season has already begun, there is so much content to digest that one must be sure not to gorge. The results could be horrifying. Nevertheless, Hulu is platform central for many offerings, so spend the Halloween season with Huluween.