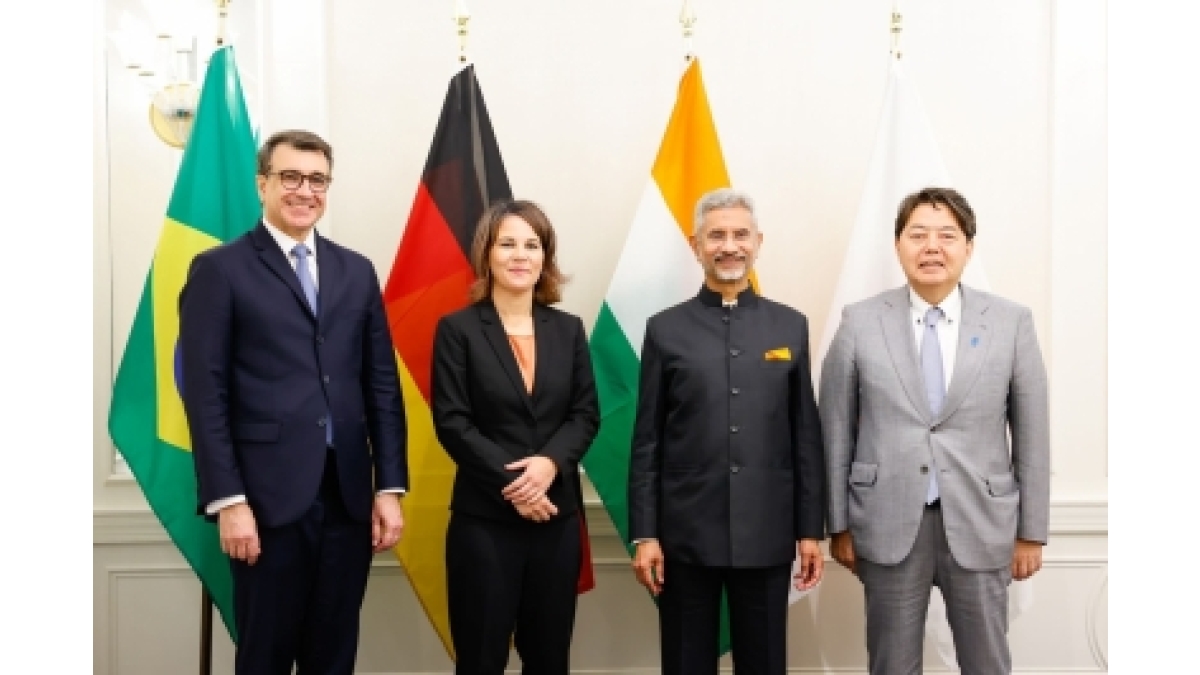 The Ministers of India, Brazil, Germany and Japan, whose group for Council reform is known as G4, said in a press statement after their meeting on Thursday that they have instructed their diplomats at the UN to work with General Assembly (UNGA) President Csaba Korosi and the heads of the negotiation process “to arrive at a single consolidated text as a basis for a draft resolution for consideration by the UNGA”.

India’s External Affairs Minister S. Jaishankar and Foreign Ministers Carlos Alberto Franco Franca of Brazil, Annalena Baerbock of Germany and Yoshimasa Hayashi of Japan, whose countries jointly lobby for Council reforms and mutually supported each for permanent seats on an expanded Council, met on the sidelines of the high-level Assembly meeting.

They decried attempts to stall Security Council reform and said they would “work with determination towards commencing text-based negotiations without further delay” in the Intergovernmental Negotiations (IGN) as the reform process is known.

A small group of countries led by Italy and which includes Pakistan has blocked the adoption of a negotiating text which would be the basis of discussions and move the reform process.

By calling for “a single consolidated text” that would be the basis for a draft Assembly resolution for reform, the Ministers hope to speed up the process by forcing a negotiation on a resolution itself, rather than slowly plough through long-winded discussions to produce an outcome document and then go on to drafting a resolution.

Although several differences remain on what the final shape of the Council that is stuck in the basic post-World War II should be, there is wide support for some of the basic elements like expanding the permanent membership, making it possible to create a draft resolution that can be bargained upon.

Assembly President Korosi said after taking office that he will ask the IGN leaders — whom he will be appointing — to start negotiations on “concrete text”.

“I’ll do my best to forward this process,” he added.

The Ministers criticised the opaque functioning of the Assembly without formal record-keeping that traps it in repetitive cycles.

They said that the last session of the Assembly showed “that the IGN is constrained by a lack of openness and transparency” and said that “in order to produce concrete outcomes, the IGN must be guided by the decision-making requirements and working methods laid out in the UN Charter and in the rules and procedures of the General Assembly”.

The Ministers backed the African nations’ demands for two permanent seats on the Council.

The 55 countries from Africa form the largest regional group at the UN but they are denied permanent membership in the Council where the continent is the area most represented on the agenda.