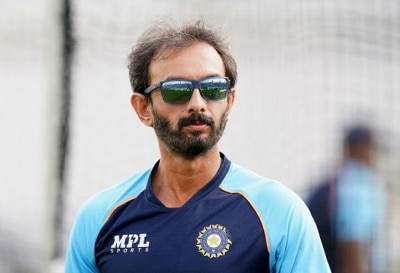 Dhaka, Dec 21 In India’s comprehensive 188-run victory over Bangladesh in Chattogram, the visitors’ batting had many people stepping up to take the side to a position of strength.

Cheteshwar Pujara made 90 and 102 not out in both innings, while Shubman Gill registered his maiden Test century in the second innings and Rishabh Pant set the base for a counter-attack with a quick 46 in the first innings.

Shreyas Iyer and Ravichandran Ashwin made 86 and 58 respectively, while Kuldeep Yadav chipped in with a career-best 40 in the first innings score of 404. There were some lofty shots from Umesh Yadav and Mohammed Siraj too.

It is a sign that contributions to India’s total are coming from all places in the batting order, something which batting coach Vikram Rathour emphasised on ahead of the second Test against Bangladesh starting from Thursday.

“We are looking at everybody to contribute with the bat. Ashwin, Kuldeep, both batted really well. It was good to see that because they do put in a lot of hardwork. If you look at our net sessions, they are always looking to have a bat and then work hard on their skills. So, it was good to see that,” he said in the pre-match press conference.

Rathour is also expecting talismanic batter Virat Kohli to come good in Tests after he couldn’t leave much of an impact at Chattogram. “For me, he is the absolutely same Virat. He works really, really hard and has always worked hard on his cricket. Even when he was going through a so-called lean phase, he really worked hard.”

“We are continuing to see that as he still works very hard, takes his fitness sessions really seriously and puts in lot of effort. Same goes for Gill and all the other guys, like Pujara bats really hard in the nets. So, its good when all of that hard work pays off.”

While the Chattogram pitch had slowness and even eased out a bit on day four, Dhaka’s pitches have known to be batting friendly on day one, before assisting spinners immensely, which will challenge Indian batters hugely.

“It will depend on the kind of surface we get. We still haven’t really looked at the surface. It’s kind of covered with a lot of dead grass. However it plays, we need to make as many runs as we can, I can’t really put a number to it. If we get to bat first, we will look to put up a big score and see how it goes.”

“We are expecting it to be a supporting wicket, whichever way it goes, we want the Test match to be decided. Both the teams are looking forward to having a good Test match. It’s definitely much better now from earlier times when we travelled.”

“It used to be a pretty slow and low wicket. There used to be low-scoring games but it’s much better now. The approach will be to play good cricket and to win. Even in ODIs, we saw it had more help for bowlers. It had more pace. I’m sure this game will get decided,” elaborated Rathour.

He also felt that playing on slow and low pitches in Bangladesh is good preparation for India ahead of a four-match home series against current WTC table-toppers Australia, to be held for the Border-Gavaskar Trophy in February-March next year.

“When you play in the subcontinent, you expect the pitches to turn. After this we are playing an important series against Australia (at home) and we are expecting there will be some wickets which will turn. This is good practice and preparation for our batters.”

“We are not discussing too much tactically. It will all depend on what kind of bounce the pitch has on offer. In the previous wicket we played on, the bounce was slightly lower. We are expecting this one to maybe have more bounce and a bit more turn. We’ll see how it goes and we’ll look to play according to the conditions, whatever we get.”

Rathour signed off by expressing confidence in the batting unit to come good at Dhaka and take a 2-0 series sweep. “They (Bangladesh) are a decent bowling unit without a doubt. We have played a really good Test match, the previous one. We are pretty confident with the way batters are batting at the moment.”

“It will be a good Test match without any doubt and we are expecting good performances from both sides. Really confident as a team from the way we batted and bowled that we will do well in this Test match as well.”