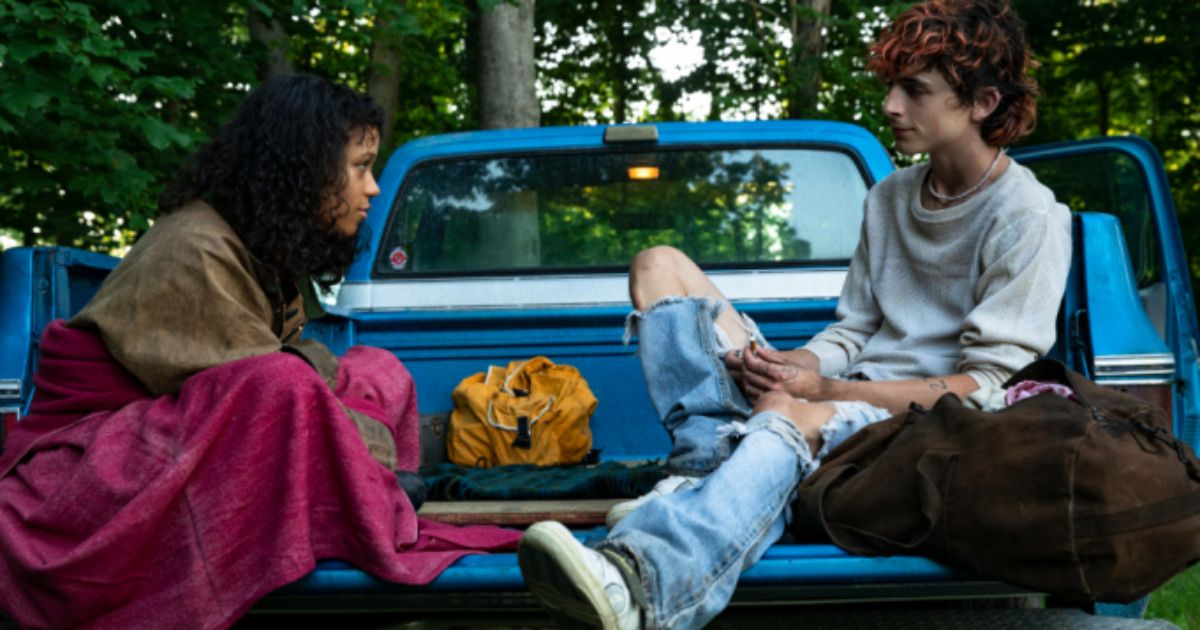 Is Bones and All Based on a Book?

Bones and All is a powerful movie that alters how viewers perceive love in challenging situations. This is where the movie’s inspiration came from.

A coming-of-age romantic carnivorous travel movie, set to be released in late-2022, Bones and All is directed by Luca Guadagnino from a script by David Kajganich. The film follows Lee (played by Timothée Chalamet) and Maren (Taylor Russell), two cannibalistic lovers, as they travel by car throughout Reagan-era America. Bones and All also includes Mark Rylance, Michael Stuhlbarg, André Holland, Chloe Sevigny, David Gordon Green, and Jessica Harper in the supporting cast.

After several festival screenings, the film holds an approval rating of 91% via Rotten Tomatoes, with the site’s consensus reading, “Although its subject matter may be hard to stomach, Bones and All proves a deeply romantic and thought-provoking treat.” Bones and All was nominated for a Golden Lion Award and won both the Silver Lion Award for Best Director and the Marcello Mastroianni Award at the 79th Venice Film Festival during its showing in early 2022. The question is: where did the idea for the film come from?

Related: Bones and All: Cannibal Drama Has No Ties to Armie Hammer, Luca Guadagnino Claims

Yes, Bones and All is Based on a Book!

The film Bones and All is inspired by the 2015 novel of the same name by Camille DeAngelis, who has also written the novels Mary Modern and Petty Magic and a first-edition guidebook, Moon Ireland. The plot of the book Bones and All addresses problems such as feminism, loneliness, and self-loathing, as well as the moral dilemma of flesh-eating. The story follows a shy girl monster as she encounters other eaters and prospective victims on her quest to find her father. And when her journey is through, Maren will have to confront the awful birthright she’d do everything to get rid of. What makes the story so ironic is the author Camille DeAngelis is known for being a vegan.

The main character is essentially a serial killer, but the way she’s been written, the reader begins to feel for her and sympathize with her situation. Many people know what it is like to lose control or not have control of the things that happen in life. Reviewer Judith Reveal of the New York Journal of Books said, “DeAngelis’s voice and writing style are clear. Her description of characters and setting provide the reader with a good picture of surroundings and the people that occupy those locations. She remains inside Maren’s head through the entire story, allowing the reader to deeply experience what her main character is feeling.”

It looks like the Bones and All crew is taking the book seriously enough and sticking close to the content within the original text. Movie creators have a tendency to change key points in films when adapting them from written source material, so here’s hoping Bones and All doesn’t suffer that fate. As this newest adaptation makes its way from text to screen fans of the novel can look forward to seeing their favorite characters come to life. The Bones and All film is set to be released on November 23, 2022, but those curious about the movie can see the trailer below.