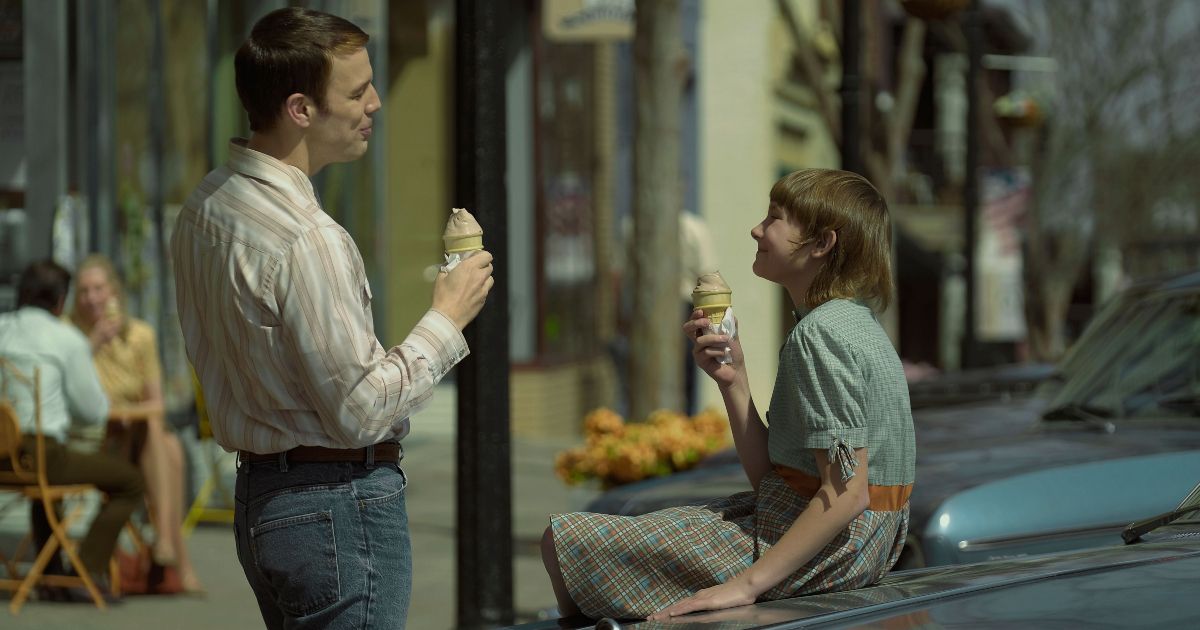 Although Jake Lacy is usually known for his “quintessential Good Guy” roles, the actor says he had no qualms about playing pedophile Robert Berchtold in A Friend of the Family.

“One is the things that would keep me from doing a role like this. Jan [Broberg Felt], who this story happened to, and her family w[ere] creatively involved as a producer on the show, and [writer and executive producer] Nick Antosca made that clear at the beginning to say she’s involved and if she wasn’t I wouldn’t be doing this.”

Related: Exclusive: Nick Antosca and Jan Broberg Discuss A Friend of the Family

“That, [as well as] the fact that Nick had said we weren’t showing the abuse. We weren’t finding some kind of logistical workaround to be like, ‘Here’s how we can film predatory child abuse.’ Knowing that wasn’t on the table, and that Jan was involved, the things that maybe would give me pause were already sorted out,” he said.

Lacy, 37, also said that he was intrigued by the challenge of playing a person so different from the “nice guy” roles the actor says he can “do in his sleep.”

“Then, separate from the subject matter—as horrific as his behavior is and the effect on his family, on other families—as a character, Robert Berchtold is layered and a real challenge to take on as to how to create this person, and tell the story. I always want to take on challenges and those come in different ways. Something that maybe was uncomfortable or unknown and go like, ‘I’m gonna have to dive in and trust the people around me, and trust my years in this business to create something’ rather than being like, ‘Let’s just go back to what I can do in my sleep,'” he added.

And trusting the crew behind him paid off. Lacy says that showrunners provided him with a treasure trove of primary source material from Felt, including diary entries and letters while preparing to get in the head of Berchtold.

“The producers, and Nick, and the writers had a trove of information directly from Jan, including not just timeline stuff, but court documents, investigative files, diary entries and letters. [It was] a whole slew of things that would either be not accessible or would be difficult to find. Things like those diary entries and letters give a real, personal subjective texture to what the experience was. Then Nick would filter some of that to me and say, ‘I think this would [be] of value.'”

The actor says he was careful to separate his own views from Berchtold’s perspective and did so by trying to “digest the elements” of the pedophile’s life as he was growing up, as well as studying predatory behavior and manipulation tactics.

And to achieve the latter, Lacy turned to literature and picked up Vladimir Nabokov’s Lolita, a novel told from a pedophile’s perspective.

“Also, reading Lolita to have a narrative way into this mindset. Berchtold, his nickname for Jan was Dolly, which is taken directly from Lolita. That’s not Nick lifting it, that’s Robert Berchtold taking that as an inside joke to himself, in a way,” he adds.

A Friend of the Family streams Thursdays on Peacock.