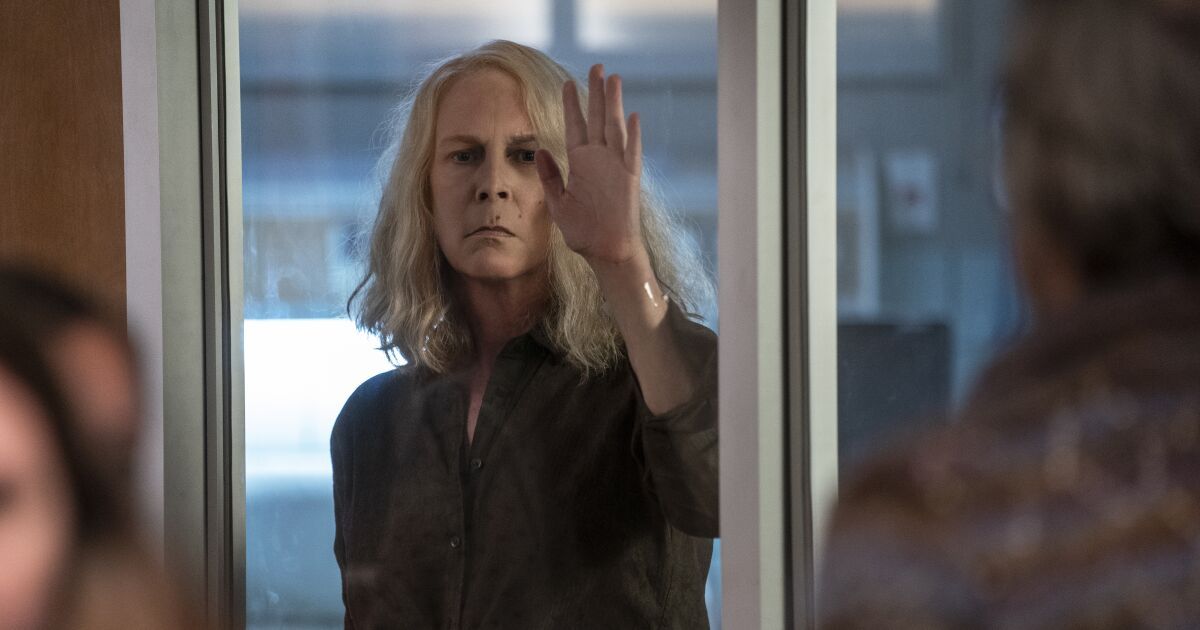 Legendary scream queen Jamie Lee Curtis is committed to having Halloween Ends serve as her final movie in the series. Back in 1978, it was Curtis who helped kick off the Halloween franchise by starring as Laurie Strode in director John Carpenter’s original film. She has popped up in different timelines throughout the series, but it all comes to an end with the release of Halloween Ends this week.

Ahead of the premiere of the film in theaters and on Peacock, Curtis appeared as a guest on Jimmy Kimmel Live!. Because Curtis has seen her character killed off onscreen in the past, there may be some horror fans that don’t trust that she’s genuinely done with playing the role, no matter what happens in Halloween Ends. While Curtis insists that she’s saying she’d finished with a “definitive flourish,” Kimmel presses her to make it official by signing a document that reads:

I, Jamie Lee Curtis, Queen of scream, daughter of Janet Leigh and Tony Curtis, mother of Lindsay Lohan. Hereby sweareth, under penalty of perjury, that HALLOWEEN ENDS (2022) will be the last Halloween movie I will ever appear in. For all time, across all sequels and multiverses. Enforceable by the Police Department of Haddonfield, Illinois. May God have mercy on us all. Baba booey.

As Curtis went to sign her name, she was met with some boos from the crowd as some horror fans aren’t quite ready to say goodbye to Laurie Strode. While Curtis jokes that she should call her lawyer first, she ultimately adds her signature to the document, putting it in writing that she’s done playing the part of Michael Myers’ arch-nemesis.

Even if she is not appearing in Halloween movies any longer, Jamie Lee Curtis will be carrying Laurie with her wherever she goes. She recently appeared at New York Comic-Con and addressed how it felt to say goodbye to Laurie after so many years, and she explained how she owes her entire career to the success of Halloween. In a video posted to social media, JLC can be seen breaking down into tears after telling the fans how much she’ll miss them as a star of the Halloween franchise.

“You know, endings are a bitch, but so is Laurie Strode. So… I’m ready to end it… but I’m gonna miss you so much,” Curtis said.

Per Variety, Curtis also said, “No matter what I do — whatever the f*** I do forever — Laurie Strode is because of you and I thank you. At this point, Jamie and Laurie have become woven together. There is no separation… I don’t have anything in my life without Laurie Strode. Nothing. I wouldn’t have a career, I wouldn’t have a family.”

Halloween Ends will premiere in theaters and on Peacock on Oct. 14, 2022.