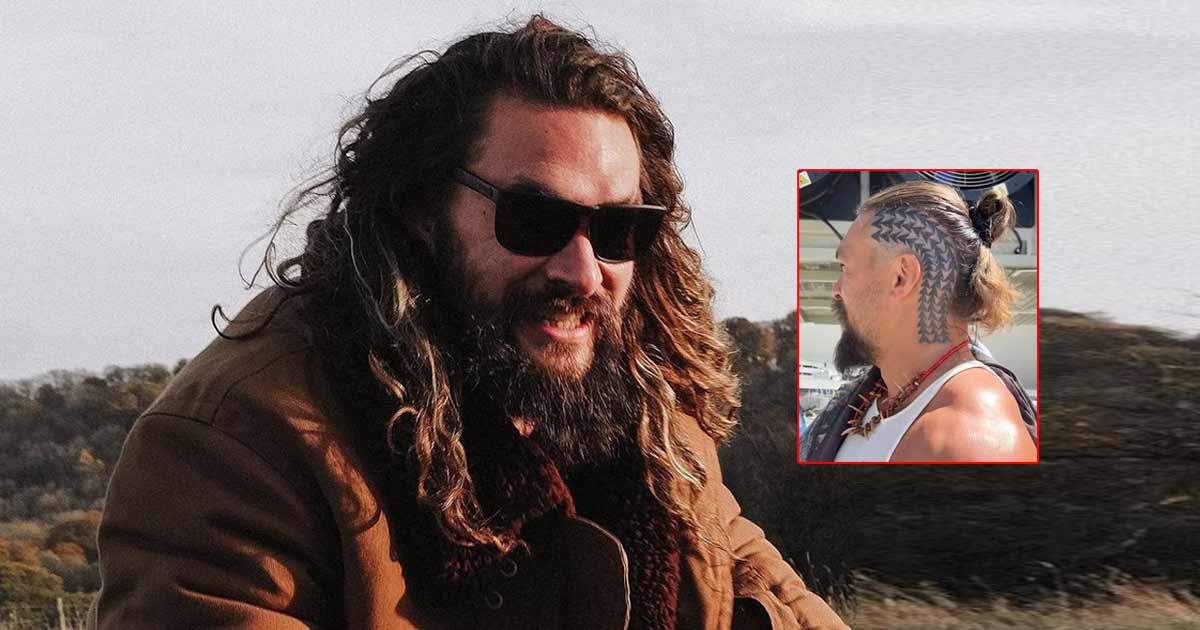 Hollywood star Jason Momoa had a surprise for his fans as he showed off his latest ink in honour of his Hawaiian heritage.

The ‘Aquaman‘ star took to Instagram and announced that he was en route to New Zealand, reports mirror.co.uk. Wearing a bowler hat, white tank top and grey jogging bottoms while carrying a pink luggage bag, the actor told the camera he was “on the roam baby”.

With a huge smile on his face, Jason Momoa couldn’t hide his excitement at riding Hawaiian Airlines to New Zealand post-Covid and said he had “something special for you”.

Taking off his hat, he showcased his brand new tribal tattoo on a newly shaved head, while his trademark locks stayed long on top.

The Honolulu-native shouted: “‘Chief of war coming, baby!” after unveiling the stunning design which wrapped round the side of his head from near his forehead to his neck.

Jason Momoa captioned the video: “Here we go @hawaiianairlines is back we’re going to New Zealand HAWAII TO AOTEROA Mahalo to my OHANA for being there for me yesterday @suluape_keone it was a true honor 20 years in the making. ‘So stoked @mananalu.water is on the flight mahalo again @hawaiianairlines help stop single use plastic. Always on the roam @soill Aloha j.”

His team confirmed the reason behind the design to JustJared, saying: “He got his head and neck tattooed. It’s a huge piece, it’s related to his Hawaiian roots and culture.” It’s not his only nod toward his Hawaiian heritage either.

The Hollywood star also proudly shows off other pieces of artwork on his chiselled 6ft4 physique, including a bold piece wrapped around his left forearm.

Must Read: House Of The Dragon Makers To Finally Correct Viral CGI Goof Up! Here’s When Revised Episode Will Stream