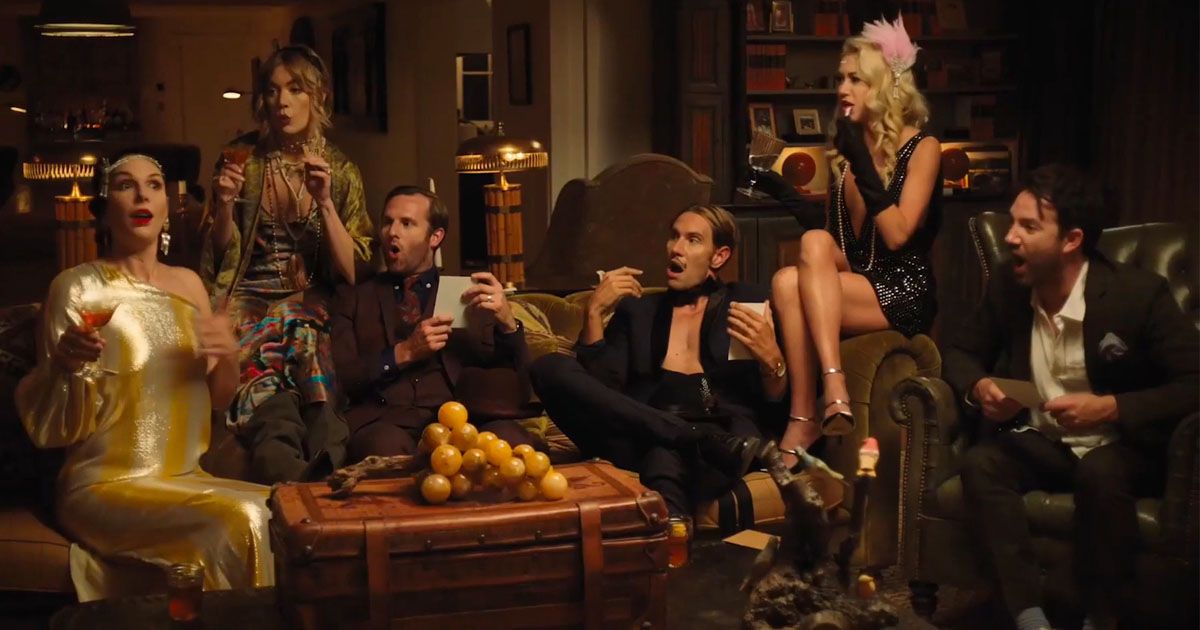 Jack (Michael Tennant) and Lindsay (Britt Rentschler) get sent down a path of unhinged drinking and partying when they’re invited on a getaway with rich strangers. Pretty Problems is packed with whimsical humor, and is “surprisingly sentimental at times,” as director Kestrin Pantera commented.

“It was like the funnest month of my entire life,” commented Pantera, “I lead a pretty fun life, and this was extremely fun.”

Pretty Problems initially premiered at SXSW where it won the Audience Award, with The New York Times referring to Pantera as “a force.” She’s also earned the Bay Area Filmmaker of the Year and earned the Grand Jury Prize for Best Picture and the Sonoma International Film Festival.

“It was one of those things you hoped for,” said Pantera when asked about her Audience Award at SXSW, “because I’d had another movie go to SXSW before, and then I think I was kind of like, ‘You know what, release, let it go. Pretty Problems, you just do you, boo. Whatever you got to be, be it.’ So, it was certainly something that I’d hoped for, but I had entered SXSW with a full sense of surrender by that point.”

“I think that my favorite part was these two side characters that were kind of the biggest [expletive] of them all. They were kind of these buffoons, right? And it’s just so fun having these characters that are absolute buffoons where you’re not worried about their emotional life, and they are just someone that takes you back to like Chevy Chase movies in the ‘80s, where you can just laugh and feel really good about it. There’s no underlying message. It’s just like you can punch down on these two folks because they’re just so lovably easy to hate. And even then, though, I feel like they have a gentle empathy that comes out, so I still really like them,” said Pantera.

Related: Exclusive: Andrea Riseborough and Marc Maron Discuss the Making of To Leslie

Sentimentality and Humor in Pretty Problems

As Pantera had mentioned, Pretty Problems has a core of sentimentality, existing in the relationships of the characters. “There’s a relationship that’s on the rocks, going into the movie between a husband and wife. I think it paralleled a lot of stuff that was going on in the real life of some of the people who were making it. There were a lot of real tears that flowed in those scenes, and so I think it does come from a very genuine place of exploring.”

That genuine place explores well into humorous territory, right from the script and in the intent of the film. “The second I read the script, which was on an airplane, I just started laughing out loud,” said Pantera.

“I feel like there’s a lot of indie movies that people talk about how important they are, and that they should seem them to bring more meaning to their lives and perspective. I’m excited to bring a movie that is for laughter and for joy and celebrating and taking away that we all compare ourselves to other people on the internet because they have more money, or because they have a more glamorous lifestyle, and they have all their [expletive] that they’re doing. I just hope that audiences are able to go and laugh and give themselves a [expletive] break and just have a little bit of grace and empathy for themselves. Go have fun,” Pantera added.

Pretty Problems comes to us from IFC Films.