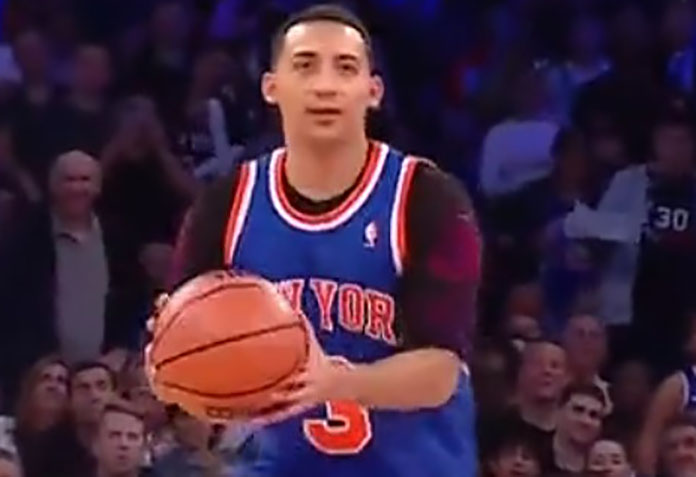 A male Knicks fan hit a long-distance shot during the Knicks-Celtics game Saturday night at Madison Square Garden — and won a Kia car.

The fan, who was wearing a John Starks No. 3 jersey, banked in a half-court shot during the third quarter and then chest-bumped with RJ. Barrett, sending the Garden crowd into a frenzy.

Despite that good karma, the Knicks came up short, falling 133-118 to the Celtics and are now 4-5 on the season.

It was a night where a lot of long-distance shots were as the Knicks were undone by the 3-pointers by Boston’s sharpshooters. The Celtics connected for a franchise-record 27 treys – also setting the mark for 3-pointers allowed by the Knicks.