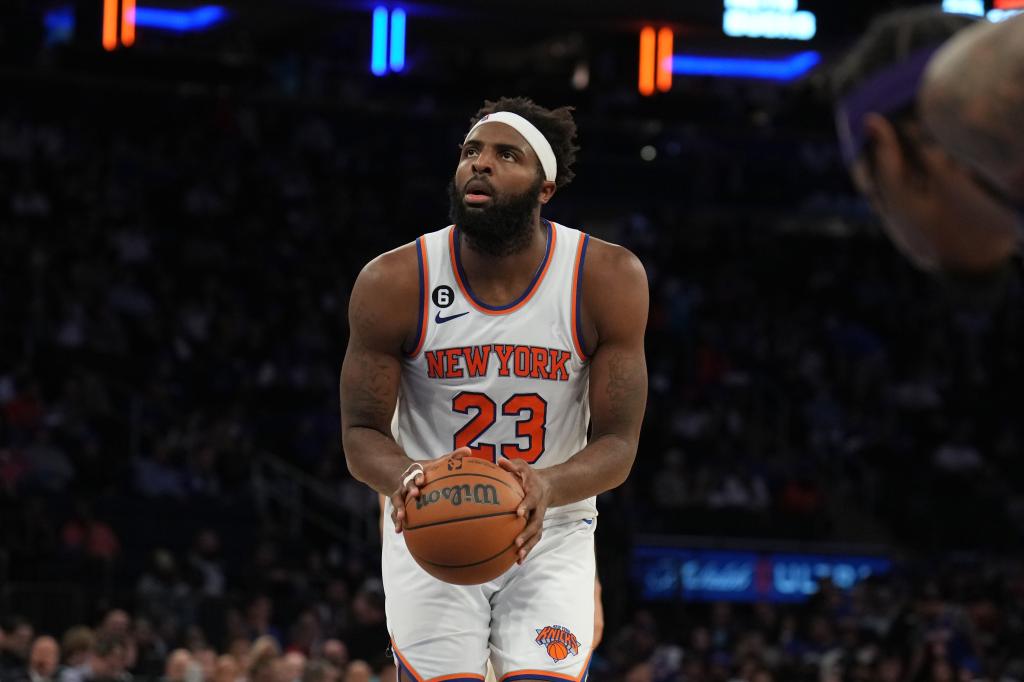 Knicks’ Mitchell Robinson out at least a week with knee sprain

The Knicks are expected to be without starting center Mitchell Robinson for at least the next few games.

Robinson missed Saturday’s home tilt against the Celtics with a sprained right knee, and he will be reevaluated in 7-to-10 days.

“I don’t know exactly everything that was done, but he was evaluated by the medical team and so it’s a sprain, a mild sprain, and he’ll be evaluated in seven to 10,” Tom Thibodeau said.

Robinson departed Friday’s win in Philadelphia late in the first half, and Thibodeau employed a smaller lineup featuring Julius Randle and Obi Toppin together in the frontcourt as the Knicks rallied from a 10-point deficit in the fourth quarter.

Quentin Grimes also was held out Saturday on the second night of back-to-back games. The second-year guard had started Friday night in place of Evan Fournier in his second appearance of the season after missing the first six games with foot soreness.

“We’re taking it day by day, he’s just getting back into it. So we’ll see where he is [Sunday],” Thibodeau said.