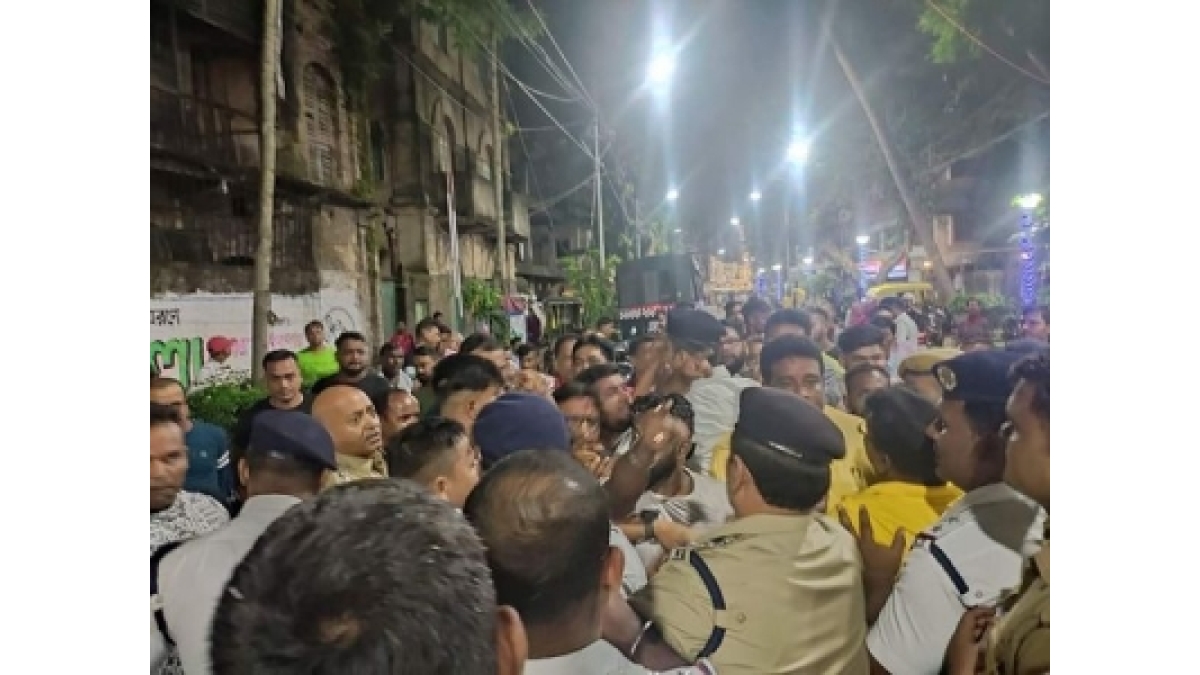 The Indian Marxists, who always stayed away from participating in Durga Puja, usually sets up book stalls for selling Marxist literature as a part of their public relation exercise during the festival days.

Accordingly, the party’s local committee in that area had also been setting up that book stall near the puja pandal at Rashbehari Avenue Crossing this year as well.

According to a statement issued by the Communist Party of India-Marxist (CPI-M) state committee in West Bengal, a minor tension broke out on late Sunday evening, when a group of local Trinamool Congress activists objected to a poster in the stall that read, “Catch thieves and fill up prisons,” apparently targeting the ruling party leaders allegedly involved in the multi-crore West Bengal School Service Commission (WBSSC) scam.

The CPI-M leadership alleged that the Trinamool Congress activists also had spoiled the covers of some books at that point of time.

Soon, the local Trinamool Congress activists reached the spot and altercations broke out between the two groups.

There were minor scuffles as well.

Later, the police arrested the agitating CPI-M activists including the party leaders.

Following his intervention, the selling of Marxist literature at the stall resumed again. Heavy police contingent has been deputed at the spot.

Before being arrested, CPI-M state secretariat member, Kallol Majumdar told media persons that the poster only read “catch thieves and fill up prisons”.

“Nowhere, the poster associated Trinamool Congress with thieves. Then why did the ruling party workers become so agitated? Isn’t the reaction on their part a subtle reflection of guilt consciousness?” he questioned.