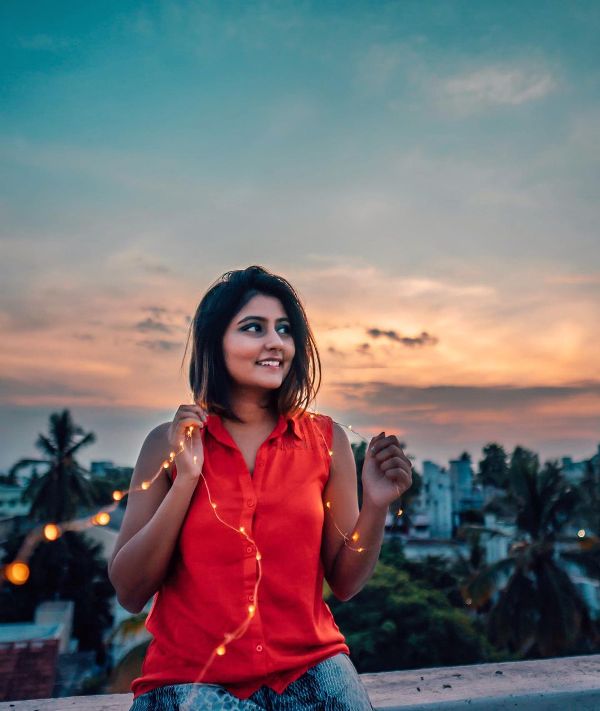 Kritika Goel is a female Indian travel vlogger and content creator who roams solo around the world and shares her travel memories with her many fans across Youtube, Instagram, and other social media channels. She has travelled to more than 20 countries and has partnered with the tourism departments of many countries to promote tourism.

Kritika Goel was born on Monday, 26 February 1994 (age 28 years; as of 2022) in Vellore, Tamilnadu, India. She completed her schooling at Shrishti Vidyshram School, Vellore in 2010. From 2010 to 2013, she did BA honours in Economics from Lady Shri Ram College for Women, New Delhi. From 2014 to 2015, she did PG Diploma in Advertising and Marketing Communications from Xavier Institute of Communications, Mumbai. From June 2012 to July 2012, she worked as a Summer Research Intern at  Bharti AXA General Insurance in Bengaluru, India and did an Individual research project on the Motor Insurance Industry in India. In 2013, she worked as a financial analyst at TresVista Financial Services, Mumbai. From November 2013 to May 2014, she worked as an accounts executive and client servicing manager at Lowe Lintas and Partners, Bengaluru and worked on brands like Fastrack, Myntra.com, Vero Moda and Ozone Group. From October 2014 to November 2014, she worked as an account planning intern at Ogilvy & Mather, Mumbai and made challenger brand strategies for Nutrela and did category understanding (biscuits) for Mondelez. From 2015 to 2016, she worked as an account executive at BC Web Wise, Mumbai and worked with reputed brands like Hero Moto Corp, HUL, Pond’s, ICICI Direct, Pidilite and Kokuyo Camlin. From August 2016 to July 2017, she worked as a product marketing manager at Kokuyo Camlin Ltd, Mumbai. In 2017, she quit her job and started her youtube channel ‘Kritika Goel’ and turned into a full-time travel vlogger.

She belongs to a Hindu family.

Her Father’s name is Ramesh Sharad Kumar and her mother’s name is Anupama Goel. Her father is from Vellore and did B.E in Mechanical Engineering from Anna University, Chennai in 1991. Her father also has a youtube channel ‘Investing with Sharad’. Her mother went to Mater Dei Convent School, New Delhi and completed her graduation from Lady Sri Ram College, Delhi University. Her parents got married on 20 February 1992. She has a younger brother named Vikram Goel. He studied at Shrishti Vidyashram School, Vellore and is currently studying at Berklee College of Music, Boston, Massachusetts.

She lives in Mumbai, Maharashtra, India and Vellore, Tamilnadu, India.

Life as a Traveller

She has said that she got the love for travelling from her parents and she did not like the jobs she was doing in the corporate world so after working for 4 years, she decided to quit the job and take up travelling as a full-time hobby. She started with budget trips to Indian places like Varanasi, Goa, and Kerala. She also toured foreign countries Thailand and Vietnam.

She says that her favourite road trips across India are a two-week road trip around Ladakh where she covered a lot of offbeat spots (like a village named Tingmosgang where she spent a couple of nights), and a road trip around Arunachal Pradesh and Assam.

She has travelled to more than 20+ countries and is one of the earliest women travellers in India. She has more than 400,000 subscribers and 40 million views on her youtube channel.

Hey guys, thanks to all your nominations, I’ve been nominated for the Cosmopolitan Blogger Awards in the travel category! 💕
Would really appreciate it if you could take a minute to click on the link below and vote for me. Thank you so much! 🤗💖https://t.co/lWwCuOrB4e pic.twitter.com/W0nPJi76hA