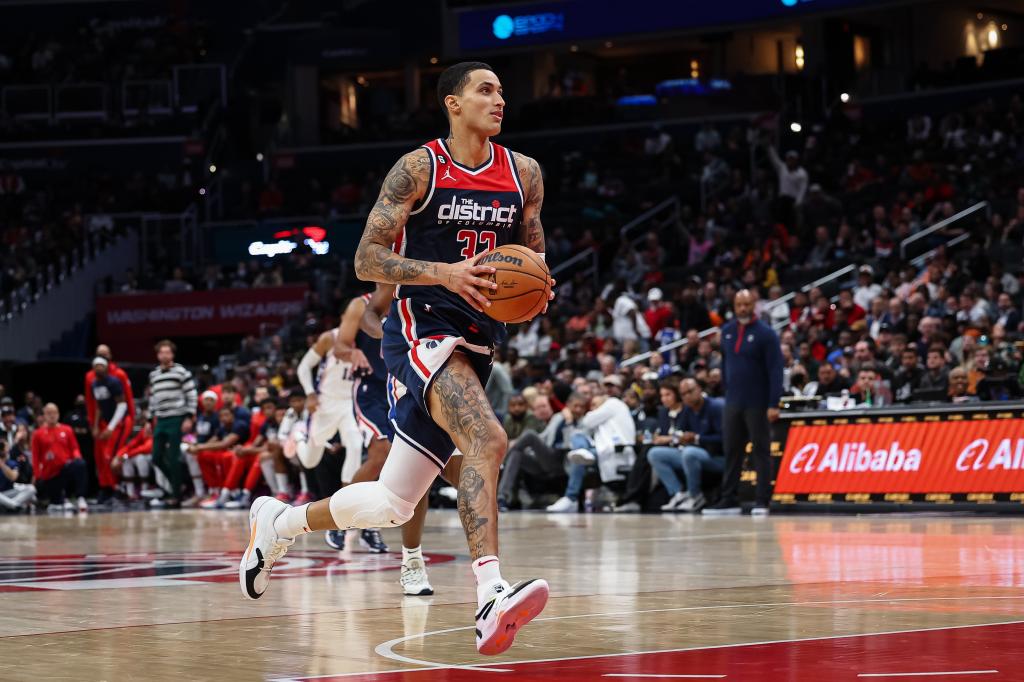 “Can’t even tell the truth no more,” Kuzma wrote.

Many social media users were quick to assume Kuzma was referring to Irving, whose promotion of a film with anti-Semitic tropes — and refusal to apologize for an entire week — got him suspended for at least five games by the Nets on Thursday.

Not so fast, the 27-year-old former Laker said. A little over an hour after sending his original tweet, Kuzma clarified the meaning behind it.

“This is not about any current events lol.. have a good day.”

After the Wizards’ loss to the Nets on Friday, Kuzma gave further context to the meaning behind his tweet.

“My tweet got taken completely out of context,” he told reporters. “Probably a product of wrong place, wrong time.

“Anybody who knows me knows my character. I’m all about peace and love. I don’t condone any discrimination or hate of any race, religion, politician, whatever you want to call it.”

Kuzma is enjoying an otherwise solid season for the Wizards so far, averaging 17.4 points and 7.1 rebounds.