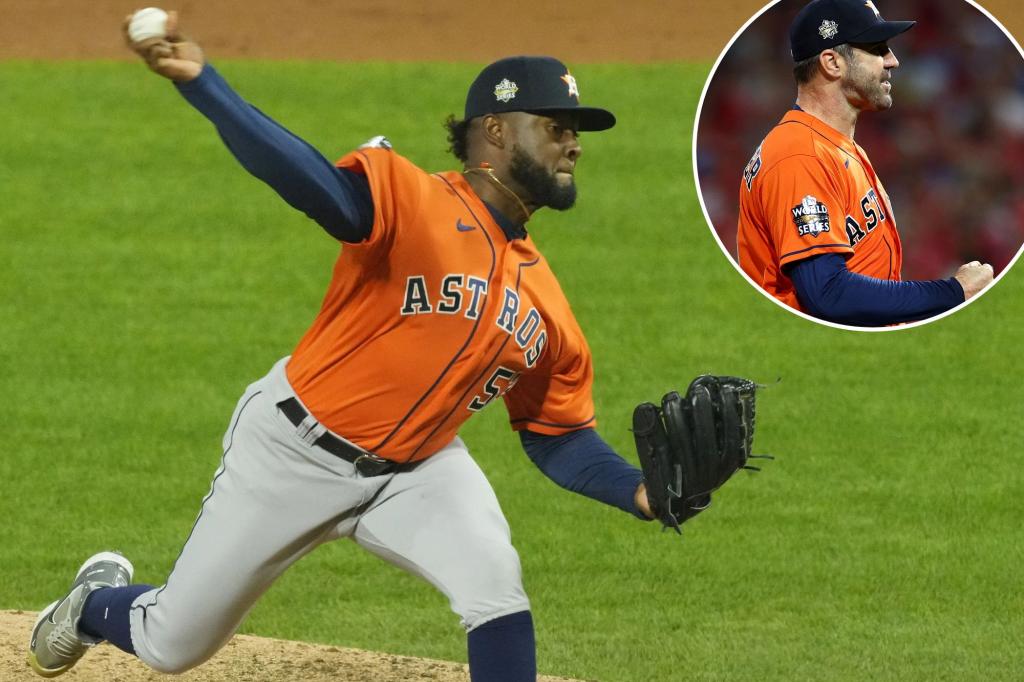 HOUSTON — Astros manager Dusty Baker pulled Cristian Javier after 97 pitches and six innings in Game 4 of the World Series though the right-hander was throwing a no-hitter.

It was the right thing, for both Javier and the Astros, who completed a combined no-hitter.

Baker stuck with Justin Verlander through trouble in the fifth inning of Game 5 and somewhere in both his heart and brain, the manager admitted later, was the understanding that the veteran righty needed one more out to qualify for his long-attempted first World Series win.

It was the right thing for Verlander, who got the win, and it also turned out well for the Astros.

Those two victories, which gave Houston a 3-2 series lead and moved it to the brink of winning the 118th World Series, exemplify an overarching problem for central baseball. So much that is efficient and smart these days can rob pitchers of the chance for individual accomplishments — the kind that might draw more than a local fan base to care.

Let’s take them one at a time:

1. I have witnessed three Javier starts in person this year. Two ended in combined no-hitters — one in June versus the Yankees and the other in Game 4 of the World Series. Javier is the most dominant pitcher I have seen in 2022. Yet, both no-hitters played into the modern game: They were meaningful to a local market, but didn’t resonate nationally.

There is a difference between a team allowing no hits and a no-hitter. The no-hitter, to me, is when one pitcher is fighting fatigue and facing a lineup for the third time, while coping with the tension associated with being out there alone the whole time. That quest could draw outside interest. But a relay-race no-hitter?

Maybe if it were a close game in which one swing could change the outcome. But in Game 4, Houston raced to an early 5-0 lead. Maybe if a home crowd were creating an atmosphere, but Game 4 was in Philadelphia. And maybe if we just were not inundated with this. For what is rare is valuable. And in 2022, no-hitters were carried through four innings 225 times (roughly nine times a week), through five innings 108 times (four times a week) and through six innings 47 times (twice a week).

There has been just one solo no-hitter, by the Angels’ Reid Detmers, and three combined, the two by the Astros and one by the Mets versus the Phillies on April 29. Even for Mets fans that feels like the uninteresting stepchild of Johan Santana’s solo effort in 2012. Yes, of course, that was the first in franchise history. But imagine if the first had been a tag team no-hitter. Meh.

Terry Collins let Santana throw 134 pitches to chase history. Santana was never the same after that in what turned out to be the final 10 starts of his career. Javier had never thrown more than the 115 pitches he tossed against the Yankees in the June no-hitter. He had never been asked to get an out in the eighth inning. Allowing him to finish the Game 4 no-hitter would have been like asking someone who runs the 1,500 meters to jump right to a marathon. Baker was right to remove Javier to protect him, win the game and perhaps have him available in some form if there were a Game 7.

But the logic made the no-hitter all less compelling outside Houston.

2. Conversely, Baker left Verlander in to complete five innings in Game 5. The lone blemish on Verlander’s Cooperstown-bound career was that he was 0-6 in eight World Series starts with a 6.07 ERA. He had personally given up the lead in six of the eight starts. If he already had a Fall Classic win, then I strongly believe Baker would have gone to the bullpen with two out and a runner on second in the fifth.

Because the hitter due up, Nick Castellanos, had smoked the ball in his previous at-bat against Verlander. And because the Astros’ bullpen has been the biggest force of this postseason (0.88 ERA). Just to revisit why the no-hitter was so anticlimactic, there were 152 times this year in which three different relievers threw at least three innings of no-hit relief, including Game 4. Once relievers come in, we are now conditioned that hitters are about to be overwhelmed.

But in Game 5, Baker trusted his ace, who won a 10-pitch battle to get Castellanos to fly out with his 94th pitch. The drama then was enhanced as we waited to learn whether the Astros could get to the finish line to earn Verlander the win. It was an enticing side story — The Old Man and the “W.”

Again, smartly, the modern game has drained the importance of the pitching win or accumulating 20 victories in a season, just as it has with stats such as 100 RBIs or batting .300. But those were achievements that kept fans interested — the individual quests. And those who still care about them have been made to feel antiquated, stupid or both. But those stats haven’t been replaced by something else. No one is sitting during a game hoping their favorite player reaches 5.0 Wins Above Replacement for the season.

The individual odyssey within a game and within a season has been minimized. It is often the right thing. It just is far less interesting and, thus, worse for the good of the game.