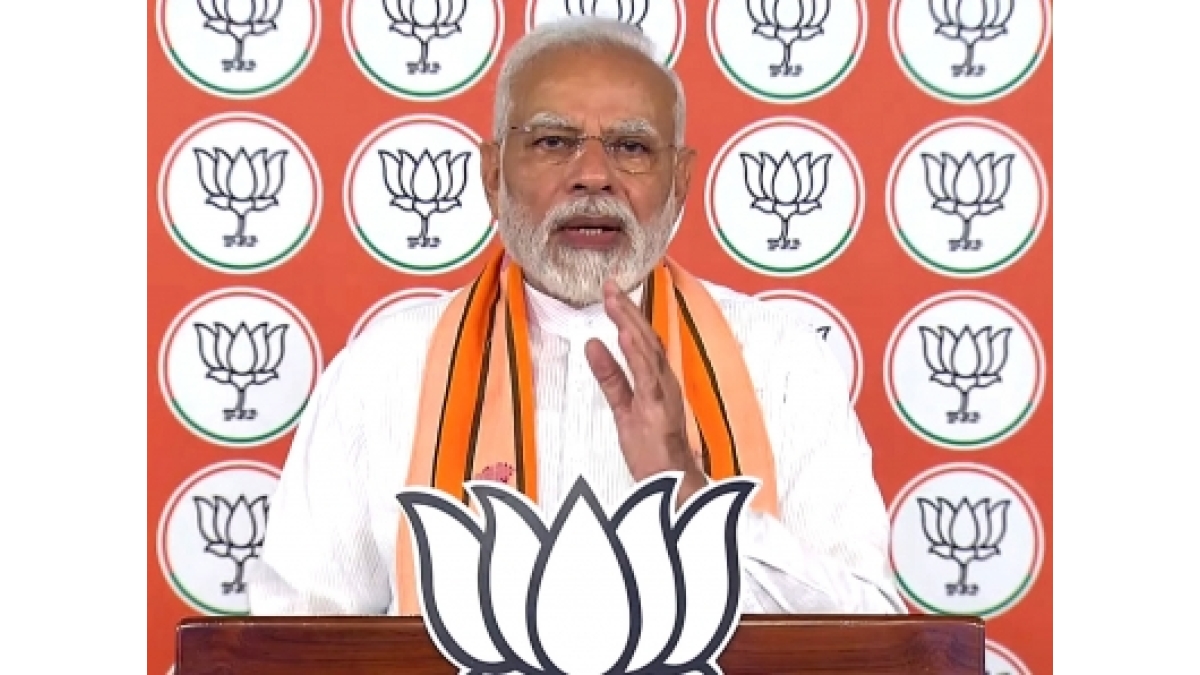 “The youth of Himachal know that with a clear and honest intention if anyone can develop Himachal, that is only BJP,” Modi said in a virtual address to a youth rally named Yuva Vijay Sankalp rally, the first of the three rallies planned ahead of the poll announcement, in Mandi, the district with 10 Assembly segments, the state’s second highest, with crowds of people below the age of 40.

Modi had to cancel his visit at the last minute owing to rains.

Saying that the world’s trust in India’s government has grown, Modi said the BJP focused on giving opportunities to the youth. “The BJP government is working to boost tourism in Himachal Pradesh.”

Expressing gratitude to the youth for assembling at the rally venue despite braving the rainfall, Modi said, “The BJP trusts the youth the most. Now the youth power of the country will fulfill the resolve of making India a developed nation in the ‘Azadi ka amrit kaal’,” he said.

The phrase ‘Azadi ka amrit kaal’ means a journey for the next 25 years to improve the lives of the citizens of India, reduce the divide in development between villages and cities and reduce the government’s interference in people’s lives.

Aiming to woo the voters below 40 years of age, who comprise nearly 45 per cent of the registered electorate, the Prime Minister, who first apologised for communicating with them from Delhi, said the BJP’s top priority was always to give maximum opportunities to the youth.

“Be it a Chief Minister, an MP or a Minister, the BJP is a political party in the country in which the youth is represented the most everywhere,” said Modi, who hailed Commonwealth Game 2022 winners from the state.

Stating that the people are now understanding the importance of a stable government, he said, “Even in UP and Uttarakhand, governments used to change every five years. But people elected the BJP government again in recent Assembly elections in both states.”

The Prime Minister in his 20-minute address in Hindi, which received a great applause from the rally venue, some 500 km from the national capital, said, “In the coming days, I will surely come and will meet the people there.”

Narrating the benefits of a double-engine government in the state and at the Centre and the speed of development and the implementation of schemes, the Prime Minister said, “We have allocated Rs 14,000 crore for national highways in Himachal Pradesh. We also brought facility of ropeway along with developing villages near the border areas. We also approved the proposal to add Hatti community in the list of STs in the state.”

He said for decades there were coalition governments with an atmosphere of uncertainty. aceDue to that the people in the world were skeptical about the country. In 2014, a stable government was elected which brought stability to policy-making and governance.”

After Mandi, Modi is likely to address public meetings in Bilaspur and Chamba town at later dates. BJP leaders Amit Shah and J.P. Nadda will also visit the state separately.

Himachal Pradesh was traditionally dominated by the Congress and saw its first non-Congress Chief Minister, Shanta Kumar, in 1977, when the Janata Party came to power.

The Assembly election in Himachal Pradesh is scheduled in November.

The BJP had won a majority in the 2017 Assembly polls with 44 seats in the 68-member Assembly.