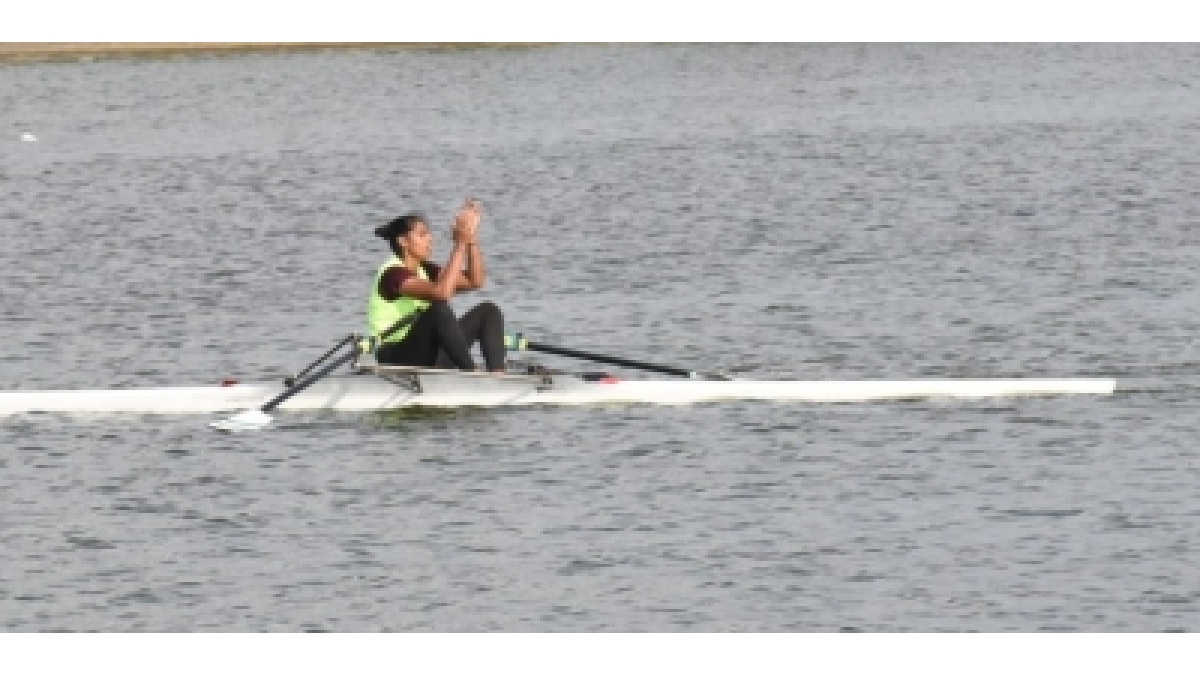 “I had gone swimming and I got intrigued by the boats,” she disclosed on Monday, shortly after winning her second gold in the Quadruple Sculls with Vindhya Sankath, Poonam and Rukmini. Earlier, she had won the Singles Sculls crown too.

The boys, however, mocked her and refused to let her into the boat, making her even more determined to give it a shot.

“I don’t know. I just wanted to sit in it at least once because of that. I craved for it,” Khushpreet Kaur explained.

She soon created her chance to not only sit in the rowing boat but also to man it. “The moment I sat in the boat something clicked in my heart. I felt extremely happy. Then and there, I decided that I wanted to do something in this sport only.”

Originally from Bhatinda, she had moved to Chandigarh to pursue a career in athletics. But in that single moment, she gave up discus throw and hammer throw and got down to rowing.

“I started to train at a small club in Punjab but even that was not easy as I was the only girl,” she explained.

Around that time, Khushpreet Kaur learned about some trials in rowing at the famed Bhopal Academy in Madhya Pradesh.

“I not only got selected but I have been training there since 2019,” she was quoted as saying in a press release on Monday.

Her hard work bore fruit soon after, making it to the Indian team for the Asia-Oceania Olympic qualifications in 2021. She failed to earn an Olympic quota but impressed everyone by finishing fifth in the Single Sculls category.

She now wants to put Indian women’s rowing on the world map by winning medals in international competitions.

“We still haven’t won any medals in female categories at the international level in this sport. So, my aim is to get a medal for my country,” she declared.