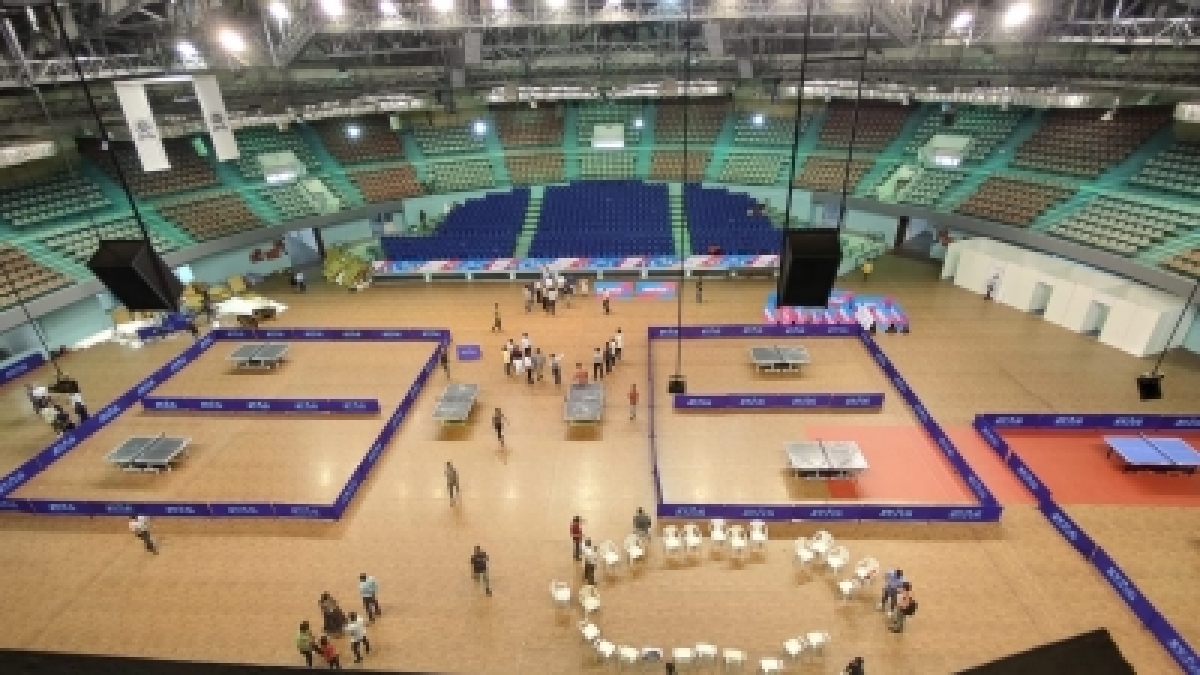 Though Surat is not new to hosting mega sports events, the atmosphere at the 6800-capacity stadium is certainly going to be very different, even electric, as India’s top paddlers battle for glory and gold.

The majestic stadium, inaugurated in December 1998, has been all decked up for the gala event with bright and colourful branding inside the stadium.

The local organisers have installed eight brand new tables and have laid out a made-to-order sports carpet from Meerut to give the players an international feel. Interestingly, the same carpet can be used for the badminton competition too later in the Games.

An air-conditioned dining area has also been refurbished for the players where they will be served not only sportsmen-friendly dishes but also Gujarati delicacies.

This will be the second time that a major table tennis competition is being held at the PDDU, following the 20th Avadh Commonwealth Table Tennis Championships in 2015.

Local star Harmeet Desai and Gujarat’s Devesh Karia were part of that Indian squad which won three gold, five silver and seven bronze medals to top the standings seven years ago, said the local organising committee in a release on Sunday.

“Commonwealth Table Tennis Championships was the first-ever international TT tournament hosted in Gujarat. We got a lot of praise from all quarters. The success of that event gave us the confidence that we can host more international meets in Gujarat,” said Director of competition Kushal Sangtani.

“We are working with the SAG and the Surat Municipal Corporation, just like the last time, which has made our jobs easier,” Sangtani added.

The first major sporting event at the stadium was the 3rd Asian Gymnastics Championship back in 2006 with a total of 105 gymnasts from 19 Asian countries competing for top honours.

“No one had ever heard of such a huge sporting event in Gujarat before. When I started, there were several doubters, but we pulled off a great event that set the ball rolling for sporting events in the future,” said the tournament’s organising committee secretary Kaushik Bidiwala, adding that the then Gujarat chief minister Narendra Modi had inaugurated the competition and the stadium was full on all days.

The organisers are hoping for a similar response from the residents of Surat and have also tried to provide access to young kids as part of their attempt to popularise the game.

“Hosting the National Games is a once in a life-time-opportunity, so we are in touch with Surat’s educational institutions and sports associations to send their kids to witness the event,” said PDDU Indoor Stadium manager Hemang Jani.