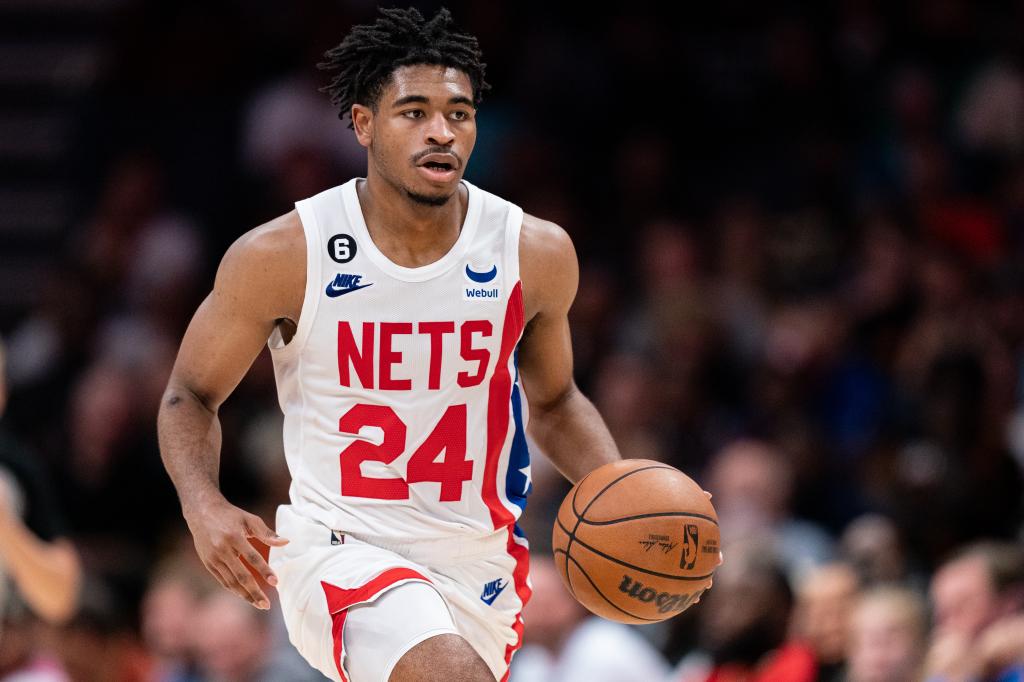 DALLAS — One does not simply replace Kyrie Irving. But the Nets are showing they might be able to win without him, and Cam Thomas is part of the reason why.

Thomas has stepped up in the wake of Irving’s suspension. With the star’s absence indefinite, Thomas has been handed a golden opportunity by interim coach Jacque Vaughn, and is making good on it.

“It means a lot. It was a rough first two, three weeks of the season for me,” Thomas said. “So for Coach JV to have trust in me to close the game out, and play me a good amount of minutes these last two games, I can’t thank him enough for that.

“And I want to thank my teammates too, for trusting me with the ball down the stretch like that, KD [Kevin Durant], of course.”

Whether Steve Nash, who was fired Tuesday, would have played Thomas is uncertain, but Vaughn has used the second-year guard, who had been out of the rotation, as a sixth man. The results have been impressive as the Nets prepare to face the Mavericks on Monday.

Fresh out of mothballs, Thomas not only performed well in wins at Washington (where he was a +36) and Charlotte, but also he handled endgame situations with aplomb.

“It’s awesome to have Cam finish the game. It’s lessons of life. It’s amazing what the difference of a week could look like, what two weeks can look like. And he was ready,” Vaughn said. “Cam is a hooper. I could take him to Rucker Park, I could take him to Crenshaw. … He can hoop. An unbelievable job.”

It speaks volumes that Thomas stayed ready after logging just 14:39 total in three cameos over the first eight games of the season.

Thomas, 21, even briefly changed his Instagram bio to read #freeCT️. He also posted to his story a TV clip of an angry man bemoaning how he had sacrificed and done everything asked of him, but gotten nothing in return.

Since the suspension of Irving, what Thomas has gotten is a chance. Vaughn didn’t have to tell him — he knew full well what he had to do with it.

“No, no conversation. Ky went down, so I assumed I was going to have an opportunity to play, so I just want to make the most of it,” Thomas told The Post. “I just stayed ready and was hoping I got the opportunity.”

In the past two games, Thomas had 38 points (second on the team to Durant) and shot 3-for-6 from 3-point range and 13-for-14 from the free-throw line.

More impressive is how clean and under control he was while still making plays. Thomas had 10 assists and just a single turnover, and was a +49 in 61 combined minutes.

“He’s quiet and doesn’t show much emotion, but he’s always been a high IQ player who watches the game and watches the greats, knows the history of the game,” Durant said. “So he’s tried to implement some of that stuff.

Sign up for Inside the Nets by Brian Lewis, exclusively on Sports+.

“This is all about gaining experience. He’s going to need more reps, and you’ll see him getting better and better. But it’s a natural talent, so he can come out there after seven or eight games and just transition smoothly. So we’ll need more from him going forward. He can do more. We’ve got high expectations for him.”

Thomas agreed the game is slowing down for him as he gains experience.

“Yeah definitely just getting a feel for the NBA game, picking the game apart,” he told The Post. “It helps the scoring come easier when you pick the game apart like that. I just want to keep improving what I did.”

He has earned enough respect that, with Irving out, the Nets are running a lot of two-man actions with Thomas and Durant.

“I’m just reading the game,” Thomas said. “Coach JV draws it up for us to run our two-man game on the one side, because most of the time when they switch off of me, I throw it in to Kev. They’re going to double team so it leaves me wide open. It leaves everybody wide open, so he just has to make the right play, I’ve got to make the right play and then the dominoes fall after that. It’s just real good offense.”