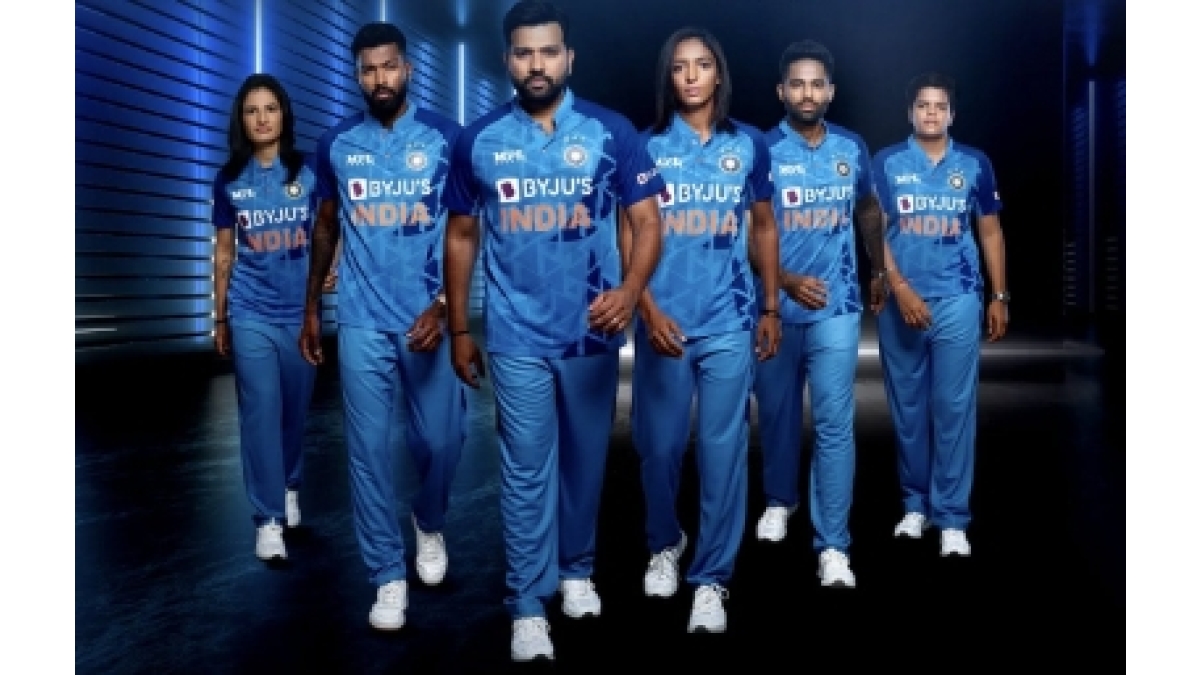 For the first time in Indian cricket history, the jersey was unveiled not by the national team, but by the Mumbai Under-19 women’s cricket players along with some of the ‘superfans’ of the game.

The jersey comes in shades of the iconic and fan-favourite blue colour for a look befitting the champions of the game. Termed as ‘One Blue Jersey’, it will make its debut on the pitch during the first match of the upcoming T20 series against Australia on September 20.

“The jersey pays homage to the legions of fans that span different genders and age groups, and transcend geographical borders,” the kit sponsor said in a release.

“It is styled with a pattern of equilateral triangles – a universal symbol of the blend of energy, spirit and power – that celebrates the unswerving support of the fans who have stood behind the team through thick and thin,” it added.

Combined with petals found in the BCCI’s official insignia, the jersey embodies the loyalty and merit that the game demands. It will be available for purchase at kit sponsor’s official website and at all leading e-commerce and retail outlets.