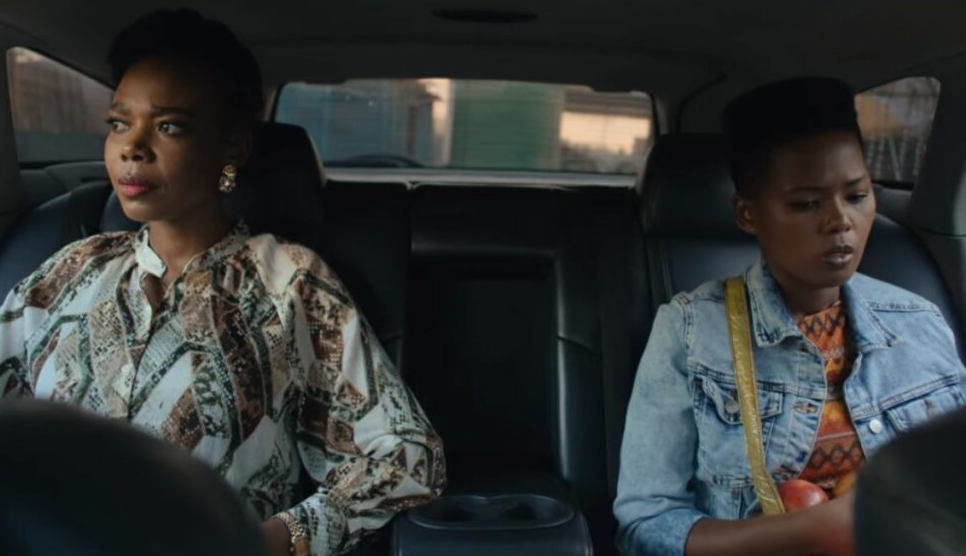 New South African Series has Heart but Lacks the Build-up

South African mythology hasn’t been explored much, so Akin Omotoso’s new supernatural Netflix show, The Brave Ones, is a great way to learn more about it.

The first episode of the six-episode series came out on September 16, 2022. It stars Sthandile Nkosi, Tony Kgoroge, Nomalanga Nkosi, Bonko Khoza, and others in a mix of genres.

The Brave Ones shows us the lives of Ntsiki, a young woman who is having a hard time, and Ayanda, a mother who is in despair. The two women live in very different conditions and situations. Even though their lives are different, they have a lot in common, and it all has to do with the supernatural lives of the ancient gods known as the Wise Ones and the beings in the title.

When a project has well-developed characters from other worlds, the writer has to build the story around them, which often makes the story better. But if the story is more powerful than the characters in it, it can sometimes overpower them, no matter how strong they are.

The Brave Ones is a good example of this kind of plot. The idea behind the show as a whole is very ambitious. It is a great step in the right direction to start talking about South African legends when Greek and Norse mythologies have already established themselves as big ideas. But Omotoso’s most recent work isn’t able to bring about the scary heroes in question.

The show could have easily gotten darker, which would have made it more interesting, but it moves very slowly in that direction. And before we know it, the six-episode miniseries is over.

But that doesn’t mean that it has nothing good to offer. Even though the series is mostly about supernatural things, it is based in the real world of social class. We see a lot of corruption in the project that Luthando (Tony Kgoroge) is working on, which ties together a few of the side stories.

In a way, the supernatural theme is used as a metaphor for the real destruction of a community and their land. The “tree of life” is a supernatural being, and the idea of their land being destroyed and them having to move is linked to it. Also, because distressed modernity is used as a way to call back to old myths and legends, no one knows what to expect, just like the people who live in the land of Ilanga don’t know what to expect.

People who are being mistreated need a new-age hero who knows where they came from. So, Ntsiki’s Brave One comes into the world. Some people might even compare her to the character Eleven from Stranger Things, but she is more of a goddess than an experiment. But her regal avatar doesn’t really come through, so her character arc isn’t as powerful and interesting.

The show is more about family drama than about anything else. Sometimes, the smallest and most simple action is enough to make waves, and Ayanda’s family problem adds to the story’s emotional quotient in a small way, rather than the big picture of a goddess being in it. So, the humane factors are a big part of what makes the show go on.

When you’re watching the show, it may seem like a lot is going on in the six episodes of the season, but as soon as you’re done, you’ll find that you don’t remember many of the characters. Some episodes have very strange pacing, and the fact that the story doesn’t go in a straight line doesn’t help. A lot of the mythology needs to be explained for us to understand where each character comes from.

That doesn’t happen until the end, though. As you watch the episodes, you can’t help but be interested in what might happen. The idea is great, but it won’t be able to reach its full potential until the characters are well-developed. No matter what kind of family moments there are in the series, they all help build the story. But it doesn’t do a very good job of building characters.

Moments that people have been looking forward to for a long time, like when Ntsiki finally accepts herself as the Brave One, don’t work out. These kinds of turning points don’t always make you care about the character. In any show or movie, the main character should be someone that the audience wants to win. Even though we understand that her tragic past is what drives her to accept who she really is, we can’t feel how sad it is and are left wanting more.

Ntsiki falls short for a character who is supposed to be a goddess who has come back to life. On the other hand, the costumes for the native people are perfect, but other parts of the movie, like the action scenes, the introduction of the lore, and the showing of how strong The Brave Ones’ powers are, could have been done better. When it comes to these kinds of shows, the audience wants moments that will push them to the edge and make them shiver. If the show is picked up for a second season, we might get to see how big the body of work really is and how well it matches the subject matter.

How many movies have there been about people who have been hurt by violence but decide to get even? Charles Bronson made five movies called “Death Wish.” “Death Sentence,” with Kevin Bacon, came out two weeks ago. How should we talk back to them? Why didn’t Bronson get caught when the number of people he had killed went over 50? But now Jodie Foster has teamed up with a talented co-star and director to make a movie that really deals with the problems.

Foster is so good in thrillers because she looks natural, unaffected, scared, brave, and like she means it. And “The Brave One” by Neil Jordan gives her a strong character to play against. Terrence Howard and Foster are great in scenes that are hard for actors to play because they both know that they know more than they’re saying.

Foster plays Erica, a New York radio talk show host. She is going to marry a doctor named David (Naveen Andrews). One night, she and David are mugged in Central Park, and he is killed and she is badly hurt. Erica is terrified when she is let out of the hospital. Her idea that living in the city would be safe is shattered. She buys a gun one day and practices with it at a shooting range, where you can see her fear turn into anger.

Not long after that, she’s at a late-night store (note: midnight strolls in Central Park rank second only to all-night stores in their movie-crime rates). A robbery happens, there is violence, and she kills a man to save her own life. How does she feel? I’m scared and maybe even sick, but I’m glad she’s alive.

We started with a nice NPR guy whose voice is almost too calm and patient, and now the movie is sometimes narrated by a woman who sounds like she doesn’t work in the office above the saloon, but she does own a piece of it. Erica never thought she was capable of killing, but now she’s hooked on it. She gives herself to criminals as defenseless bait and then shows them how wrong they were.

All revenge movies follow these general rules. And there’s often a cop on the case who gets strangely close to the killer. Vincent Gardenia was that person for Bronson. Aisha Tyler and Bacon. With Foster, Terrence Howard, who plays a detective named Mercer who is in charge of the first mugging, talks to Erica. Erica says that a lot of people in the city seem to want to get even. She says, “Yes, I think there are a lot of us.” Us. Strange choice of words. It gets to Mercer.

Now, the movie is less about what Erica does and more about how she feels about it. And about how she and Mercer start to feel about each other, not in a romantic way (though there is a hint of that in the air), but as smart, wary people who slowly realize they know things they don’t want to admit they know.

Neil Jordan, who directed movies like “The Crying Game,” “Michael Collins,” “Breakfast on Pluto,” “Mona Lisa,” and “The Good Thief,” often makes movies about characters who aren’t who they seem to be and about people who aren’t sure if they can trust them. His characters don’t lie on purpose. Their lives have forced them into their roles, and they don’t see a way out. Often, you can tell that they are dying to tell you something.

“The Brave One” is a great book because it has this kind of psychological suspense. The movie isn’t full of action scenes, but it’s very interested in what will happen to these two people. The end of the movie smells a little bit like it was changed by the studio. I’m not saying Jordan and his writers changed it, but the story should have gone in a different direction. Where did Hollywood get the idea that people want to be let off the hook at the end of a movie? In “The Brave One,” Foster doesn’t let herself off the hook, and we should all be as brave as she is.