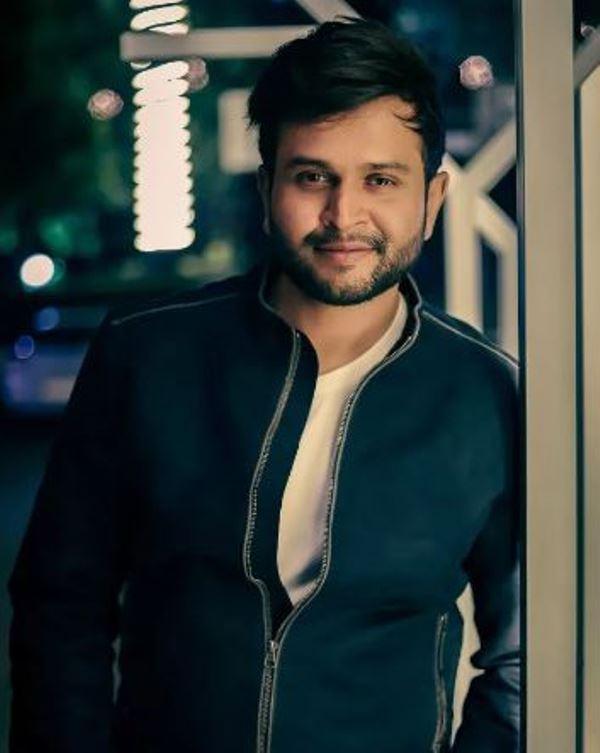 Nikhil Rajeshirke is an Indian actor and a doctor. He works predominantly in the Marathi entertainment industry. He has worked in multiple theatre plays, TV shows, and films. He is known for playing the role of Avinash Nayak in ZEE5’s Marathi TV serial ‘Mazhi Tuzhi Reshimgath,’ released in 2021. In 2022, he participated as a contestant in the Marathi version of the reality TV show “Bigg Boss” season 4.

Nikhil Rajeshirke was born on Monday, 15 December 1986 (age 36 years; as of 2022) in Mumbai. His zodiac sign is Sagittarius. He studied at Balmohan Vidyamandir School in Dadar, Mumbai. Later, he attended L.R.P. Ayurvedic Medical College in Sangli, Islampur, Maharashtra, from 2004 to 2010.

A childhood image of Nikhil Rajeshirke

Nikhil Rajeshirke belongs to a Hindu family in Mumbai, Maharashtra.

His father works at Hindustan Unilever, and his mother works at the central railway. He has two brothers named Anvesh Rajeshirke and Amey Rajeshirke, and he has a sister named Mayuree Sunil Tawde.

Nikhil Rajeshirke with his parents and brother

Nikhil Rajeshirke was in 7th grade when he debuted as a theatre actor with the play titled ‘Aamchya Ya Gharat.’ Some other plays in which he has worked are ‘Veer Vachan,’ ‘God Bless You,’ ‘Punch A Tantra,’ ‘Siddhivinayak Saves Mumbai From Terror Attack,’ and ‘Aamhi Travelkars,’ and more. In 2016, he worked in the Marathi play titled ‘Strawberry.’

Nikhil Rajeshirke on the poster of the 2016 theatre play ‘Strawberry’

In 1999, he debuted with Zee Marathi’s TV show ‘Abhalmaya’ in which he played the role of a supporting character. In 2001, he worked in the comedy-drama show ‘De Dhamal.’ In 2015, he acted in the Marathi Tv show ‘Priti Pari Tujvari.’ He was cast to play the role of Virat in the 2018 TV show ‘Choti Malkin.’ He worked in the 2019 TV series titled ‘Rang Maza Vegla.’ In 2021, he appeared as Nikhil Diwan in SonyLIV’s TV series ‘Ajunahi Barsaat Aahe.’

In 2017, he worked in his first web series titled ‘Moving Out;’ he played the lead role named Satya in the series.