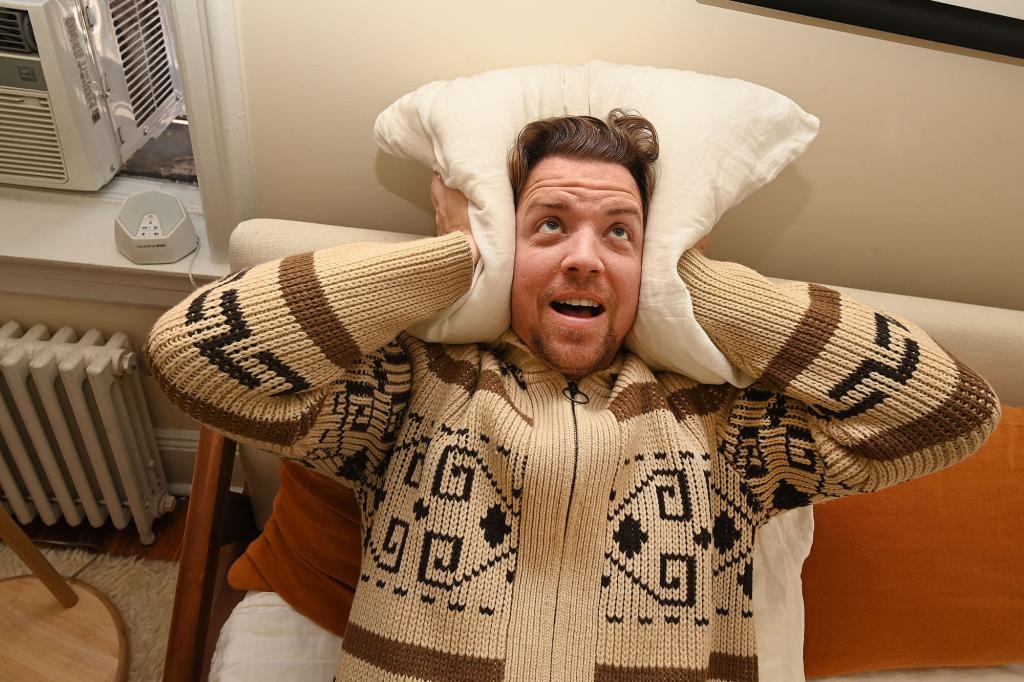 They’re sleepless on the Upper West Side.

Brock Boyce and is wife Kristi can’t catch their Z’s because of a lead-footed upstairs neighbor.

They go to extraordinary — but unsuccessful — lengths to get some shuteye as their neighbor acts as if “she’s auditioning for ‘Stomp.’”

“We use a noise machine, fan, earplugs — and we haven’t had a decent night’s sleep in two months,” Boyce, 37, told The Post.

The couple — he’s in sales and she’s a writer –moved into their new home on the fourth floor of a building on West 72nd Street in August and soon got a rude awakening.

“She paces and stomps from about midnight to 4 a.m. She screams obscenities at her husband. We’ve tried to get her to stop, but she doesn’t seem to care,” Boyce claimed.

“She won’t open the door. In fact, our protests cause her to stomp even harder. She has made it her nightly goal to make our lives miserable.”

Last week, someone else in the building called the cops on the Stomper at 4 a.m. for screaming, Boyce said. He insisted it wasn’t him — but suspects his noisy nemesis blamed he and his wife, “because she began to jump and stomp her feet for five minutes. … It felt like forever.”

“She’s been squatting for an entire month. Her situation with the landlord is her deal. Two days ago, I fell asleep at a work meeting. I literally nodded off and slept for 15 minutes. My co-workers can tell the night I’ve had by my voice,” he said.

The landlord has initiated legal action, Boyce said, but “even if the court evicts her, she will still get an additional 30 days before she is forced to vacate,” he lamented.

But the couple — he’s from California and she’s from Colorado — are in it for the long haul. After all, they love the city that never sleeps.

“For us, the city is vibrant and loud and boisterous and great,” Boyce said. “But we want to come home to a peaceful space.”

A man who said he lives at the apartment at the center of the alleged noise complaints declined to comment.