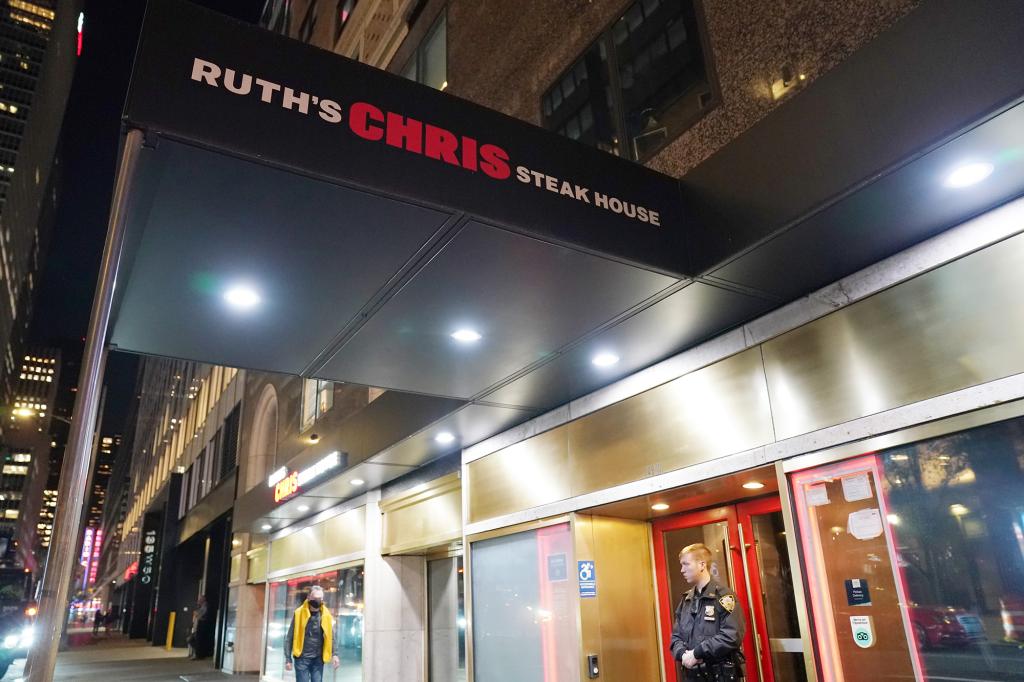 A Manhattan woman has been arrested for allegedly stabbing a fellow diner at Ruth’s Chris Steak House, police said.

Joan Thompson, 41, of Manhattanville, was nabbed Saturday on charges of assault and menacing in the bizarre attack at the Midtown restaurant, police said.

Thompson, who was dining with another woman, allegedly became unhinged when another patron, a 24-year-old man, began arguing with a worker at the eatery just after 10 p.m., authorities said.

When the man’s squabble continued to make a scene, Thompson allegedly picked up a steak knife and plunged it into the man’s back, sources told The Post.

She and her friend then ran, without paying their bill, the sources added.