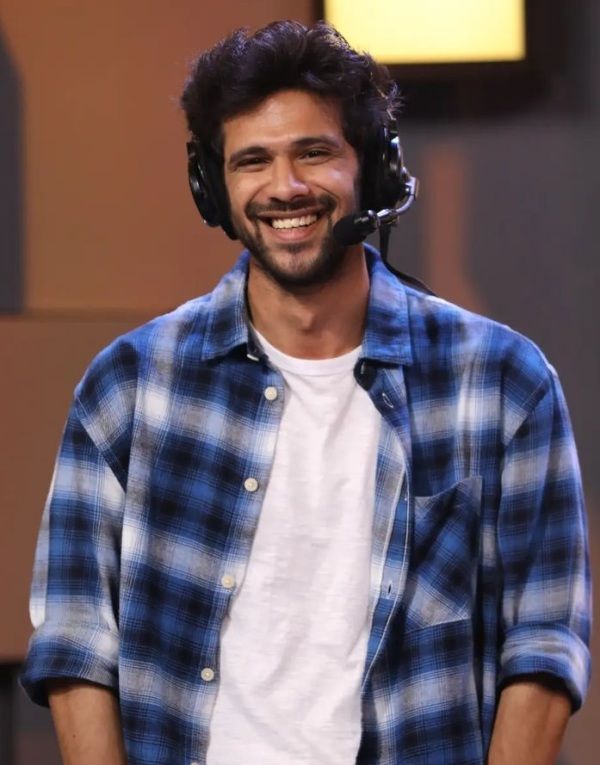 A childhood picture of Ocean Sharma

His father works in the Engineering department and his mother is a lecturer.

After graduation, he worked as an Assistant trainee of science under ISRO.

During Ocean’s childhood, he used to play Super Mario on his old console at home. Later, he started playing PUBG Mobile and the game hooked him right away. Soon after, he started his own YouTube channel and uploaded screen recordings of the game while teaching the viewers about game mechanics, attracting a huge amount of audience on YouTube.

In 2019, he travelled all the way to Delhi from Punjab to watch the first PMCO (PUBG Mobile semi-pro tournament series) commentary. Later, he applied for casting opportunities. The same year, Ocean was offered his first opportunity to host a PUBG Mobile tournament ‘Battle Adda II – Battle of Indian Streamers’ along with Faizan Momin. His voice was instantly recognized and he started getting offers to perform in many other famous gaming competitions in India. Ocean has also cast for Valorant tournaments. He is a Hindi commentator for PUBG Mobile Global Championship 2021: League – East and PUBG Mobile Global Championship 2021: Grand Finals. He was also one of the English casters in the PUBG Mobile Pro League – South Asia Spring 2022.

He gardened appreciation for hosting PUBG Mobile India Tour (PMIT). Ocean is a resident host for the YouTube channel Red Bull Game On, which is dedicated to the Indian gaming community. In 2022, he was listed among the Hindi commentators for Sony Ten’s show Ultimate Kho Kho 2022.

I am very happy to announce that i am part of Sony Ten’s show of ULTIMATE KHO KHO 2022.

I am officially in the list of Hindi commentators. pic.twitter.com/Fbe35PCO6j

After working for more than a year, he parted ways with Orange Rock Esports where he was signed as a Content creator.

Apart from playing the role of Host and Commentator at tournaments, Ocean also works as an Analyst, reviewing the performances of teams in the competition to explain them to the audience. He worked as a Team Analyst for Skylightz Gaming and was hired by GodLike Esports, an Indian eSports organisation, for a short while to help their team perform better in the PUBG Mobile Global Championship 2021. On which Ocean commented,

I will be there to guide and communicate with GodLike Esports regularly for the PMGC Grand Finals 2021.”