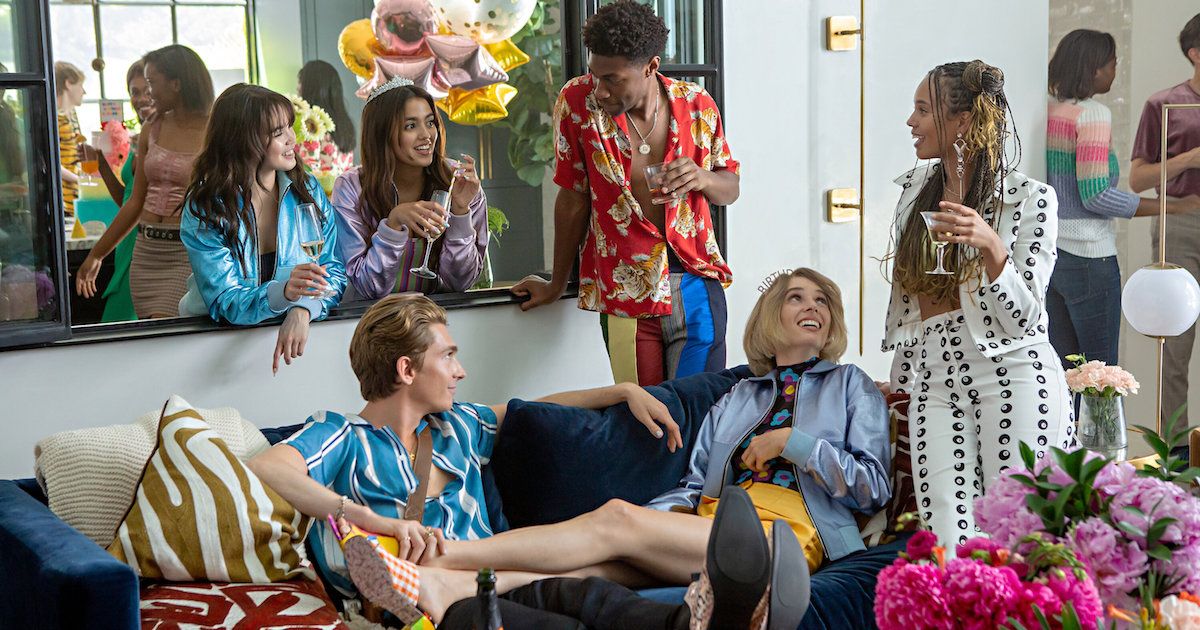 Do Revenge is Netflix’s latest teen movie that, upon its September 16 release, was met with overall positive reviews, currently sitting at 84% on Rotten Tomatoes. The story focuses on two friends who are rejected by their peers after they are targeted by bullies. Do Revenge served chaos and camp, drawing parallels to Promising Young Woman, Mean Girls, Clueless, and Heathers.

The Do Revenge cast is an ensemble of the next generation’s great actors, including Camila Mendes, Maya Hawke, Rish Shah, Sophie Turner, and Austin Abrams, all of whom have strings of successful past projects to their names. Here are other roles you’ve seen the actors play before.

Camila Mendes plays Drea Torres in Do Revenge, a student who has her life ruined after a private video of her is spread without her consent. Mendes is best known for her role as Veronica Lodge on The CW’s Riverdale. Before her breakthrough role, she studied acting at New York University, and soon after, she appeared in Palm Springs and Fairfax. Per Deadline, Mendes is set to executive produce and star in the rom-com Upgraded.

Related: Do Revenge: Best Moments in the Netflix Movie, Ranked

Maya Hawke stars in Do Revenge‘s other leading role as Eleanor, a sorority girl. Hawke made her acting debut in the BBC miniseries adaptation of Little Women, and her big break came when she starred as Robin in season 3 and 4 of the hugely successful Netflix series Stranger Things. She also appeared in Quentin Tarantino’s Once Upon a Time in Hollywood as Flowerchild. The daughter of Ethan Hawke and Uma Thurman, Hawke appears to be following in her parents’ footsteps.

Sophie Turner is known to most for her role as Sansa Stark in the hit HBO series Game of Thrones. She appears in Do Revenge in a cameo role, which sees her in a confrontation with Mendes’ character (a moment that has since gone viral on social media). Turner is also known for her role as Jean Grey in X-Men: Apocalypse and it’s follow up Dark Phoenix. She is one of the most in-demand actors in Hollywood right now.

Austin Abrams plays Max in Do Revenge, the ex-boyfriend of Drea and one of the main villains of the film. He can be recognized for his appearances on shows such as The Walking Dead and This Is Us, however, his big break came when he starred in the Amazon film Chemical hearts. He is also known for his role as Ethan Daly in the HBO hit series Euphoria.

Related: Here’s Why Do Revenge is Not Your Ordinary Rom-Com

Eliza Bennet plays the role of Jessica in Do Revenge. Previously, she starred in Nanny McPhee as Tora Brown and in the leading role of Meggie opposite Brendan Fraser in Inkheart. Bennett has also enjoyed success on TV, starring in the successful UK series Broadchurch.

Alisha Boe portrays Tara in Do Revenge, who is one of the most popular girls on campus. Boe made her acting debut at the age of 11 when she appeared in Amusement. She continued to find success in the horror genre, starring in Paranormal Activity 4, 68 Kill, and Gates of Darkness. That said, Boe is perhaps best known for her role as Jessica in the Netflix series 13 Reasons Why, which ran for four seasons.

Talia Ryder plays the role of Gabbi in Do Revenge. She began her career on Broadway when she starred in Matilda the Musical. Continuing her musical path, she most recently appeared in Steven Spielberg’s adaption of West Side Story in a small supporting part. She also appeared in the acclaimed drama Never Rarely Sometimes Always.

Paris Berelc portrays one of Drea’s friends, named Meghan, in Do Revenge. She was previously featured in Netflix’s Tall Girl and the Adam Sandler comedy Hubie Halloween. She also starred in a leading role in the sitcom Alexa & Katie, which ran for three seasons on Netflix.