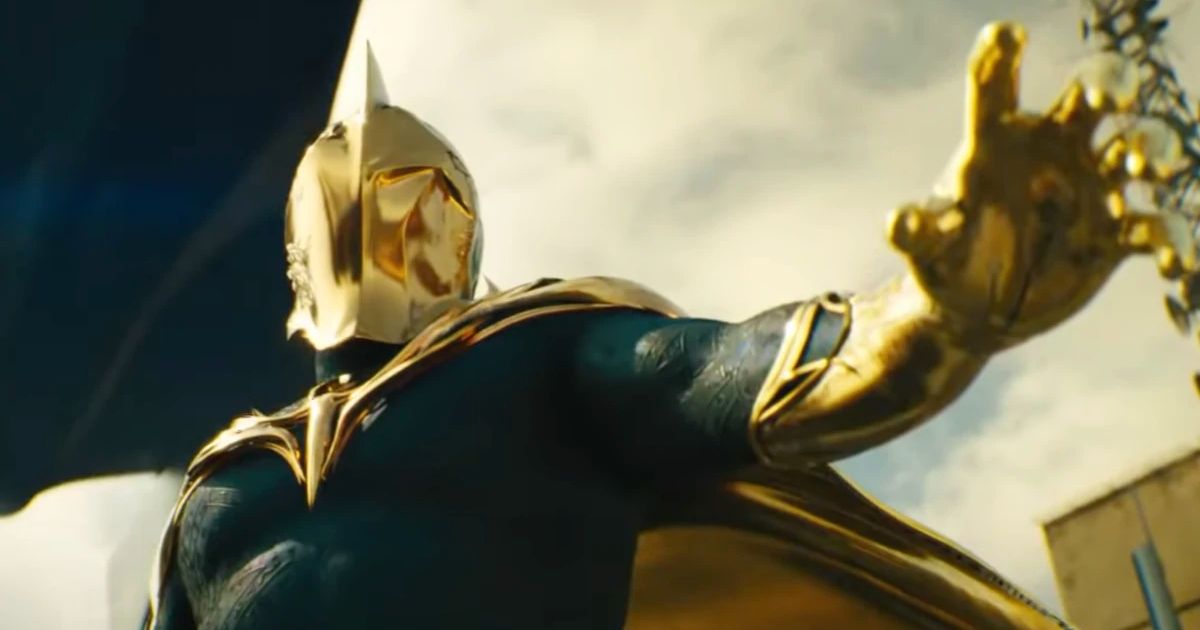 Pierce Brosnan appears to have a magnificent suit as Doctor Fate in the upcoming DCEU entry, Black Adam. Through several trailers, his character sports a comic-accurate costume, lending to the ever-growing hype leading up to the film’s release. But, of course, Doctor Fate’s suit is incredibly important, as it is the source of the character’s power.

Brosnan recently sat down as a guest on The Tonight Show Starring Jimmy Fallon, discussing his character and what it was like wearing his helmet. He also revealed his feelings surrounding his mocap work, as much of the Doctor Fate costume is digital. “Everybody wants to know what it was like putting on the costume. ‘What was it like putting on the helmet?’ You know, you can’t see a thing, it’s darkness,” Brosnan says. “There were two helmets. There was this gorgeous-looking, sleek helmet that’s in the photograph. Then there’s one that I could actually put on.” He continues, “But of course, you’re standing there in a mocap suit… which is the most inelegant and, kind of, humorous thing to wear. Ping pong balls, grey tights, you know you’ve got to have a sense of humor.”

He mentions a time the director asked him to grab something with the helmet on, and Brosnan had no idea what he was doing. “I remember Jaume Collet-Serra, the director, he said — there was a point where I had to find this crown… I’m standing there, I’m giving it my best heroic acting, and he said, ‘Okay, put the helmet on,'” Brosnan explains. “I said, ‘Don’t worry, I can see [the crown], it’s right there.’ I put it on. Of course, I couldn’t see anything.”

Luckily, an immense amount of technical and VFX work will go into Black Adam, bringing the Doctor Fate character to the big screen in a believable way. However, the incredible suit had quite a different look behind-the-scenes.

Black Adam will be the first film in the DCEU to introduce the Justice Society of America, otherwise known as the JSA. Of course, a few new characters will be presented in the group, which fans eagerly anticipate. Aldis Hodge is set to lead the team as Carter Hall/Hawkman. His character has been teased in a few trailers, displaying his flying ability and combat skills.

Additionally, Maxine Hunkel, otherwise known as Cyclone, will join the squad, played by Quintessa Swindell. Noah Centineo rounds out the group alongside Brosnan, as he will play Albert “Al” Rothstein or Atom Smasher. Black Adam is shaping up to be the expansion of the DC universe, as Dwayne Johnson has repeatedly stated.

The long wait for the upcoming film is almost over. Black Adam arrives in theaters later this month, debuting on Oct. 21.