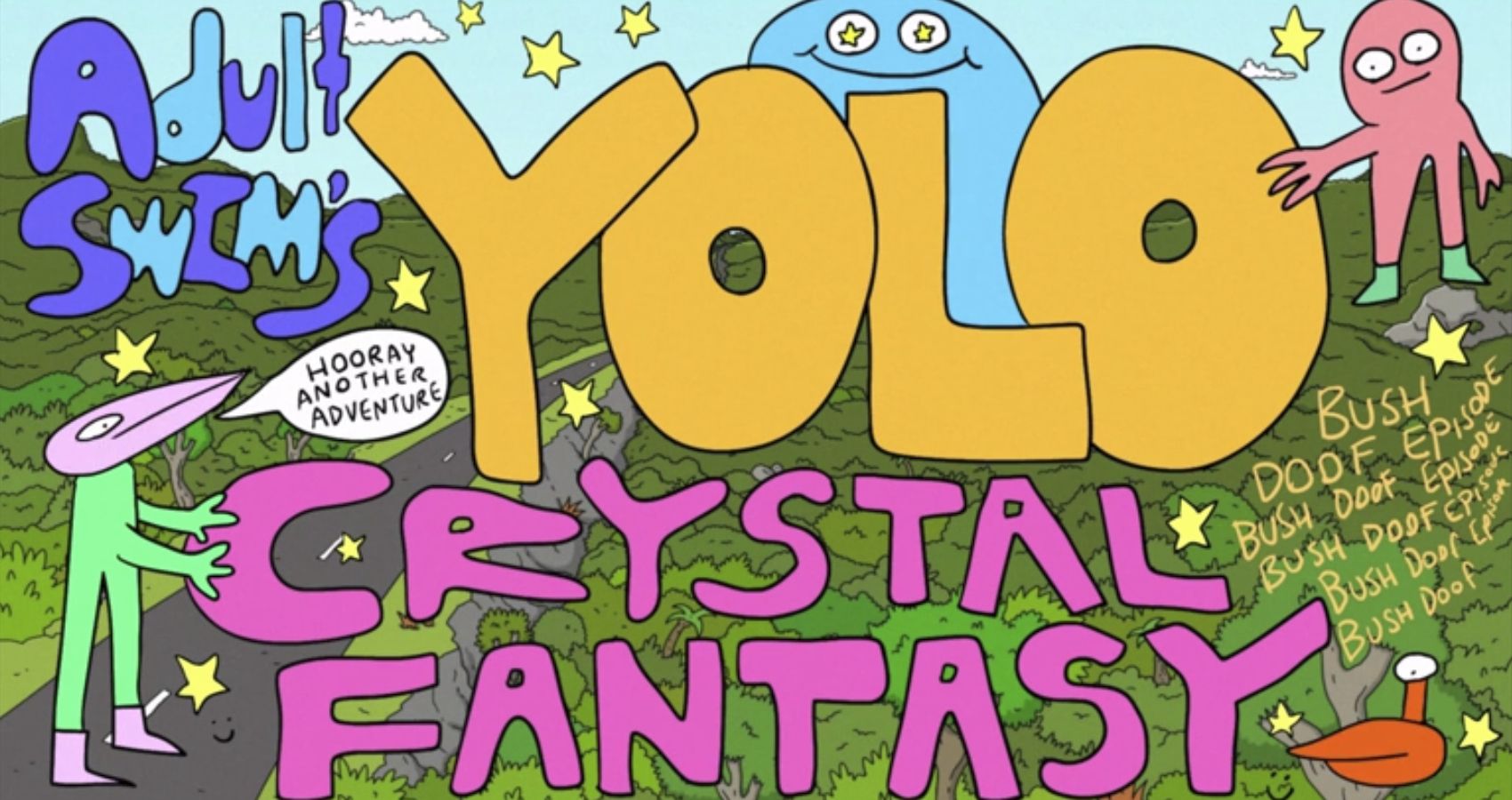 Fun times and positive vibes await in the bizarre city of Wollongong. With a pair of animated shorts and an eight-episode season that originally aired in 2020, Variety reports that YOLO chronicles the adventures of best friends Sarah and Rachel — an off-color duo just trying to live life the best way they can. Unfortunately, they just can’t help but get sucked into the troubles of colorful characters and whatever Australian-tinged lunacy the world decides to toss at them. Whether it’s warring Bush Wizards or giant floating “Terry” heads, craziness seems to find Sarah and Rachel — mostly the latter — wherever they go.

Led by Michael Cusack, YOLO is one of the growing number of female-led programs on Adult Swim, joined by contemporaries Birdgirl and Teenage Euthanasia. Though Cusack may be more well-known for his work on Smiling Friends, YOLO’s first season contains plenty of his trademark zany humor to cook up laughs across its eight episodes. With a second season on the way, we can expect the show to hopefully refine what made it work originally while trimming any unnecessary fluff.

Here’s everything we know about YOLO: Silver Destiny.

The season’s synopsis, provided by Warner Bros. Discovery, is as follows:

“YOLO: Silver Destiny begins when a chance encounter at a Sausage Sizzle sets the girls off in pursuit of their destinies – Sarah wants to grow a beautiful garden, and Rachel wants to become a dark Empress. Meanwhile, Lucas the Magnificent embarks on a mysterious new quest to overcome Sarah’s repulsion and win her heart.”

The show’s first season, despite its self-contained episodes, did have something resembling a story arc in the form of Sarah and Rachel’s friendship. Rachel, being the more selfish and self-centered of the duo, would repeatedly derail Sarah’s plans or rope her into dangerous schemes. She would get into immense gambling debt at the Terry Cup — a strange gladiatorial arena that features dance competitions — with Sarah needing to bail her out. She would crash the duo’s car to attend a local party, leading to their near-deaths at the hands of mind-controlled party-goers.

Related: Smiling Friends: How a Niche Corner of the Internet Became Great Television

These situations would intensify until the two-part season finale, “Enter Bushworld.” After being separated from Sarah for a lifetime through reality-jumping shenanigans, Rachel ultimately learned the value of empathy and honesty in expressing her feelings. Though Sarah was unaffected by the experience, Rachel learned just how unhappy she would be without the presence of her friend.

Based on the synopsis, we can expect something similar from season two’s plot, in addition to the larger involvement of Lucas the Magnificent. Originally a reoccurring supporting character during the first season, Lucas the Magnificent is a comically inept man that attempts to win Sarah’s affection, oblivious to her lack of interest. It’ll be interesting to see how this third character can alter the dynamic between the leading girls, especially after the previous season’s conclusion.

Reprising their leading roles from the first season, Sarah Bishop and Todor Manojlovic are returning as Sarah and Rachel, respectively. Michael Cusack will assuredly lend his voice to the show once again, voicing a majority of the season’s supporting cast. Keeping in touch with the Aussie motifs the show delightfully indulges in, we can also expect a variety of Australian actors to possibly make an appearance as well.

Season one had Michelle Brasier, Naomi Higgins, and Greta Lee Jackson, who each played minor roles in the supporting cast. While it’d be a stretch to assume that more famous Australian actors or celebrities may make an appearance, stranger things have certainly happened.

Related: Rick and Morty: What Else Is in Store for Season 6?

Those who have seen the first season likely remember the hilariously abrupt guest appearance by musician Flying Lotus, playing himself in the show’s third episode. Given Adult Swim’s continued involvement in the hip-hop community, including notable collaborations with Run the Jewels and the late MF Doom, it wouldn’t be a shock to see an artist similar to Flying Lotus show up.

Luckily enough, YOLO: Silver Destiny already has a concrete release date. Warner Bros. Discovery stated that the second season premiere will be on January 15th, 2023, with two episodes back-to-back. New episodes will then be released once a week. Each episode will be available on HBO Max the day after its original airing. This is a shift from the original airing schedule of the first season — originally, pairs of episodes would be shown back-to-back weekly. An official episode count has not been released yet, but we can assume it will be at least a minimum of eight in keeping with last season.

The future looks bright for YOLO: Silver Destiny. According to Warner Bros. Discovery, the show has repeatedly “won” its time slot in terms of viewership, frequently beating out competing programs aimed at its target demographic. If this success translates into another high viewership season, we may just see YOLO become one of Adult Swim’s best shows.