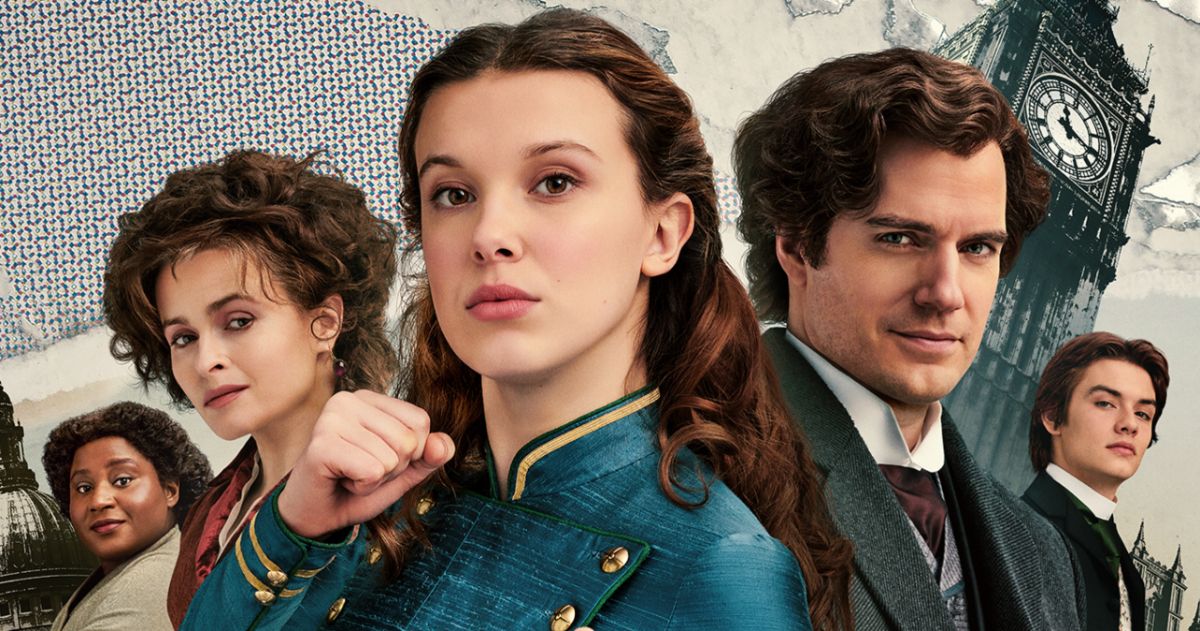 The youngest sibling of everyone’s favorite enigma of a detective, Sherlock Holmes, is set to take to the screens again for Enola Holmes 2. The release of Enola Holmes 2 was announced in May 2021, and since then, fans have been coming up with conspiracy theories regarding what the latest adventures of the young Miss Holmes might be. Filming for the sequel started in October 2021.

It is no surprise that Netflix greenlit a sequel to the first Enola Holmes film, released in 2020, given its success, Leading actress Millie Bobby Brown swept fans away on an adventure to find her missing mother. The young sleuth soon became a fan favorite as she evaded and out-witted her famous brother on her mission to find her mother and unravel a mystery threatening the entire country.

The daredevil Enola captured fans with her refusal to conform to lady-like norms, instead choosing to follow in her brother’s footsteps, much to his exasperation. The humorous and ever-interesting relationship between Enola and her brother also acts as a point of attraction for viewers as they are able to witness the familial side of the otherwise cool and calculating detective, Sherlock Holmes.

Enola Holmes 2 will bring a new adventure that will delight mystery fans. But, beyond that, the new adventures of Enola will bring a feminist twist to detective stories since, as happened in the first film, the movie will explore the role of women in the society of the time and what it means for a woman to stand up for herself in a world that doesn’t value women. Here’s the plot, cast, and everything we know about Enola Holmes 2.

Updated: October 2022 by Raquel Morales: If you are excited about Enola Holmes 2, you’ll be happy to read this updated article that provides the trailer, cast, plot, and everything else you need to know about the movie.

The official synopsis for the movie, released by Netflix, gives us a general idea of ​​the challenges that Enola will face in her first case as a detective, especially when living in a sexist society. The synopsis reads:

Fresh off the triumph of solving her first case, Enola Holmes (Millie Bobby Brown) follows in the footsteps of her famous brother, Sherlock (Henry Cavill), and opens her own agency — only to find that life as a female detective-for-hire isn’t as easy as it seems. Resigned to accepting the cold realities of adulthood, she is about to close shop when a penniless matchstick girl offers Enola her first official job: to find her missing sister. But this case proves to be far more puzzling than expected, as Enola is thrown into a dangerous new world — from London’s sinister factories and colorful music halls, to the highest echelons of society and 221B Baker Street itself. As the sparks of a deadly conspiracy ignite, Enola must call upon the help of friends — and Sherlock himself — to unravel her mystery. The game, it seems, has found its feet again!

Given the information provided in the synopsis, it is entirely possible that the sequel follows the happenings in the second book in Nancy Springer’s series, The Case of the Left-Handed Lady. In the book, readers see Enola setting out to find the girl who created a collection of charcoal drawings.

Upon finding the identity of the artist and realizing that she has gone missing, Enola embarks on a case to find the missing artist. She does all this while keeping her identity a secret from all those who would prefer her to engage in more lady-like pursuits.

Regardless of what the plot may hold, the adventures of Enola are sure to be action-packed and geared to keep fans on the edge of their seats. Given that women’s rights were a dominant theme of the first movie and Enola’s refusal to conform to gendered perceptions made her a perfect symbol of women’s empowerment, it is entirely a possibility that women’s rights and empowerment may play a central theme in the second movie as well. Incorporating this theme would most certainly make the sequel relevant to contemporary discourse.

“I can’t wait to collaborate again with my Enola Holmes family! Enola holds a special place in my heart – she’s strong, fearless, intelligent, and brave. I look forward to fans seeing how her journey continues!”

In the trailer released during the TUDUM event, Enola is starting her career as a full-fledged investigator, but being a woman and having the last name Holmes weighs too much in society.

Millie Bobby Brown will quite obviously be reprising her role as Enola Holmes in the sequel. Speaking to Entertainment Weekly of her role as Enola, Brown said, “I fell in love with her, and she became part of my heart.”

Based on an announcement by Netflix on their Twitter account, it has been confirmed that Henry Cavill will return to his role as Sherlock Holmes. Helena Bonham Carter will also be reprising her role as Eudoria.

Other returning cast members include Adeel Akhtar as Lestrade, Susan Wokoma as Edith, and Louis Partridge as Tewkesbury. Details regarding the return of Sam Clafin, who played the role of Mycroft, the third Holmes sibling, in the first movie, have not been announced yet. Enola Holmes 2 also features David Thewlis and Sharon Duncan-Brewster, along with new friends and foes of which no details are known.

The return of Louis Partridge has stirred excitement in fans as he was established as Enola’s potential love interest in the first film. It will certainly be interesting to see how Enola balances romance with her daring adventures in the upcoming sequel. In addition to cast members, the creative team behind the initial movie will also be making a return. As such, while Harry Bradbeer will be directing the film, the script will be written by Jack Thorne.

Filming for the sequel wrapped up, and Enola Holmes 2 entered the post-production stage in November 2021, but it wasn’t until recently that Netflix confirmed the release date for Enola Holmes 2. The news of a release date is undoubtedly joyous news for fans who are eagerly awaiting the return of the energetic young detective.

The best thing is that the release date is closer than it may seem. The movie is set to hit Netflix on November 4, 2022, which is right at the end of the spooky season. That means fans of the film can trade in the Halloween candy for the detective’s magnifying glass. Meanwhile, fans can revisit the 2020 Enola Holmes movie to brush-up in time for its sequel.