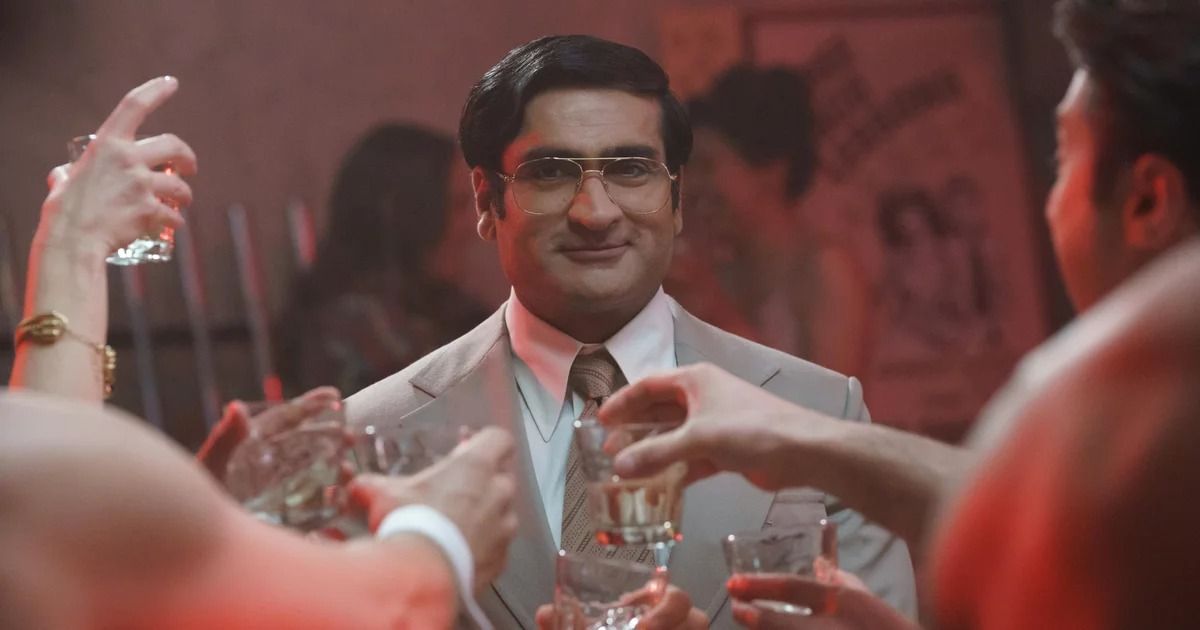 Chippendales is a male striptease revolution that surged in the 1980s and was founded by Somen “Steve” Banerjee. Using the tide of feminism, he established a male-stripper empire to make a ton of cash by using the advantage of female fantasies. While there have been many documentaries about this capitalist tragedy, this is the first time we’re getting an actual TV show on Hulu from the creator of Pam & Tommy, starring Eternals’ Kumail Nanjiani as Somen “Steve” Banerjee.

Titled Welcome to Chippendales, this upcoming American drama is inspired by the book Deadly Dance: The Chippendales Murders by K. Scot Macdonald and Patrick MonstesDeOca. A podcast titled Welcome to Your Fantasy tells this wild story with a realistic approach and explains how the impact caused by Chippendales changed the world. The story explores the ruthless regions and exposes the underworld’s upsurge while presenting Somen “Steve” Banerjee’s biography in the most realistic way possible.

Now with the Chippendales getting a TV show, the uproar caused by the audience is terrific, and here’s what we know about the upcoming Welcome to Chippendales series.

Welcome to Chippendales: The Plot

The true crime saga of Welcome to Chippendales follows the life story of Somen “Steve” Banerjee, an Indian migrant and Indo-American Entrepreneur who founded the world’s greatest male-stripping empire, Chippendales. Following the foundation, the competition grew, and so did threats, but he didn’t concede. Instead, he fought back and held his ground to set a foothold for his business.

Related: Monster: The Jeffrey Dahmer Story: What to Know About the True Crime Series

This eight-episodic series mainly focuses on Somen Banerjee and how he made history with the first male-stripping club in 1979. The club became a popular form of entertainment due to the quality of the choreography and the selection of the participants. The trailer depicts Somen Banerjee’s ambition, as he longs for the world of luxury at his fingertips and is willing to go to any length to obtain it. Eventually, his ambition drives him to commit atrocities he despises, and his crimes will lead him to his demise.

Welcome to Chippendales: The Cast and Crew

Kumail Nanjiani, best known for his roles on Eternals, and The Boys, plays the lead role of Somen “Steven” Banerjee. Zack Palmisano, Colin Seifert, and Darren Lipari will not only pour mind-shaking cocktails but will have much more reasonable roles as Bartenders. Cyrus Hobbi, Zachary William, Ren Burttet, and Tyler Johnson Ellis will delight the audience through dance performances as dancers in the Chippendales club. Felix Rossi, an Italian actor famous for his roles in Fanny la fan, Las Estrellas, and many more, will serve the ice-cold dishes to the customers as a waiter.

As Casey Cathcart is given the role of Chippendales waitstaff, other cast includes Maximilian Acevedo as Muscle Man, Nancy De Mayo as Betty, Justin L. Wilson as C.J, Victoria Gale as Groupie, Jack Laufer as Lew, Michael John Benzaia as Ricky Ramirez, Roland Rusinek as Bernie, Kyna Treacy, and Murray Bartlett as Nick De Noia will have story-impacting roles. Given the setup and story, the cast appears promising enough to bring out the series’ true potential.

While the cast has worked hard to depict the Chippendales tale to its best, the production team has put great effort into developing everything from script to choreography. Matt Shakman, who is well-known for his talent on WandaVision, The Boys, and numerous other successful projects, directed the series. Robert Siegel is in charge of the script alongside Rajiv Joseph and Mehar Sethi. These multiple experts in each department can add enormous value to the project, and we hope to see their efforts when the series premieres on Hulu.

Release Date and Everything Else We Know

Welcome to Chippendales will premiere on Hulu on November 22, 2022. It will continue to release weekly episodes, bearing in mind that a sense of tension will build among the audience as it progresses to its conclusion. Despite a few setbacks during the production of the series, the release date has been set, and if everything goes as planned, we’ll have the series out in no time.

The first time Kumail Nanjiani was asked to play the role of Somen Banerjee, he was quite nervous and didn’t feel ready despite having a decade’s experience in the acting field. However, he made up his mind, and despite having never performed this kind of role before, he was determined to make the most out of it. Considering the entire series depends upon his portrayal of Somen “Steve” Banerjee, we can only hope that Kumail Nanjiani will ace the role, leading it to its success.

To make the series much more interesting, Robert Siegel intentionally fleshed out the characters, such as Somen and Nick, instead of hinting at the entire series with tragedy. That way, you won’t expect it while watching the series the whole time but will develop a feeling of excitement and anticipation about what happens next — even if you have seen the documentaries based on Chippendales. With a lot of buzz surrounding the series lately, we are sure to have a great time watching it.