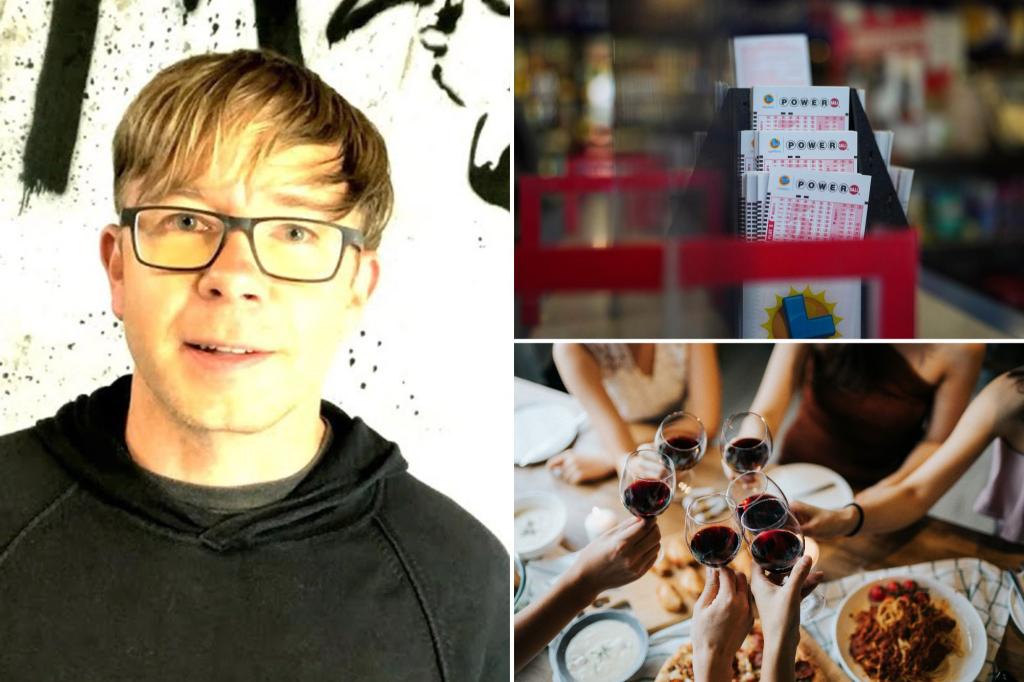 Powerball winner reveals what won’t change after you win the $1.6 billion in lottery

The Powerball jackpot has ballooned to a whopping $1.6 billion, and many Americans will be anxiously checking their tickets after Saturday night’s Powerball drawing.

The total amount for a winner who takes the cash option would be approximately $782.4 million — making it the largest lottery prize in history, as FOX Business has previously reported.

One Iowa Powerball winner knows what it’s like to win millions — and understands firsthand what does change in your life in the days, months and years after the win and what doesn’t change.

“When you win the lottery, the exhilaration is through the roof; it’s one of the most potentially life-altering things that can happen,” Timothy Schultz told Fox News Digital via email.

“One minute you have one life,” he said, and the next — “your world is turned on its head.”

He added, “The euphoria is real, but it eventually subsides.”

Money can help alleviate financial stress, create opportunities and provide time, Schultz said, but “money doesn’t change who you are as a person. If you were unhappy before, you might be unhappy after.”

He added, “There are some very wealthy people in the world who are extremely unhappy. Money can be positive, but it doesn’t necessarily fix all problems.”

After he won the lottery, Schultz said that for him, “it was much more difficult to trust people.”

He continued, “Most people were supportive and happy for me, but I did receive stacks of letters from people asking for money.”

He also said, “It was difficult to trust new people — that they didn’t want me for the wrong reasons. It felt like some people viewed me as a walking, talking ATM machine.”

Explaining that he did “quite a bit” to help others, Schultz said he also understood that he needed to “live within a means.”

He said, “Thankfully, most people wanted me for the right reasons, but there was a learning curve in how to deal with that sort of thing.”

“Money can’t fix everything,” he emphasized.

“People often consider the odds of winning the lottery, but what about the odds of even being alive in the first place?”

He also waxed philosophical about the often random nature of life.

“It’s astonishing,” he continued. “You have a better chance of winning the lottery a million times over than of being born.”

Schultz added, “Our health should not ever be taken for granted. Money can certainly help, but it can’t fix everything.”

Indeed, many lottery winners have reported being unhappier in the years after a big win.

“So many of them wind up unhappy or wind up broke. People have had terrible things happen,” said the late Don McNay, financial consultant to lottery winners and the author of “Life Lessons from the Lottery: Protecting Your Money in a Scary World,” to Time magazine several years ago.

“It’s just upheaval that they’re not ready for,” McNay added. “It’s the curse of the lottery because it made their lives worse instead of improving them.”

Schultz said there are many factors involved in how the lottery changes lives, such as where people live, how much they win and “who you are as a person.”

He interviews other lottery winners who have suddenly become flush with cash.

“Every lottery winner is different, but I have noticed some common themes,” he told FOX Business.

Namely, he said, “winning the lottery can magnify personalities.”

“For example, if you are into the church, you may decide to build one,” he explained.

“If you’re into movies, you may decide to produce a film. If you enjoy fishing, that may become a full-time hobby.”

He added, “People often become larger versions of themselves.”

The new Powerball jackpot tops the previous record prize of $1.586 billion, which was won in 2016.