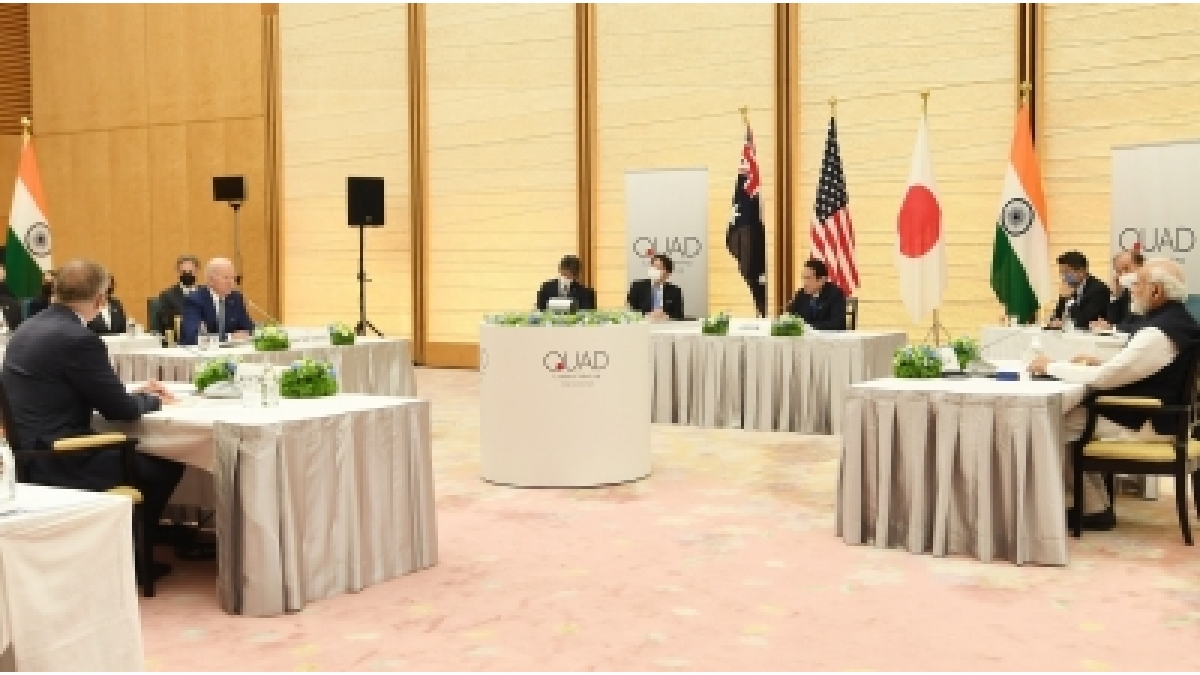 The four countries also signed Quad Humanitarian Assistance and Disaster Relief Partnership for the Indo-Pacific, which was discussed and agreed upon at the Tokyo summit of the Quad.

The Quad — which started out in 2004 as the Australia-India-Japan-US Tsunami Core Group and later turned into the Quadrilateral Security Dialogue — has witnessed intense engagement in recent years after it was resurrected in 2017 by the Trump administration from its 2008 collapse.

US President Joe Biden took it to the summit level with a virtual meeting in 2021, which was quickly followed by one in person. Their four summit — and second in person — took place in May this year in Tokyo.

Though the leaders have had two in-person summits in the two years since their first in 2021, there has been no decision for them to meet every year. But Quad Foreign Ministers will meet every year now, as they announced at their meeting on Friday on the sidelines of the UN General Assembly meeting in New York.

“This is the first time that the Foreign Ministers from the Quad countries have gotten together at the United Nations General Assembly, so my hope is that this will become a regular feature of these meetings,” said US Secretary of State Anthony Blinken, who called the meeting and hosted it, in public remarks ahead of the signing of the agreement and their meeting.

“I think it’s a great idea that we meet regularly on the sidelines of the UNGA but in our respective countries as well,” he said.

The Minister then emphasised the importance of the Friday meeting, saying it has come at a time the world is passing through “a very difficult period” and mentioned the “global repercussions” of the Ukraine conflict and “climate events and emergencies”.

“So given the turbulent times, I think it’s particularly important that we go further in the constructive agenda that we have set for ourselves, that we work together on the delivery of public goods, that our efforts and particularly what we are signing today, the HDR (humanitarian and disaster relief) Partnership, which we discussed and finalised in Tokyo is I think, extremely timely,” he concluded.

Blinken, who called and hosted the meet, said, “We’re looking forward to continuing to explore the many ways that the Quad enables us to deepen our cooperation. Our leaders have set out a very significant agenda for us when they met. We are following through on a lot of that work. So are our colleagues today is one more manifestation of that.”

Australian Foreign Minister Penny Wong said, “We do know our region is being reshaped, economically and strategically. And we are here because we want to work with the countries represented before you to better navigate this period of change together. So this is the heart of the Quad to create the region we all aspire to and it’s a great honour and privilege to be here with my counterparts today.”

Finally, Japan’s Foreign Minister Yoshimasa Hayashi said, “Today the world is witnessing direct attempts to unilaterally change the status quo by force. The free and open international order based on the rule of law is under threat.”

He did not name China, but the reference barely concealed who he had meant.

“So it’s extremely significant for us to demonstrate together to the international community, our firm commitment to the principles of the UN charter and free and open Indo-Pacific order,” he added.

In a joint statement, the four countries welcomed progress in delivering on Quad commitments. In particular, they noted the signing of the disaster relief agreement and they look forward to the “counter-terrorism tabletop exercise” being hosted by Australia later in 2022. They also announced a statement on ransomware, calling on states to take reasonable steps to address ransomware operations emanating from their territory.

“We reiterated the Quad’s commitment to supporting regional partners’ efforts to improve their maritime security and domain awareness,” they said further, and added, “We support the ongoing efforts, in close consultation with regional partners, to take forward the Indo-Pacific Partnership for Maritime Domain Awareness.”