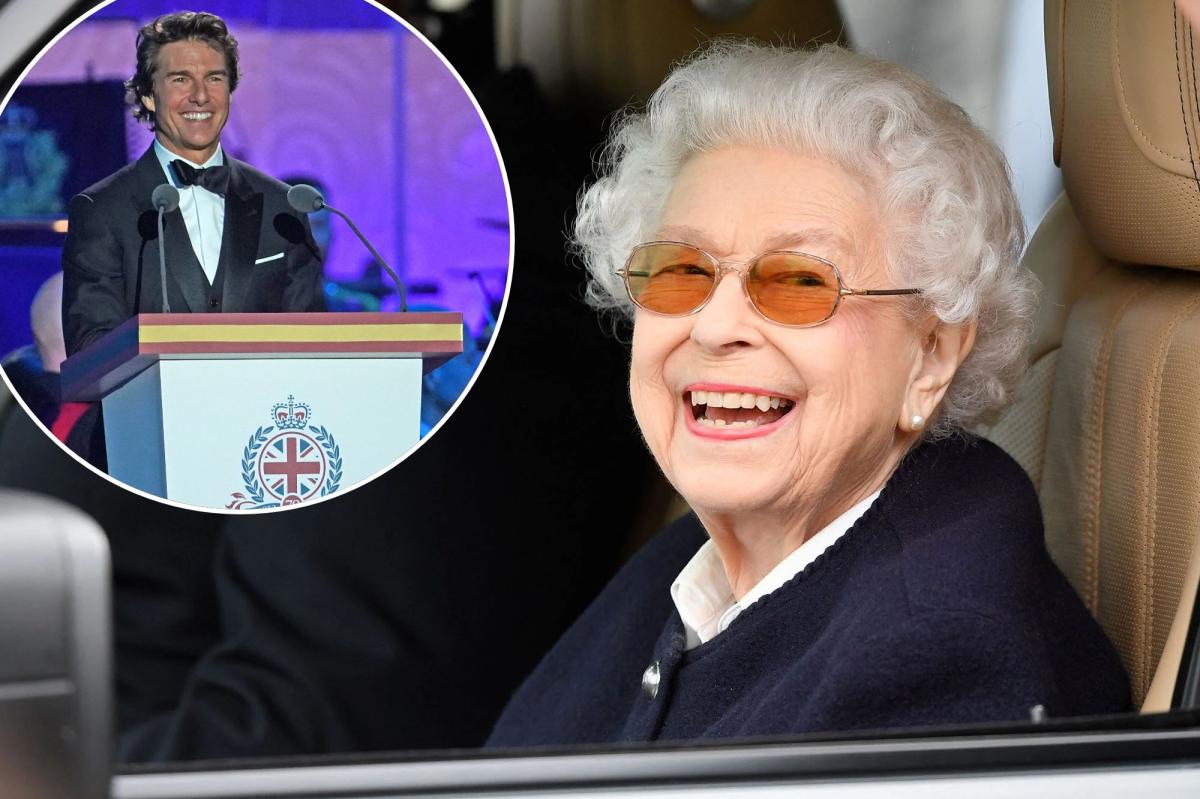 Queen Elizabeth was tickled pink to make a new pal in the weeks before her death: “Top Gun” actor Tom Cruise, according to a report.

The monarch and the “Mission Impossible” star “really hit it off” over the summer, a source told the Sunday Times of London.

Cruise, 60, appeared as part of the Queen’s Platinum Jubilee celebrations, marking her 70th anniversary on the throne, but the ailing royal was plagued by mobility issues and unable to meet him.

“The Queen let it be known that she was really disappointed not to have met Tom at the pageant, so he was invited to have a special tour of Windsor Castle with everything laid on for him. Afterwards, just the two of them had tea together,” the source said.

The visit was a success, with Cruise given the chance to fire a ceremonial gun.

“She loved seeing him and they really hit it off, so much so that she invited him back for lunch. He was even allowed to fly in by helicopter,” the source added.

The budding friendship was to continue with a lunch date, but it wasn’t to be: Elizabeth died on Sept. 8 at age 96, before they could reunite.

Before appearing as part of the Platinum Jubilee’s Gallop Through History equine pageant in May, Cruise spoke during a television interview of his admiration for the Queen.

“She’s just a woman that I greatly admire. I think she is someone who has tremendous dignity and I admire her devotion. What she has accomplished has been historic,” he said at the time.