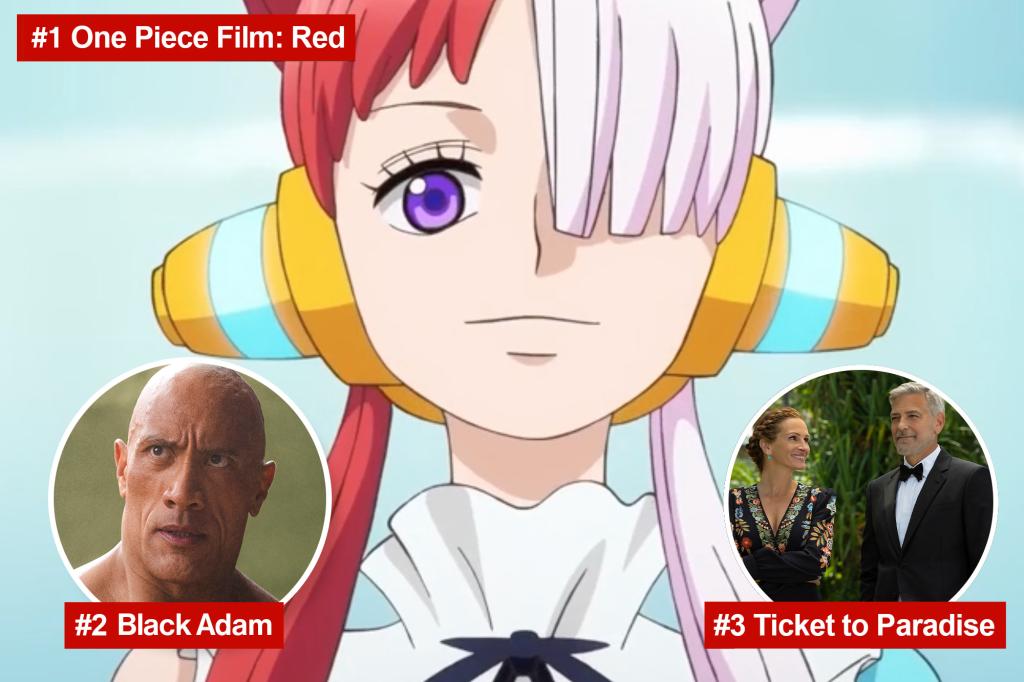 Dwayne Johnson’s superhero flick held the No. 1 spot in the box office since its debut Oct. 21, and is still expected to win the weekend, according to Deadline.

But on Friday, the latest film in the longstanding “One Piece” manga franchise, which has spawned over 100 books, over 1,000 anime episodes and 15 features, drew more fans to theaters, according to IMDB’s Box Office Mojo.

“Ticket to Paradise” moved down a seat this week, landing in third place with $2.6 million in ticket sales.

The George Clooney-Julia Roberts rom-com has taken in $4.8 million domestically since its Oct. 21 release and soled another $88 million in tickets worldwide.

Although Halloween season is over, the thriller “Smile” still remains a high earner, remaining in fourth place with sales of $1.2 million.

The kid-friendly “Lyle, Lyle Crocodile” was in fifth place with $750,000 in ticket sales.