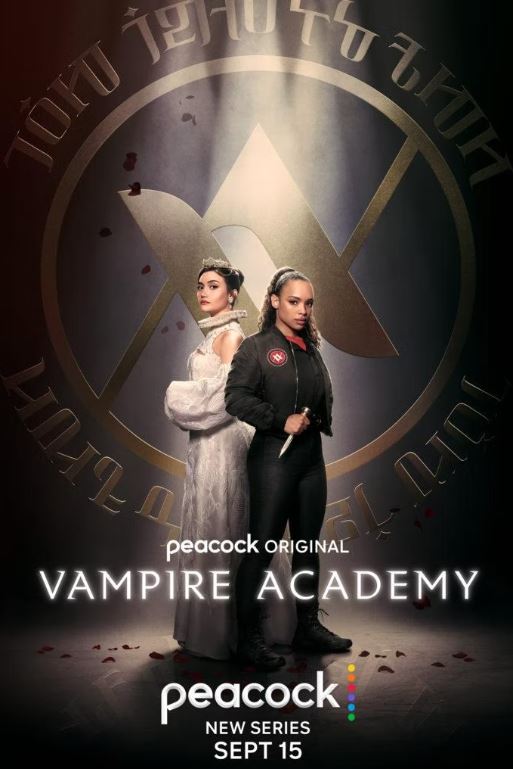 The first four episodes of Peacock’s Vampire Academy have been broadcast, and while the programme is off to a good start, one can’t help but assume that too many things are happening in the first go-around. Richelle Mead is the author of the best-selling novels that provide as the basis for the 2022 television series. The series, which will serve as the second adaptation of the book series after the film of the same name that was released in 2014 and starred Zoey Deutch and Lucy Fry and ultimately failed to perform well at the box office, will be developed by Julie Plec and Marguerite MacIntyre.

The Vampire Academy (2022): Will This Reboot Be Able to Continue?

When it was initially published, the Vampire Academy book series by Richelle Mead caused quite a commotion among readers. The book series was fresh, fascinating, and captivating all at the same time. When I was a teenager, it was the kind of item that could serve as the ideal escape into a fictional world. The fate of the film adaptation was not particularly glorious, and the fact that this is exactly what makes this much-anticipated series carry a burden of its own is why why this is the case. However, now that the premiere has taken place, it appears that it may just make it through this era.

Now that we have this information, we are introduced to Rose and Lissa’s friendship, which begins in a manner that is somewhat dissimilar to how it was shown in both the novels and the movies. We witness how close the two are, which is unusual in their environment, and how a catastrophe wraps them up in conditions that make things tough and hazardous for them both individually and collectively.

In Vampire Academy, the events that take place follow a new narrative approach, but the overall plot remains the same. However, certain characters, their motivations, and their backstories are altered. The television show comes as a pleasant surprise to viewers who are not familiar with the book series, but for those who have read the books, certain intricate plots may be too difficult to follow. It is too much to take in with Sonya Karp’s presence, Victor Dashkov and his family, and Tatiana Vogel dropping in right in the beginning of the premiere episodes. Some of the subplots seem to have been rewritten, while others seem to have been plucked from all throughout Mead’s six books.

The performances, in particular those given by Sisi Stringer, Daniela Nieves, André Dae Kim, Jonetta Kaiser, and Mia McKenna-Bruce, have shown a great deal of potential. However, Kieron Moore’s performance as Dimitri Belikov is too inconsistent to be believable. Danila Kozlovsky, who portrayed Dimitri in the movie that was released in 2014, believed that her portrayal was closer to how Dimitri is portrayed in the books than Moore’s stiff yet slick interpretation of the character. It is still difficult to put all of your faith in J. August Richards’ performance as Victor Dashkov, but the programme is making an excessive amount of effort to get us to support him. Should we, on the other hand?

In general, the first episode of Vampire Academy was great; nonetheless, the show is so ambitious that it gives the impression that it would soon lose it all. As a reader, the deviations from the source material are extremely unsettling, regardless of how well they may be serving the purposes of the show. There are certain things that just should not be bothered with at all. On the other hand, it’s possible that the show will get better as time goes on. Let’s just keep our fingers crossed that the fast pace, along with the flamboyance of a young adult novel, and the political questioning, will be enough to keep us interested.

The novels written by Richelle Mead with the same name have been adapted into an American fantasy horror television series called Vampire Academy. The film stars Sisi Stringer, Daniela Nieves, Kieron Moore, and André Dae Kim, and was adapted by Julie Plec and Marguerite MacIntyre. On September 15, 2022, the first episode of the series was shown on Peacock.

It is the second cinematic adaptation of the novel series, following the film with the same name that was released in 2014, and it serves as a reboot for the franchise. Peacock gave it an order to go straight to series in May of 2021, and throughout 2021, they made statements about the casting of various roles. The location shooting was done in Spain.

In 2010, Preger Entertainment acquired an option to produce a film based on the Vampire Academy books written by Richelle Mead. The movie, which was made into a theatrical release in the United States in February 2014 and was a failure at the box office, was based on the first book in the series. In the wake of the unfavourable reception the film received, Preger Entertainment has begun an Indiegogo campaign in an effort to raise money for the creation of a sequel based on the second book, Frostbite. However, the effort was eventually unsuccessful and the project was scrapped because it did not reach its objective.

Julie Plec stated her interest in adapting the books into a television series via her Twitter account in March of 2015. As part of the overall deal that Plec has with Universal Television, Peacock picked up Vampire Academy straight-to-series in May of 2021. Plec and Marguerite MacIntyre served as the show’s developers, and Plec is also expected to serve as an executive producer on the show alongside Emily Cummins and Jillian DeFrehn. The film that was released in 2014 was produced by Don Murphy, Susan Montford, and Deepak Nayar, all of whom have now joined the series as executive producers.

According to Bille Woodruff, who directed the pilot, and Julie Plec, production had commenced in September 2021 in Spain at places such as Pamplona, Olite, Viana, and Zaragoza.

On September 15, 2022, Peacock broadcast the first episode of Vampire Academy.

According to the review aggregator website Rotten Tomatoes, the film had an approval rating of 78% with an average rating of 7.3/10, based on the opinions of 9 different critics. The website Metacritic, which employs a weighted average to determine scores, gave the work a score of 61 out of a possible 100, which represents “generally good reviews.”