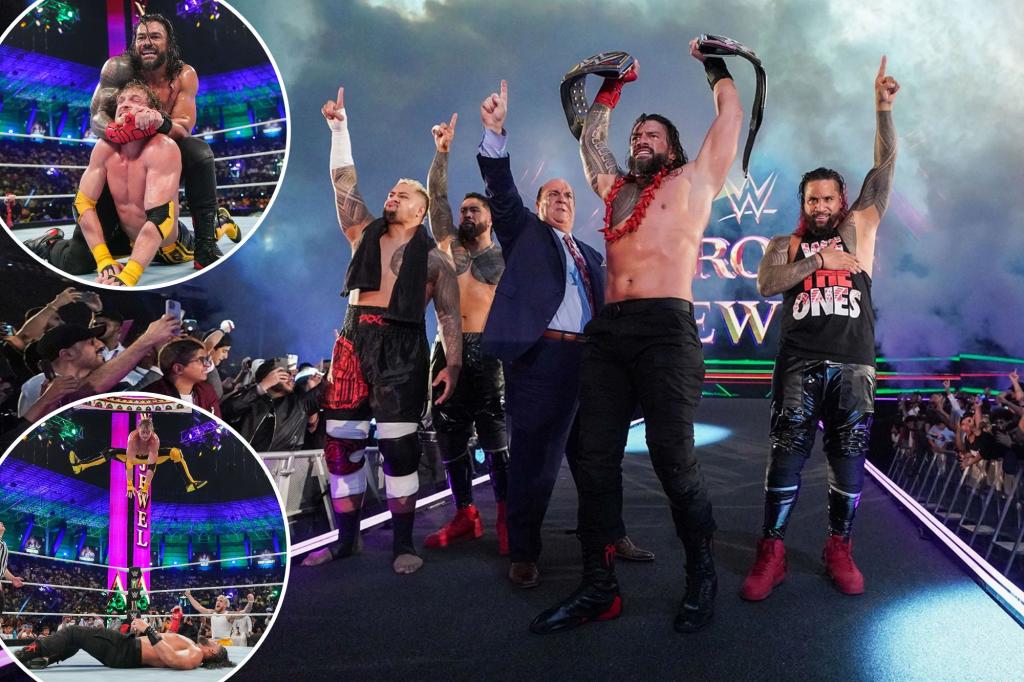 The days of WWE treating its Saudi Arabia pay-per-views like glorified house shows may be over under the Triple H regime as this year’s edition of Crown Jewel was one of the company’s top outings of the year.

The in-ring action was strong, the storytelling and finishes were sound and Roman Reigns and Logan Paul delivered a drama-filled main event that will certainly leave fans wanting more of the rivalry.

It feels absurd that Logan Paul is operating on a main-event level just three matches into his WWE career, but that’s where we are after the YouTube star completed an action-packed, drama-filled and downright entertaining main event with Roman Reigns. Paul came as close as anybody to ended The Undisputed WWE Universal champion’s 797-day reign. There were more than a few occasions after a flying cross-body, a frog splash, one lucky punch and a perfect buckshot lariat that it felt like the referee’s hand was going to hit the mat for three on Reigns. Paul’s top-rope frog splash while filming on his cellphone in slow motion onto Reigns laid across the announce table will be watched by millions and millions.

Paul’s whole entourage, including his brother Jake, got into with the rest of The Bloodline to try to neutralize them. Jake even got to drop both Jimmy and Jey Uso. Still, the outside-the-ring shenanigans were enough to buy a reeling Reigns time to recover. As Logan Paul re-entered the ring, Reigns delivered a Superman punch and a spear to regain his belts. The Head of the Table looked like a man relieved to escape still champ. This all feels far from over.