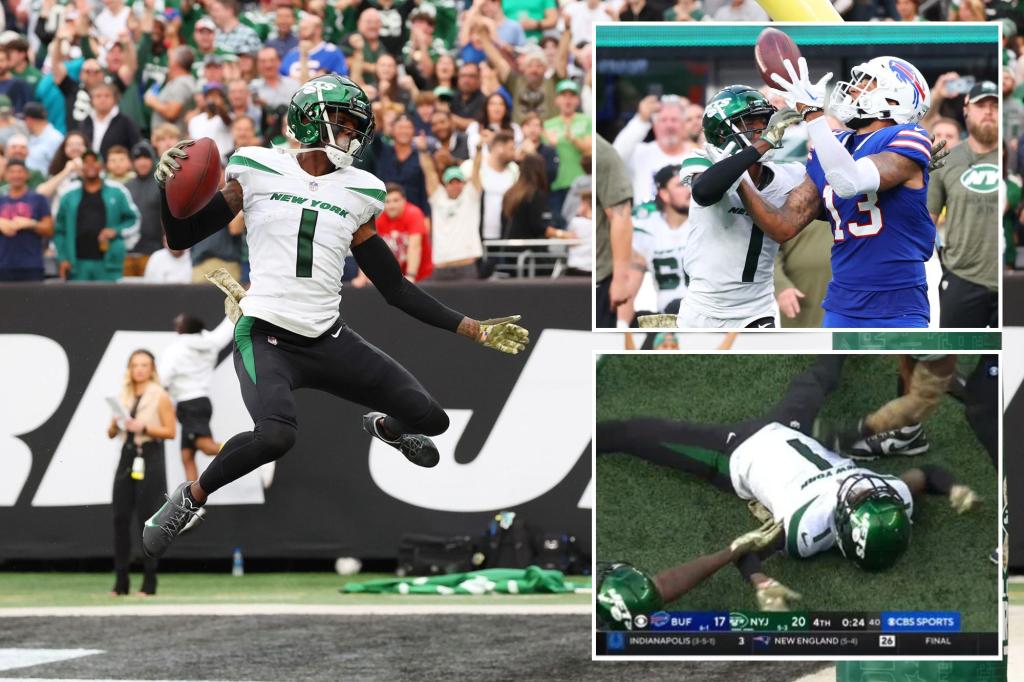 Sauce Gardner rolled onto his back and pretended to make snow angels on a green turf.

A hellish start for Gardner and the Jets turned into a heavenly finish Sunday when Gardner forced a fourth-down incompletion by playing tight coverage 65 yards from the line of scrimmage to clinch a 20-17 victory over the heavily favored Bills. Teammate Quincy Williams had been urging Gardner, who contributed seven tackles and an interception to the win, to dust off the snow-angel celebration that he unveiled earlier this season.

“When I was on the ground after that pass breakup,” Gardner said, “I was thinking, ‘It’s a great opportunity for me to do that.’ ”

Gardner’s mind quickly shifted to another thought, too. The Jets (6-3) will enjoy a bye week before getting another shot at the Patriots, who won the first meeting between the teams last week, 22-17, after Michael Carter II’s defensive touchdown that would’ve opened up a 14-point second-quarter lead was negated by penalty.

“It took me a little minute to bounce back. I’m like, ‘No way we lost that game,’ ” Gardner said. “It took me until Wednesday when we had practice to be like, ‘That game’s behind me. I have a great group of receivers to go against.’ I can’t wait to go against [the Patriots] again, but I can’t wait for the bye week, either.”

Gardner allowed a 42-yard completion on the first play against the Bills. Film study of the pre-snap motion told him that Stefon Diggs was going to run a different, quicker route. All of a sudden Diggs was behind him.

“[Sauce] got beat on that first play on that double move but he still stayed poised and kept himself in the game,” head coach Robert Saleh said. “He wasn’t even fazed by it.”