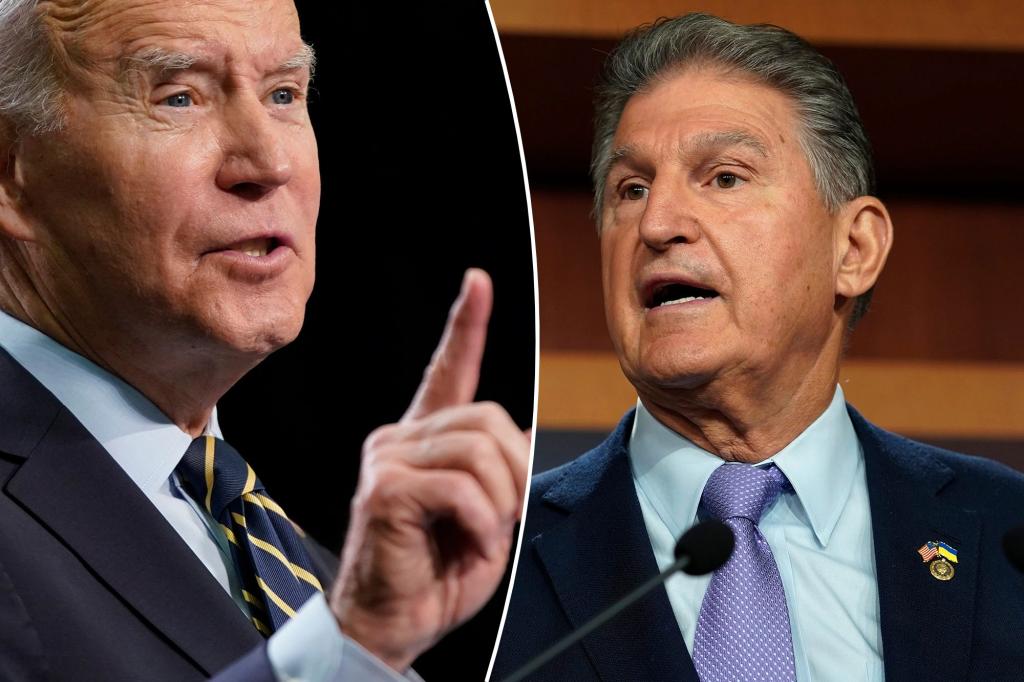 Sen. Joe Manchin Saturday demanded President Biden apologize for saying coal plants “all across America” will be shut down, in a scathing statement just days before crucial midterm elections.

“President Biden’s comments are not only outrageous and divorced from reality, they ignore the severe economic pain the American people are feeling because of rising energy costs,” Manchin, D-W.Va., said. “Comments like these are the reason the American people are losing trust in President Biden and instead believes he does not understand the need to have an all in energy policy that would keep our nation totally energy independent and secure.”

Manchin added: “It seems his positions change depending on the audience and the politics of the day. Politicizing our nation’s energy policies would only bring higher prices and more pain for the American people.”

Biden Friday called coal plants too expensive to operate, and said renewable forms of energy will replace them.

“No one is building new coal plants because they can’t rely on it. Even if they have all the coal guaranteed for the rest of the existence of the plant,” Biden said.

“So it’s going to become a wind generation,” Biden continued. “And all they’re doing is it’s going to save them a hell of a lot of money and using the same transmission line that they transmitted the coal-fired electric on, we’re going to be shutting these plants down all across America and having wind and solar power.”

Manchin, whose state has a long history with the coal industry, has often been critical of the Biden administration on energy policy.

But Manchin’s comments Saturday come at a remarkable time, just days before a critical midterm election in which Democrats and Republicans are in a toss-up battle for Senate control.

“Let me be clear, this is something the President has never said to me,” Manchin said of the Biden comments. “Being cavalier about the loss of coal jobs for men and women in West Virginia and across the country who literally put their lives on the line to help build and power this country is offensive and disgusting.

“The President owes these incredible workers an immediate and public apology and it is time he learn a lesson that his words matter and have consequences,” Manchin said.

“President Biden knows that the men and women of coal country built this nation:  they powered its steel mills and factories, kept its homes and schools and offices warm.  They made this the most productive and powerful nation on Earth,” Jean-Pierre said.

“He came to the White House to end years of big words but little action to help the coal-producing parts of our country,” she continued. “Working closely with Senator Manchin, a tireless advocate for his state and the hard-working men and women who live there, President Biden has helped get this part of the country back to work:  the unemployment rate in West Virginia was 6.2% the last month before Joe Biden took office; now it is down to 4%.”

Jean-Puerre added: “The President’s remarks yesterday have been twisted to suggest a meaning that was not intended; he regrets it if anyone hearing these remarks took offense.  The President was commenting on a fact of economics and technology:  as it has been from its earliest days as an energy superpower, America is once again in the midst of an energy transition.”