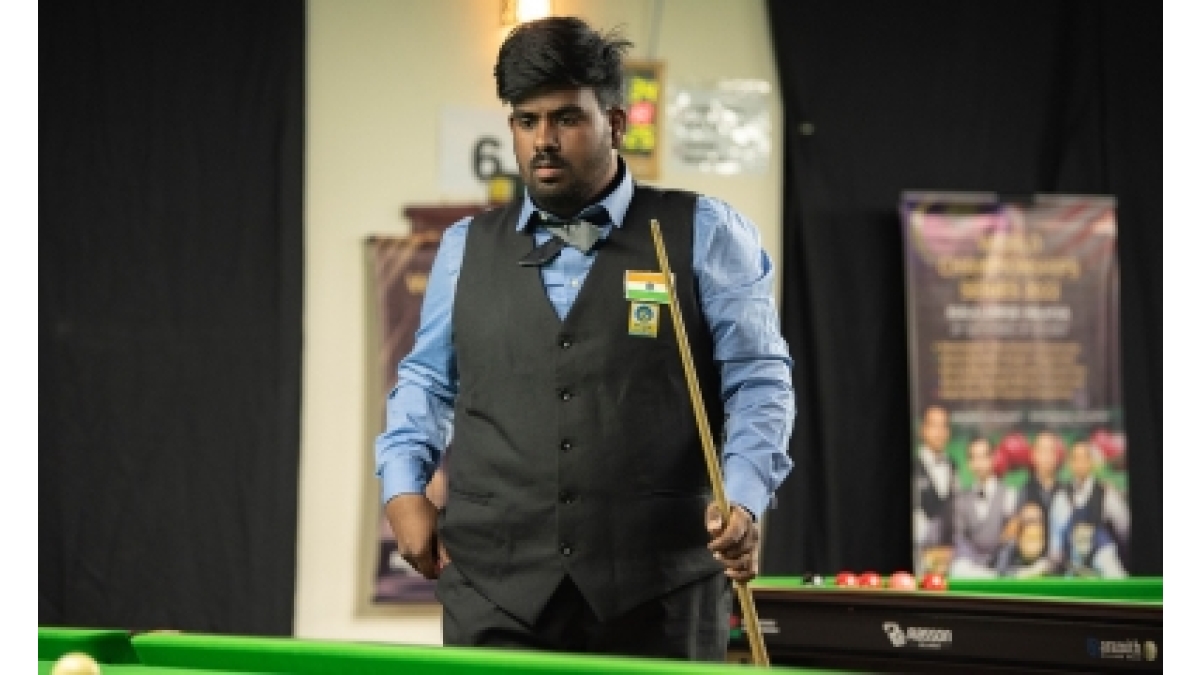 Shrikrishna enters the final of the World 6Red Championship 2022

From the beginning, the 22-year-old Shrikrishna was on a roll with excellent potting and precise cue-ball control. He established a strong hold on the game by winning the first three frames in a blizzard with the help of breaks of 49 in the first and 46 in the third.

In the fourth frame, Issara drew first blood after sitting out for a long time and with the help of an excellent long pot began his outing to capture the frame and went ahead with 30 points. A regulation missed red pot by Issara at that point saw Shrikrishna return to the table and cleared all the remaining balls with a break score of 41 to go ahead 4-0 in the best-of-9-frames encounter.

Throughout the four frames, Shrikrishna showed exemplary composure and a professional approach to outsmart Issara in every department of the game.

In the fifth frame, Shrikrishna again scored 22 points in the beginning. A failed attempt to break the bunch saw Issara return to the table and score some useful 15 points with a little ray of hope of capturing his first frame.

However, a couple of safety exchanges by both the players saw Shrikrishna trapping Issara inside the D with the help of his excellent billiards prowess.

Finding no way to escape, Issara had to give Shrikrishna an opening from where the Indian finished the proceedings with a score of 43-15 to win the frame and the match 5-0.

Earlier on Monday, Shrikrishna also knocked out James Wattana from Thailand after winning the deciding frame.

Shrikrishna was steady at the start and took a 2-1 lead and then Wattana crafted a break of 68 to lead 3-2, but again Shrikrishna returned to the game with the next two frames to win having a counter break of 68.

Once again Wattana won the frame to level the match and in the final frame, Shrikrishna got a partial opportunity where he showed courage to the pot that in the centre and took control over the game for total clearance with a break of 62 points to oust Wattana 5-4.