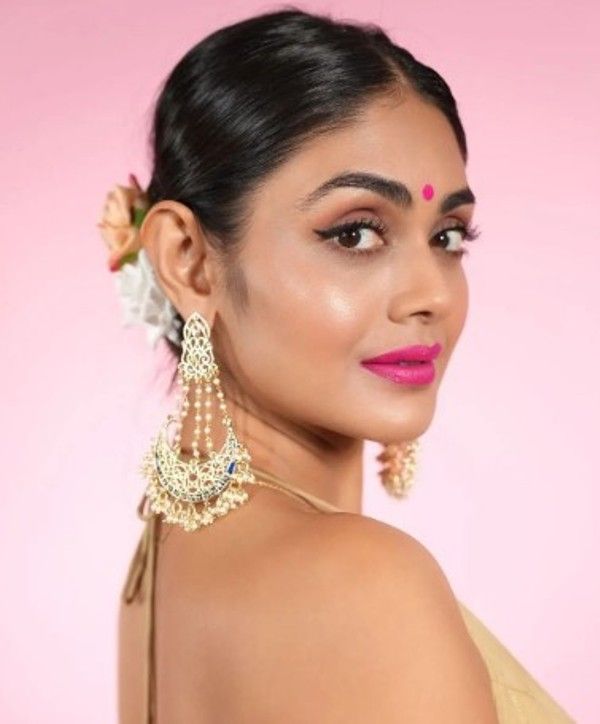 Sreejita De is an Indian model and actress. In 2022, she came into the limelight after she appeared in the Colors television show Big Boss 16.

Sreejia De’s mother’s name is Lipi De. She is the only child of her parents.

In a media interview, Sreejita De talked about her relationship with her ex-boyfriend and said that they broke up because he used to intrude on her personal space. She quoted,

When I started dating him, I didn’t know that I’ll have to change myself completely to win his love. He too, felt that once I fall in love with him, I will be exactly the way he wants me to be. He had issues with my profession and even changed the way I dressed. He wanted regular updates on what I am doing on the sets and who I am spending time with. I also had to be at home most of the time because he hated going out for parties or enjoying an evening out. For me, my personal space is extremely important and I wasn’t comfortable with his behaviour.”

On 21 December 2021, Sreejita De got engaged to her longtime boyfriend, Michael Blohm Pape, who holds German citizenship. In 2019, Michael and Sreejita met for the first time in a restaurant. According to Sreejita, she initiated a conversation by exchanging numbers with him, and soon, they started dating each other. In an interview, Sreejita talked about her relationship with Michael and said,

He is very supportive, motivating and my true friend. There are days when because of work pressure or something else you feel down and don’t feel motivated, that time he motivates me so much that I forget my worries.We have to now take a decision at the soonest and what I can think of right now is that the marriage will happen only next year. Early next year or maybe summer next year, I am just keeping my fingers crossed. I hope the situation gets better and everybody can be around us.”

In the same year, she played the lead role of Annu in the Hindi television show Annu Ki Ho Gayee Wah Bhai Wah. In an interview, Sreejita De talked about her role in the TV show and said,

I am loving every moment of it. I have a good show, a good role with one of the best production houses in TV today. I was surprised when they offered me the lead role, but seeing their faith in me, I wanted to do it. Annu is an extremely exciting and interesting role, its great fun being Annu.”

As an actor, you play characters that are written for you by script writers, which we definitely enjoy.  However, your fans and your audience have never had a chance to witness the real you. And for that, Bigg Boss is the right and infact the only platform that can help people know you upclose. It is like you are your own script writer, you write your own character and show it to the audience. So, this is what I absolutely love about Bigg Boss.