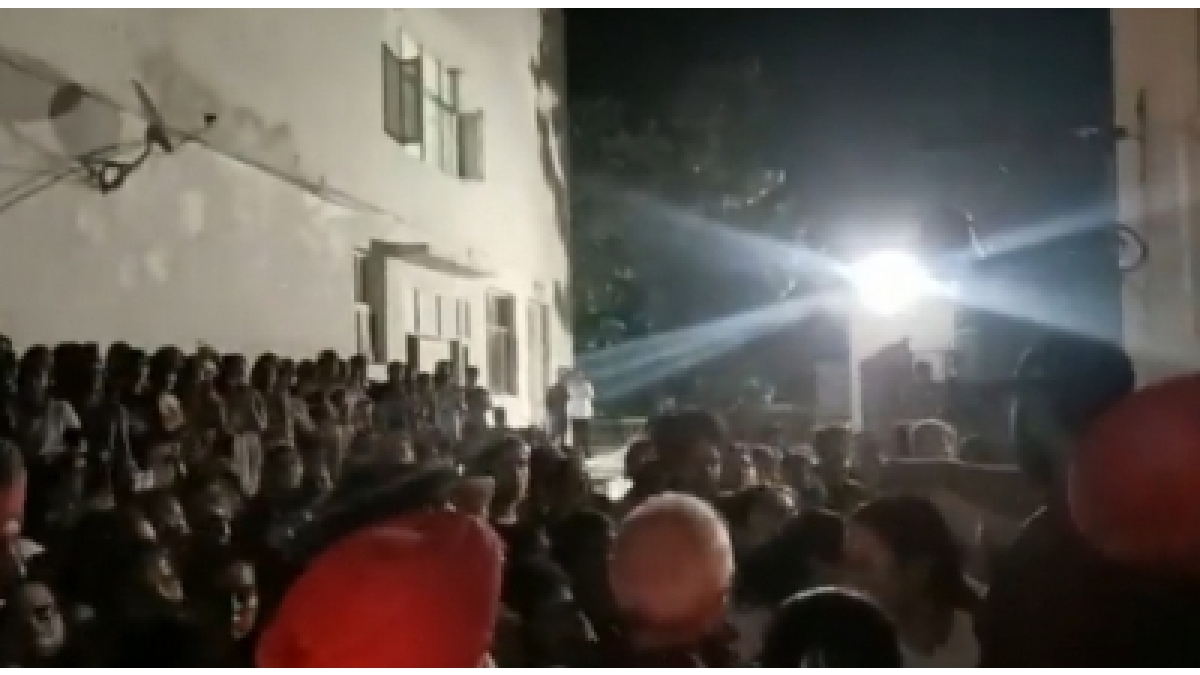 Following protests by the students on Saturday night, a female MBA student of the private university was arrested by the police on Sunday morning on charges of making an objectionable video.

She has also been accused of filming her fellow hostellers and making the videos viral.

As the matter drew angry political reactions, the university authorities clarified that “no videos were found of any student which are objectionable, except a personal video shot by a girl which she shared with her boyfriend”.

Also dismissing reports of suicide attempt by some students who were allegedly filmed, the authorities said “there are rumours that seven girls have committed suicide whereas the fact is that no girl has taken any such step”.

Senior Superintendent of Police Vivek Soni, who is leading the investigation team, categorically told the media that no attempt to suicide was reported after the incident came to light. Also, he said, so far there is no evidence of the video going viral.

“As per the investigation, the accused made her own video and shared it with her boyfriend. There is no video of other students made by her. There is no evidence of that so far. A lot of misinformation and rumours are doing the rounds. We should respect the modesty of the accused student as we are investigating the matter,” he said.

Soni appealed to the people and the students to maintain calm and help the police probe the matter.

As per reports, the accused hosteller sent nude images and videos to her male friend in Shimla, resulting in the footage being circulated online.

As the news spread, a massive protest was staged on the university campus on Saturday night with scores of hostellers raising ‘we want justice’ slogan.

The police had to resort to lathi charge to disperse the crowd.

Amid the raging controversy, Chandigarh University Pro-Chancellor R.S. Bawa said there are rumours that seven girls have committed suicide. “No girl has attempted any such step. No girl has been admitted to the hospital,” he said.

“Another rumour is doing the rounds that 60 objectionable MMS clips have been found of different students. This is totally false and baseless. During the preliminary investigation conducted by the university, only one personal video was found which was shot by a girl who shared it with her boyfriend,” Bawa said in a statement.

He added that all mobile phones and other materials have been handed over to the police for further investigation.

The Chief Minister said that “daughters are our dignity and pride”, adding that any such incident is highly condemnable.

He categorically said that anyone found guilty will not be spared and severe action will be taken against the perpetrators of this crime.

Requesting the students to maintain calm, Minister of School Education Harjot Singh Bains said, “The guilty will not be spared. It’s a very sensitive matter and relates to the dignity of our sisters and daughters. We all, including the media, should be very very cautious.”

Punjab State Women Commission Chairperson Manisha Gulati, who reached the university, said, “The probe is underway and law will take its course.”

She also said that the commission will inspect all universities so that such incidents do not occur again.

Additional Director General of Police Gurpreet Deo told the media that a youth from Shimla is known to the accused girl.

“More details will be known once he is detained. Forensic probe of the girl’s mobile phone will be conducted,” he said.

Meanwhile, former Punjab Chief Minister Amarinder Singh tweeted, “The #chandigarhuniversity incident is shameful. Those responsible must be given exemplary punishment. The dignity & safety of our daughters should be of topmost priority. Hope police gets into action and sets an example against the culprits.”