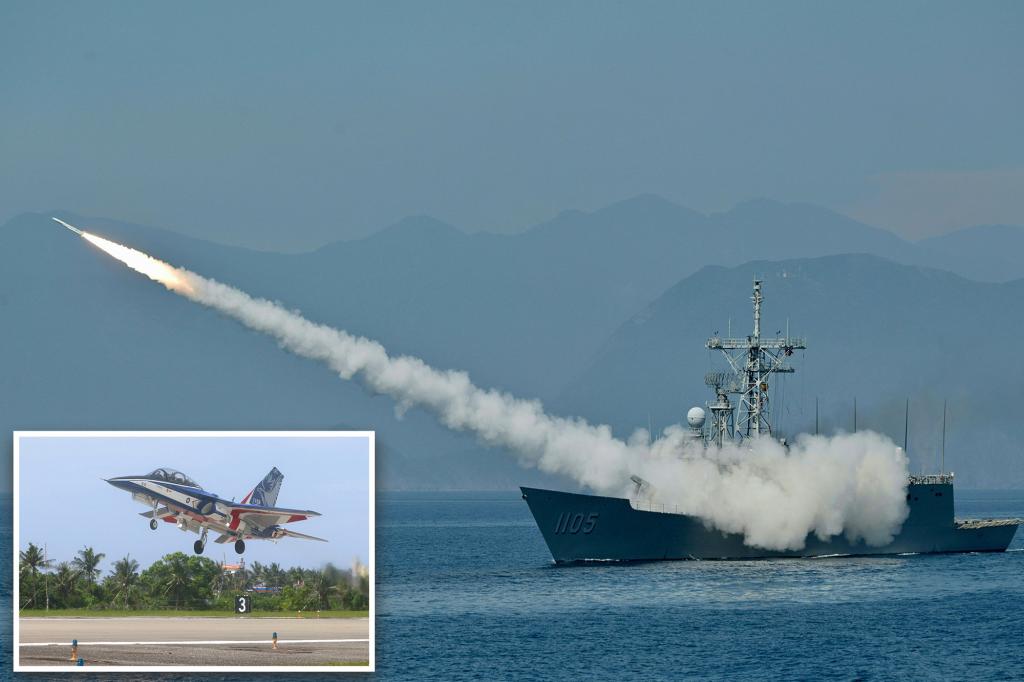 Taiwan on Saturday scrambled jets, naval responses and its missile systems after it detected 11 Chinese aircraft and naval vessels near the island.

Taipei’s defense ministry announced that two naval vessels and nine aircraft from the Chinese People’s Liberation Army (PLA) were found in and around the Taiwan Strait, including one which crossed the Air Defense Identification Zone (ADIZ).

China has conducted wargames in the region for months though its latest deployment of military forces to the area comes just days after senior PLA officers said the military was “on full-time standby” for war in the Strait, first reported the South China Morning Post Saturday.

“We must be fully prepared to respond to external interference and major incidents relating to Taiwan independence through non-peaceful means and other necessary measures, always maintain a high state of readiness, and be ready for war at all times,” the head of the Central Military Commission’s research bureau, Major General Liu Yantong, wrote in a report issued to the Chinese Communist Party’s congress.

Another top official reportedly said China’s forces would be “resolute” in squashing any attempts from Taipei to seek independence or from foreign interference.

Top Democratic leaders on Friday from the G7 issued a joint statement warning China against altering the regional “status quo.”

“We remain seriously concerned about the situation in and around the East and South China Seas. We strongly oppose any moves that increase tensions and undermine regional stability,” they said referring to China’s naval force posture.

Taiwan identifies as a sovereign nation with democratic values, but it is officially recognized by China, the United Nations and the U.S. as part of the one-China policy.

Top diplomats from the G7 pledged their commitment to the one-China policy but called on China to “abstain from threats, coercion, intimidation, or the use of force.”

“We strongly oppose any unilateral attempts to change the status quo by force or coercion,” they added.