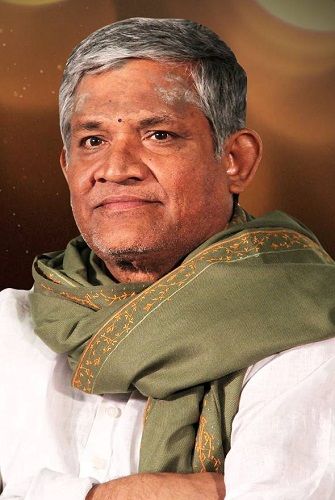 Tanikella Bharani was born on Wednesday, 14 July 1954 (age 68 years; as of 2022) in Secunderabad, Hyderabad (now Telangana). His zodiac sign is Cancer. His family hails from Jagannadhapuram village in Andhra Pradesh. He did his schooling at a railway school in Hyderabad. He then did his graduation in commerce from Railway Degree College, Secunderabad, Telangana. Later, he did a diploma in drama from Osmania University, Hyderabad, Telangana.

His father’s name is T. V. S. Srithanikella Ramalingeswara Rao, and his mother’s name is Lakshmi Narasamma. His father used to donate rice, pulse, and other food items to needy people during natural calamities in their village. Tanikella has three elder brothers and three younger brothers.

Tanikella Bharani with his parents and wife

On 30 November 1988, he got married to Durga Bhavani, and the couple has a son named Teja Tanikella, and a daughter named Bhavani Tanikella. His son, Teja, works as an actor.

Tanikella Bharani with his family

While he was in college, he wrote a play titled ‘Adde Kompa.’ The play was liked by the audience, and he won the first prize for the play. In the mid-70s, he met the acquaintance of the Telugu actor Rallapalli. With his assistance, Tanikella started writing stage scenes and dialogues for plays. Later, on the advice of Rallapalli, he shifted to Chennai. He then played the role of a 70-year-old man in a theatre play titled ‘Mugimpi Lai Katha’ which was written by Rallapalli. He came into the limelight with the theatre play. Later, when Rallapalli was in a need of playwright for his theatre company ‘Sri Murali Kalanilayam,’ he asked Tanikella to work for him as a playwright. He agree to it and worked as a playwright for 10 plays for the theatre company. One of his plays ‘Gograhanam,’ won the Sahitya Akademi Award. Apart from writing plays, he has also performed in many theatre plays. Some of his popular plays are Jambu Dweepam, Chal Chal Gurram, Naalugo Kothi, Kokkorokko, and Gaardhabhaandam. He has also worked in many Telugu playlets including Gaardhabhanda, Grahanam Pattina Ratri, Sani Grahalu, Goyyi, Panjaram Lo Elaka, and Hulakki.

Tanikella Bharani in a theatre play

He then started working as a dialogue writer for Doordarshan TV shows. In 1985, he made his debut as a writer with the 1985 Telugu film ‘Kanchu Kavacham.’

A collage of Tanikella Bharani’s photos from his various films

Tanikella Bharani in the film Baahubali- The Beginning (2015)

He made his Tamil debut with ‘Veetla Visheshanga’ (1994) in which he played the role of inspector.

Tanikella has also acted in a few Hindi films. His debut Bollywood film is ‘Love Ke Liye Kuch Bhi Karega’ (2001) in which he played the role of Dakshina Murthy.

In 2012, he directed the Telugu film ‘Mithunam’ starring S. P. Balasubrahmanyam and Lakshmi. He has also directed a few Telugu short films.

A poster of the Tamil film Ponniyin Selvan: I (PS1)

Controversial Lyrics of a Devotional Song

In 2021, one of his songs’ lyrics receive huge criticism. The lyrics of his song were “Gappal goddaru gadde kodukulu .. nuvvundanga levantaru .. unnavo levo chevula jeppipora shabbashra Shankara” which means “Gappal is the son of a donkey Don’t wake up when you are! Zepipora of the ears whether you are or not Shabbash Ra Shankara.” Tanikella received huge criticism for his song. Later, he uploaded an apology video on his Facebook account. In his video, he said,

I am not against anyone .. The video was released unconditionally apologizing. For the last few days I have been posting on Facebook saying ‘Shabash Ra Shankara ..’ However .. unfortunately some of the comments were known to have hurt some minds .. hurt. I do not want to give an explanation for it anymore. Because whatever is said is like covering up .. I join hands and apologize unconditionally. Also deleted that post .. I have no objection if all rationalists .. humanitarians miss the honor. Also no one has the right or the power to hurt any man. I want to apologize once again for the mistake .. Hello everyone.”