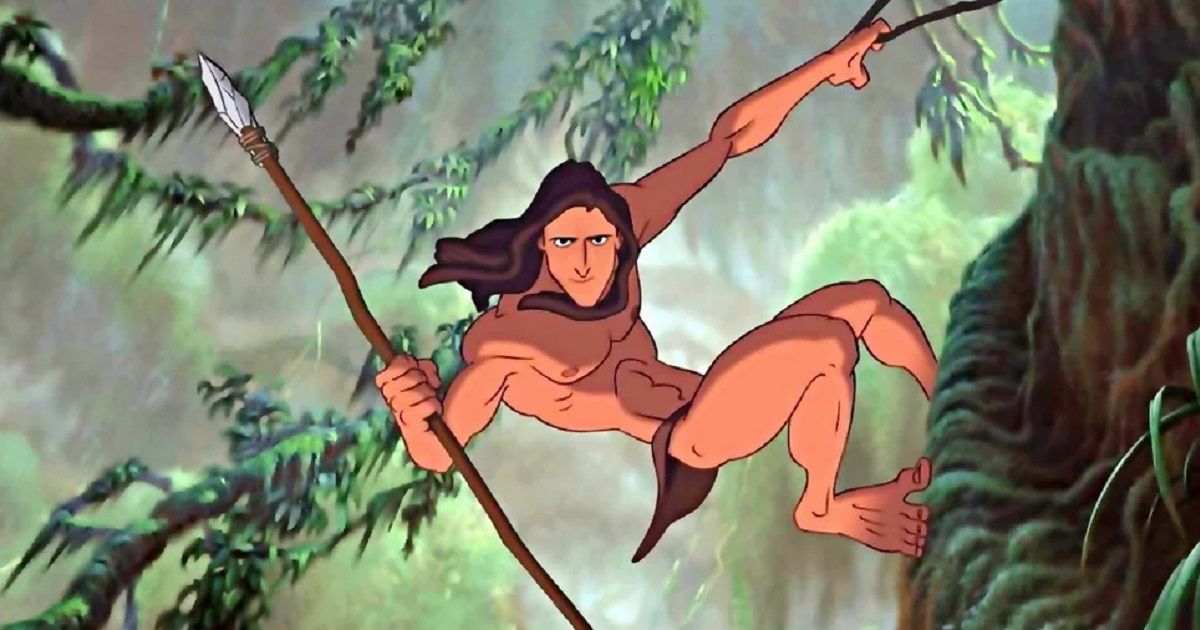 Tarzan Reboot Planned at Sony, Will Be Total Reinvention for the 21st Century

Sony Pictures reportedly has big plans for the iconic character, Tarzan, after the studio picks up the screen rights to the literary and silver screen legend from Edgar Rice Burroughs’ estate, Edgar Rice Burroughs Inc. According to a report from The Hollywood Reporter, Sony is planning a complete overhaul of Tarzan, with their plans being described as a “total reinvention” of the character and the “intellectual property.”

The studio is reportedly looking to bring the character of Tarzan to a place “for audiences in this time and space of the 21st century.” Currently, no other information has come out of Sony, with no filmmakers, stars, or producers attached to whatever they have in mind.

As the report goes on to point out, the Tarzan property finds itself in a peculiar place, with the character existing in both the private and public domain. So, while Sony Pictures has now purchased screen rights from the Burroughs estate, early stories involving Tarzan are technically fair game as they sit in the domain of the public.

Sony has yet to comment on their plan for this reinvention of Tarzan, but we look forward to seeing exactly what it is they have in mind for the iconic character and the property as a whole.

The story of Tarzan is well-known at this point, but here it is anyway for anyone who has perhaps been living in a cave or just awoke from a lengthy coma. Created by Edgar Rice Burroughs for the novel Tarzan of the Apes way, way back in 1912, Tarzan is the son of a British lord and lady who find themselves marooned. Tarzan’s mother dies when he is just an infant, with his father being killed by the leader of an ape tribe soon after.

Thus, Tarzan is adapted by one of the apes, Kala, becoming one of them as he learns to climb, hunt, swing from the branches, and generally survive in the jungle as a wild animal. During his adolescent years, Tarzan meets a young woman named Jane Porter who has also become stranded in the jungle. Through Jane, Tarzan slowly learns who he really is, falling in love with Jane and rediscovering his human identity.

Tarzan Has Been the Subject of Many Adaptations for Many Years

Tarzan has been adapted for the screen multiple times over the last several decades across many mediums, including radio, the stage, comics, video games, and both the big and small screen. One of the most popular outings for the character remains Disney’s 1999 animated effort.

The most recent outing though came in the form of 2016’s The Legend of Tarzan, starring Alexander Skarsgård, Samuel L. Jackson, Margot Robbie, Djimon Hounsou, Jim Broadbent, and Christoph Waltz. The story follows Tarzan, who, after moving to London, is convinced to return to his former home in the jungles of Africa, to investigate claims of slavery.

The Legend of Tarzan received mixed reviews from critics, with much of the criticism being leveled at the movie’s uncomfortable colonial optics and for falling into the trappings of a “white saviour” story. No doubt these are the exact elements that Sony is looking to avoid repeating with their Tarzan reinvention.