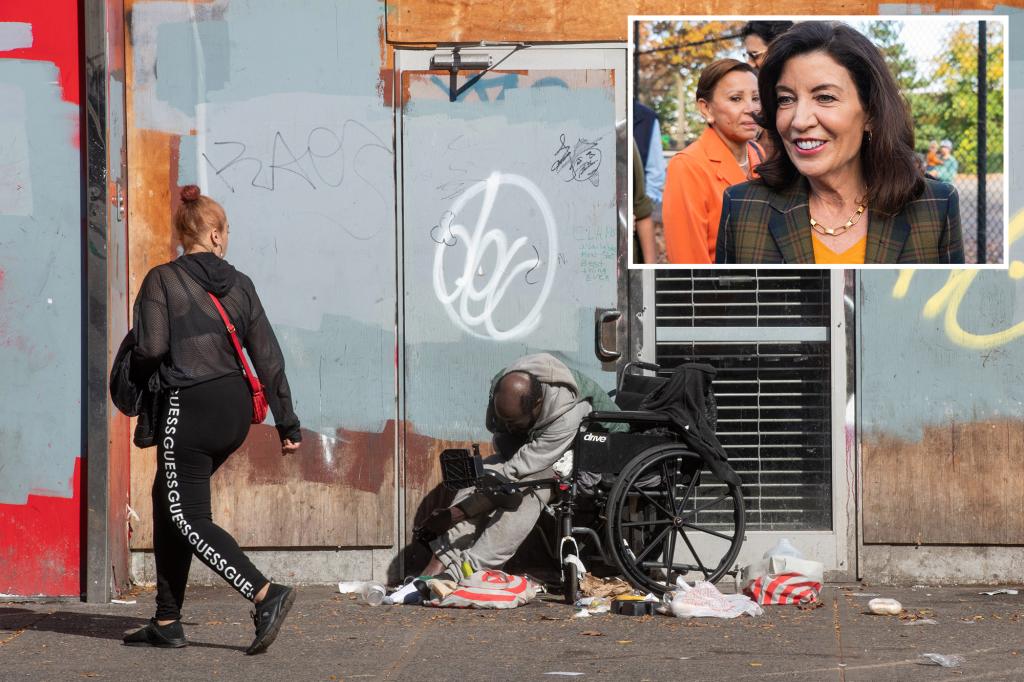 Whole blocks of East Harlem are plagued by “zombie” drug addicts freely shooting up, and the dealers who supply them — thanks to Gov. Kathy Hochul and her progressive allies. It’s another reason to reject Hochul’s “conspiracy” theories on why people are fearfully furious about crime: Normal folks view this neighborhood-destroying disorder as “crime,” even though Hochul & Co. have made it legal.

That she doesn’t get it, and thinks she can get away with citing cherry-picked data to pretend everything is fine (or at least that it’s not her fault) goes directly to her fitness to govern. The bull that wins applause at her pay-to-play fundraisers will never convince the New Yorkers who have to live with the reality.

Zombieland is a direct result of multiple “harm reduction” bills that Hochul signed into law a year ago in part of her endless drive to appease progressives.

Crucially, the new laws decriminalized public possession and sale of hypodermic needles, and lifted the cap on how many needles a pharmacy could sell. As a result, the de Blasio NYPD felt compelled to order cops not to take “any enforcement action against any individual who possesses a hypodermic needle, even when it contains residue of a controlled substance.”

Thanks to a handy safe-shootup facility on E. 126th Street, the surrounding area hosts hordes of addicts jabbing themselves in public, then passing out on residential stoops, as well as syringes littering the ground — all in front of grade-schoolers.

No-bail plays a role, too: “The police came; they saw the selling happening, across the street; they made an arrest,” one 126th Street resident complains. “Twenty minutes later, those same guys that I see every day selling were back.”

Manhattan Community Board 11 Chairman Xavier Santiago, whose board oversees much of Upper Manhattan, thunders, “Unilaterally taking the steps that each of the agencies and the other elected leaders in Albany did” without also passing “laws to require people to enroll” in drug-treatment programs “is only continuing the drug problem.”

A Hochul spokesperson told The Post that it’s . . . not her fault.

Despite the gov’s disastrous record of enabling disorder, the polls still give her an excellent shot of winning on Election Day. If you don’t vote against her and every other Democrat on the ballot Tuesday, Hochul might get away with her “don’t believe your lying eyes” strategy.