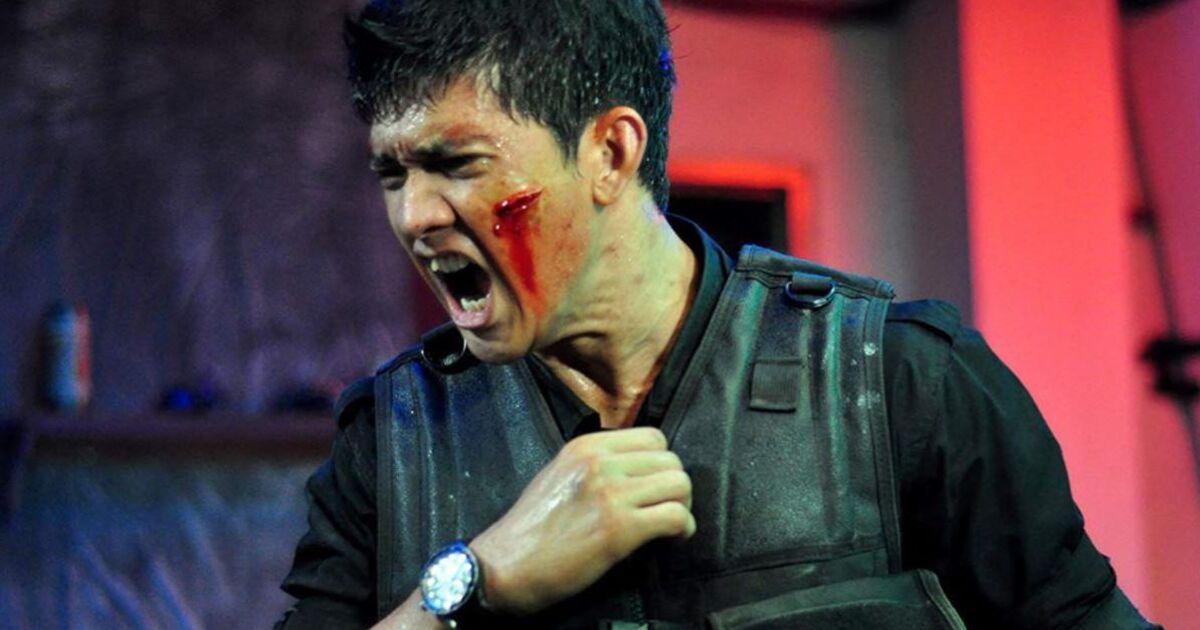 The Indonesian martial artist is responsible for many of the best action movies of the past decade. He redefined action with the 2011 action extravaganza The Raid and again in the spectacular sequel in 2014. While the talent of this incredibly fast martial artist is yet to be seen by casual movie audiences. Sure, Iko Uwais has been in a few Hollywood action movies, with the recent Snake Eyes, Stuber and Mile 22; however, all these Hollywood movies proved disappointing and didn’t allow Uwais to fully display his abilities. Let’s hope that the upcoming Expendables 4 can change all that. True action movie fans know that Iko Uwais is undoubtedly one of the best martial artists in cinema, rivaling many of the martial arts legends like Bruce Lee, Jackie Chan, Scott Adkins, Tony Jaa and Donnie Yen, just to name a few. So without further ado, let’s rank the best Iko Uwais movies.

Merantau sees Uwais in his first on-screen performance, and we are underselling it to say he came in with a bang. Similarly, the film was also the big break for Gareth Evans, who would later go on to direct The Raid movies. With the typical Evans and Uwais combo, we get beautifully shot and incredibly fast-paced action scenes, although they may not reach the level that The Raid movies did, Merantau as still a great stepping stone for both Uwais and Evans. In a Jackie Chan-esque story, Merantau sees a young villager who must use his ferocious skills of the Indonesian martial arts style of Silat to survive against the slave trade.

Related: The Art of Fighting Without Fighting: 10 Stunt Choreographers Behind Some of Your Favorite Fight Scenes

In perhaps his best Hollywood movie, Beyond Skyline gracefully interjects martial arts with alien invasion, of the scale of Independence Day. Seeing Iko Uwais and his Raid Co-Star Yayan Ruhian go toe-to-toe against gigantic alien beings with their breakneck Silat speed will never not be awesome. Writer-director Liam O’Dowell saves the two action stars for the later half of the film, making their appearance more impactful and exciting. As a sequel to the poorly received Skyline, Beyond Skyline brought new life into the franchise by telling a compelling and familiar story, as well as some well-done action scenes. Beyond Skyline similarly led to another sequel, which wasn’t as well received as Beyond Skyline, but still saw its rightful praise. Beyond Skyline follows Mark Corley (Frank Grillo), a detective in search for his son after a devastating alien invasion. With the help of survivors, Mark hatches a plan to save his son from the extraterrestrials.

This martial arts extravaganza is nothing short of martial arts fan’s dream, teaming legends like Tony Jaa, Scott Adkins, Michael Jai White and Iko Uwais, to deliver many exciting and jaw-dropping action scenes. Sure, the story may be worn a little thin, and the acting may be questionable at times, but we are all here to see some awesome action between martial arts legends, and these showdowns do not disappoint, with Iko Uwais and Tony Jaa teaming up to take down Scott Adkins. Triple Threat is cheesy, explosive, and incredibly exhilarating. The film follows a crime syndicate who puts out a hit on a billionaire’s daughter, making her the target of an elite assassin squad. It’s up to a small band of mercenaries to protect her at all costs.

Feeling very similar to the concept and story of the Bourne movies, Headshot sees Iko in his most emotional and arguably his best leading performance yet, delivering a compelling and layered performance as a man struggling with amnesia and confronting his deadly past. As in many of Uwais films, the fights are brutal, fast-paced, and exciting; however, the brutality in Headshot feels very real and visceral. From a terrifying close quarters fight on a bus, to a very bloody and tense attack on a police precinct. A strange man who washes ashore, suffers and is then nursed to health by a female doctor; she soon learns that he suffers from amnesia, but when his past comes back to fight him, he is forced to remember everything that he forgot.

This Netflix original action flick puts Uwais in a very compelling turn as the antagonist of the film. Teaming up once again with The Raid co-star Joe Taslim, the fight scenes are very similar to that of The Raid, except there is so much blood. If you consider yourself a squeamish person, we recommend that you skip this action flick; people get blown up with guts flying everywhere, bones are broken and sawed through almost too many times, with many knife slashes and guts hanging down. The story is simple but effective, but like most action movies, the real draw is the action. The Night Comes For Us sees a gang land enforcer who turns his back on his former life as a killer to protect a young village girl. This leads to the Triad he once worked for to hunt him down to kill both him and the girl.

Doubling down on everything great from the original Raid movie, with impeccable fight scenes that you won’t find anywhere else, deadly characters, and of course the brilliant Iko Uwais, The Raid 2 delivers bigger and better action than the first. The set pieces are much better, and with the film not being set in one apartment building, Gareth Evans got really creative, using a high-octane car chase that similarly saw Uwais’ character fight people in a car, a muddy and brutal prison fight all ending with a fight scene set in a sterile, white kitchen that quickly gets painted in blood. If you love the fights from The Raid, The Raid 2 will also leave you satisfied. One aspect that sets The Raid 2 apart from its predecessor is that The Raid 2 has more of an intricate and compelling story. Following the events from The Raid, Rama (Iko Uwais) must go undercover to protect his family. He gets sent to prison and befriends the son of a deadly crime kingpin. Rama must risk everything to put a stop to this dangerous criminal empire.

Of course, we have the legendary martial arts action flick, The Raid at number one by a country mile. Sure, The Raid 2 offers more, but The Raid is undeniably one of the most revolutionary action movies of all time. At a time when shaky cams were hauntingly taking over Hollywood, The Raid offered much more fluid and better-produced action scenes, that attempted to rid the dreaded action movie trope of quick cuts and shaky cams. The Raid sees a SWAT group as they raid a large apartment complex, home to a deadly criminal organization. Once their cover is blown they must fight for their lives as each floor is riddled with vicious gang members.