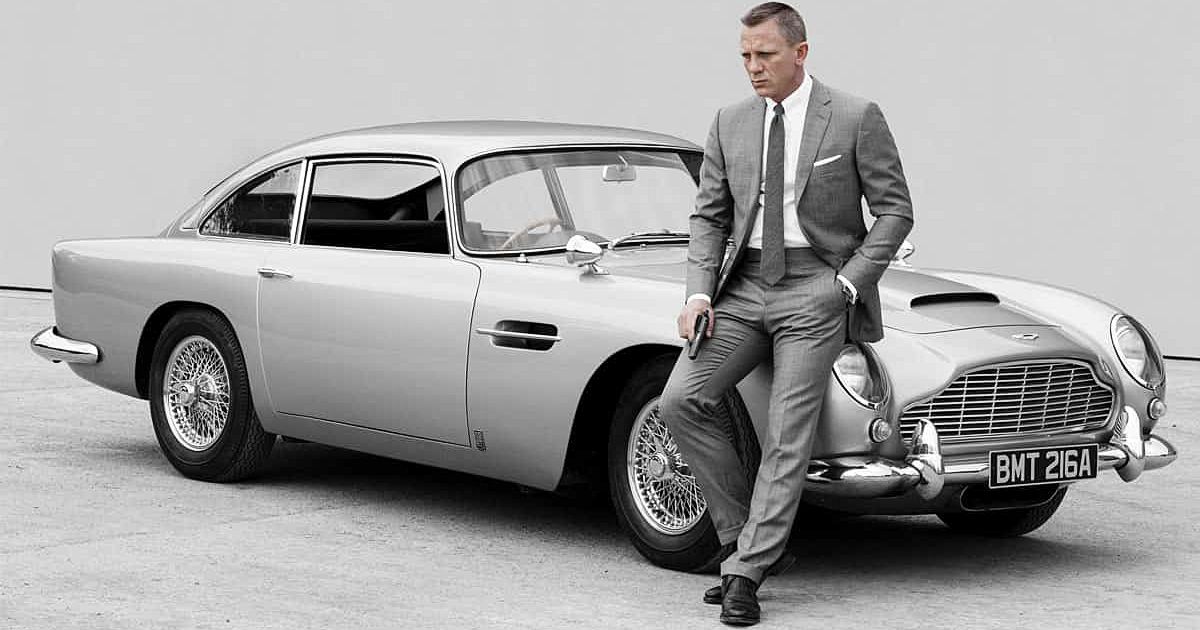 The Coolest Cars From the Franchise, Ranked

James Bond has always been associated with cool cars, even when he was just a fictional character in a collection of novels, before making the leap to film. Now with 25 movies in the series over the past 60 years, six different Bond actors (and their stunt doubles) have driven dozens of vehicles on-screen, from an underpowered Citroën 2CV to a Caterpillar excavator to a moon buggy. The latest film, No Time To Die, saw Bond choosing a Land Rover in retirement. But the automobiles most associated with the character are beautiful and powerful sports cars. Here are our rankings for the 8 coolest cars from the James Bond franchise.

While James Bond would eventually become synonymous with gadget-filled Aston Martins, in the very first film, Dr. No in 1962, producers had to settle for the sportiest car they could find on location in Jamaica. That was a lake blue Sunbeam Alpine Series II convertible that looked particularly small with 6 foot 2 inch Sean Connery driving. There were no upgrades, either in real life or by Q Branch, so it was up to Bond to drive his way out of trouble, which he did, sending his pursuers over a cliff in the first of many such scenes to come.

Bond doesn’t actually drive the Toyota 2000GT in 1967’s You Only Live Twice. But as a passenger, he gets to enjoy the many special upgrades, including a television screen, which undoubtedly seemed very futuristic to audiences at the time. The real-life car likely caught producer Cubby Broccoli’s eye while he was in Tokyo, but Toyota had to custom-build two models for the movie, removing the top to fit Connery, thus turning the coupe into a roadster. The appearance reportedly gave the company some legitimacy internationally and boosted sales on its way to becoming the world’s largest car manufacturer.

Some gadgets first seen in Bond cars did eventually make their way to the public. In 1997, Pierce Brosnan as Bond drove his BMW 750iL with his mobile phone in Tomorrow Never Dies. Cell phones were still years away from being ubiquitous, and it would be a decade before smartphones began to take over, so the idea of controlling a vehicle with one was well ahead of its time. These days, it’s common to hail a ride with a smartphone, and Tesla owners can use the Summon feature to park or retrieve their nearby vehicles from their phones without being inside them.

The majority of 1971’s Diamonds Are Forever takes place in and around Las Vegas, so it made sense that Bond would drive an American car. It was the age of muscle cars, and a bright red Ford Mustang Mach 1 fit the bill. In the vehicle’s most memorable scene, Sean Connery as Bond is trying to lose the police as he swerves through glittering downtown. At one point, he ramps the car onto two wheels to escape down a narrow alley, only to emerge on the other two wheels. The physics are puzzling, but the car’s power is unmistakable, and it wouldn’t be the last time Bond pulled a stunt to escape.

When one thinks of cool cars, the AMC Hornet probably doesn’t come to mind. Decades after its glory days as the Fabulous Hudson Hornet, the version Roger Moore drives in The Man with the Golden Gun in 1974 is notable because it pulled off perhaps the greatest single stunt in a franchise full of them. This was no CGI or miniature trick, though computers were used for the first time to model a spiral jump and prove it could be done. Then stunt driver Loren ‘Bumps’ Willert took a modified Hornet through a complete barrel-roll over a river in one take! Now known as the corkscrew jump, the ground-breaking stunt was so unbelievable that many thought it had to be a special effect, and the slide whistle sound effect didn’t help.

Related: These Are the Best Movies For Car Lovers

​​​​​​​Bond drove several different Aston Martins over the years, but for the sheer number of useful gadgets, it’s hard to beat the model from 1987’s The Living Daylights. On his inaugural outing, Timothy Dalton as Bond drove a modified Aston Martin V8, using elements of the convertible Volante model, but with a hardtop and Vantage upgrades and badges. Among the devices Dalton deploys are a cutting laser, heat-seeking missiles controlled with a heads-up display; a jet engine booster, and retractable skis! More recently, the Aston Martin V8 showed up again when Daniel Craig took it out of storage for his final appearance as Bond in No Time To Die.

​​​​​​​​​​​​​​Outside of his Aston Martin, the car most associated with James Bond has to be the Lotus Esprit S1 from The Spy Who Loved Me in 1977. It basically had one trick, but it was a memorable one, transforming into a submarine after diving off a pier. Fans might be surprised to learn that a full-sized model was​​​​​​​ built and filmed underwater in the Bahamas! Unfortunately, it wasn’t watertight, so the “driver” was actually a diver in scuba gear. The car proved so popular that a Lotus Esprit Turbo was used again in 1981’s For Your Eyes Only, this time with copper metallic paint, so it contrasted with the snowy scene in which it appeared.

The Aston Martin DB5 is unquestionably James Bond’s car. No other car is so closely connected with the character, and three different Bond actors have driven it. First appearing in Goldfinger in 1964, Sean Connery can’t believe the modifications Desmond Llewelyn as Q has made: “Ejector seat? You’re joking!” Bond unsurprisingly crashes it, but after being recovered, Connery would drive it once more in 1965’s Thunderball. It’s easy to forget that 30 years passed before audiences saw it again, this time with Pierce Brosnan behind the wheel in GoldenEye in 1995, and then again briefly in Tomorrow Never Dies in 1997.

Next, Daniel Craig as a rebooted Bond wins the car in a poker game in 2006’s Casino Royale, only to see it completely destroyed at the end of SkyFall in 2012. But you can’t keep a good car down, so the new Q, played by Ben Whishaw, restores it yet again in time for Bond to drive away in 2015’s Spectre. And that leads to its most recent appearance in the action-packed extended opening of No Time To Die in 2021. Only time will tell if we see it again, but as its many appearances prove, the Aston Martin DB5 is surely the coolest car from the James Bond franchise.