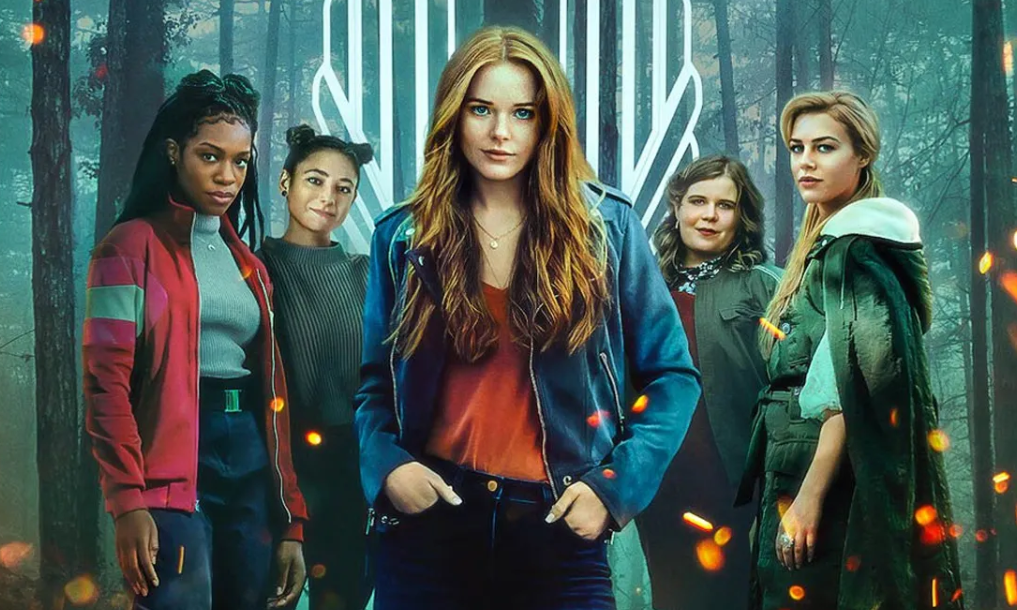 The Fantasy Series Loses the Magic to Drama and Expositions

Fate Season 2 of The Winx Saga is here, and it has a lot of new characters, drama, and explanations, some more than others, which sometimes takes away from the magic of the show.

The Netflix show is based on Iginio Straffi’s popular Nickelodeon cartoon Winx Club.

There are seven episodes in the second season of the show. Each episode is between 40 and 50 minutes long.

Too much is going on in Season 2 of Fate: The Winx Saga

Well, the audience didn’t really like the first season of Fate: The Winx Saga. Even so, there will be a second season because the end of the first season was such a painful cliffhanger that it really called for a second chance to remake the cult favorite animated series. And while season two does a great job of standing out as a young adult story, it lacks the conviction and essential plot to be exciting as a fantasy show.

In Season 2 of Fate: The Winx Saga, Rosalind is healthy and back to running Alfea. Andreas is also back, and while Silva waits for trial, he has taken Silva’s place as the Specialists’ leader. Bloom, Aisha, Musa, Stella, and Terra are still going to school at Alfea, but things have changed and are even dangerous. With Rosalind far away and the girls still not knowing about Dowling’s death, the chaos is real.

Fairies have been going missing since Rosalind became headmistress and started following Beatrix everywhere. Sky and Sam are clearly not doing well, but Riven and Dane are really stepping up their game. So, yes, some characters have mental health problems, while others are doing well in the new Alfea-ian world.

The Burned Ones don’t seem to be around in the new season. Does this mean that Bloom and her friends are safe? Certainly not! A new shadow or shadows of danger are just around the corner, and as the Winx test these murky waters, things start to go wrong for our smart fairies, especially Bloom, who is the only one who knows how to use the ancient Dragon Flame.

Fate The second season of The Winx Saga starts off with a good plot and good intentions. Some of the side stories are romantic, and others are mysterious. But at some point, the show starts to trick us a lot, and by the end, there has been too much going on for us to really focus on the magic. Adding new characters like Flora, who is Terra’s cousin, Grey, who is Aisha’s love interest, and others, doesn’t help the situation.

In the second season, there are too many explanations and reveals that always happen at the wrong time. It keeps bringing up the question of who Bloom’s parents are without taking us anywhere clear. It adds the subplot of Blood Witches without telling us where they came from or why they do what they do. The bad guys change every few seconds, making it hard to keep track of who is who.

Even though the story is full of ups and downs, there is one thing that shines through: friendship and camaraderie. Especially the new bonds that are being made, like the ones between Musa and Riven, Stella and Beatrix, and, to some extent, Flora and others. The character growth, on the other hand, is shallow. For example, Bloom seems very sure of herself with her Dragon Flame because she talks about it all the time. Even though she does it out of kindness, it gets old after a while. Aisha’s love life seems to be going nowhere and is only there to bring Grey into the picture, while Dane’s role in the show is still unclear.

Beatrix, who is one of the strongest and smartest characters in the show, has some of the strangest plot twists, and some of the friendship sparks between Stella and Sky or Musa and Dane were so weak that you wonder why they were even in the show.

Overall, Fate: The Winx Saga Season 2 does a good job of making people laugh and building a world. It could have done better, but the way this season ended makes it inevitable that there will be a third. There is a good chance that this Netflix fantasy show will get better the third time around.

Fairies, welcome back to Alfea! Since we last saw the fairies of the Otherworld, a lot has changed for Bloom (Abigail Cowen), Stella (Hannah van der Westhuysen), Terra (Eliot Salt), Aisha (Precious Mustapha), and Musa (Elisha Applebaum) on Fate: The Winx Saga Season 2. Now that Headmistress Dowling (Eve Best) is no longer in charge, almost everything at the school is very different from how it was when she was in charge. This time, though, Terra’s cousin Flora (Paulina Chávez), who had been away for a while, has come back to Alfea and joined the girls. Even though I was a big fan of the original series by Iginio Straffi and loved how crazy the first season was, the second season made me feel a lot of different things. This is not like anything we’ve seen before… , which isn’t always a good thing (for the fairies and for viewers).

In all honesty, the biggest problem with the season is that everything feels very confusing because the cast is even bigger than it was in the first season, and there is only one more episode. Flora is the newest character to join the other Winx girls. Riven (Freddie Thorp) and Beatrix (Sadie Soverall) also have bigger and more important roles. Dowling’s role of Rosalind is now played by Miranda Richardson, who is now a full-time member of the cast. Rosalind is now a more important character. Andreas (Ken Duken) takes over as the specialists’ teacher, but Silva (Robert James-Collier) is still around, and Sky (Danny Griffin) is stuck between them. Grey (Brandon Grace) and Sebastian (Éanna Hardwicke), who are new to the show, also get a lot of attention. There are also a few ways out, but they don’t do nearly enough to balance out the cast. Almost every story feels half-baked because there isn’t enough time to explore them all in depth. Even if the show was given 13 episodes instead of the current six or seven, there wouldn’t be enough time to do these characters justice.

In turn, this hurts the characters that the show should be focusing on because their growth has to be sacrificed for the sake of the cast’s growth. Bloom is the only one of the Winx girls who gets a decent amount of attention, which can be annoying since the series is supposed to be about all of them. This season, both Terra and Stella feel like afterthoughts, while Aisha is close behind but a little more involved in what’s going on. So, the fact that Flora is joining the Winx girls is something to be happy about. The way the popular character is portrayed in the show is interesting and unexpected, but it does make her role at Alfea and in the Winx suite more exciting and mysterious.

It’s too bad that the writers didn’t just bring Flora in from the start, because there wasn’t much time to show how she got along with the others and how she fit into the group. It’s rushed, and she goes from being Terra’s cousin to her best friend overnight, so we don’t get to see the same buildup and natural progression of relationships that we did with the other characters in the first season. Also, the question about Flora joining the series is how the show could work with both Flora and Terra, who are both Earth fairies with skills that are very similar to Flora’s. That question doesn’t seem to be answered by Season 2. But even though Terra doesn’t do much over the course of the seven episodes, she makes progress that will be very exciting if the show gets picked up for another season. In the same way, what we do see of Flora is great, and by the end of the season, she is probably my favorite fairy.

Not only are there too many characters to keep track of, but the main stories of this season are also not very interesting. Rosalind, for example, isn’t the interesting and charming villain she was in the first season (when played by Lesley Sharp). Richardson’s point of view and the new path Rosalind is put on this season by the writers are both kind of disappointing. So much potential is lost in a story that doesn’t feel as good as what we’ve seen from Rosalind before. In the same way, Andreas doesn’t add anything fun or new to the show. He is in many ways like Rosalind, but he doesn’t have the power or knowledge to do anything good. Since the last episode of the first season ended with Rosalind and Andreas taking over as leaders of Alfea, which was a shocking and unthinkable turn of events, the follow-up is not at all satisfying. Both of them don’t add much to the story besides lame ways to be bad, which are completely overshadowed by Beatrix, who is a better bad guy than both of them put together in half the time.

Even though it had problems, the first season of Fate: The Winx Saga told a compelling story that moved well, went in a logical direction, and ended on a satisfying note. It also balanced the Winx girls while still focusing on Bloom. None of these things happen in the second season. It doesn’t feel like it’s going anywhere. It’s lost in the chaos it’s made, and it doesn’t know what to do with or how to include too many of the main characters. The main plot is so dull that it’s hard to care about it or keep up with it until about the fifth episode of the season. Even though the world still revolves around Bloom, the other Winx girls don’t get their due. This is disrespectful to the original series, which took pride in showing the stories and strengths of all of the Winx girls. Even though characters like Sky, Dane, and Riven can be interesting, there’s no reason why their stories should be more important or the main focus than the Winx fairies’. But they are, especially Sky’s.

In short, the show seems to forget what it is and what it should be during this season. It reminds this writer of Prime Video’s The Wilds, which was canceled after a much-criticized second season that forgot what viewers liked about it in the first place. Fate: The Winx Saga Season 2 is still a good show to watch all at once, and it has some great moments, but it probably won’t keep people as interested as Season 1.