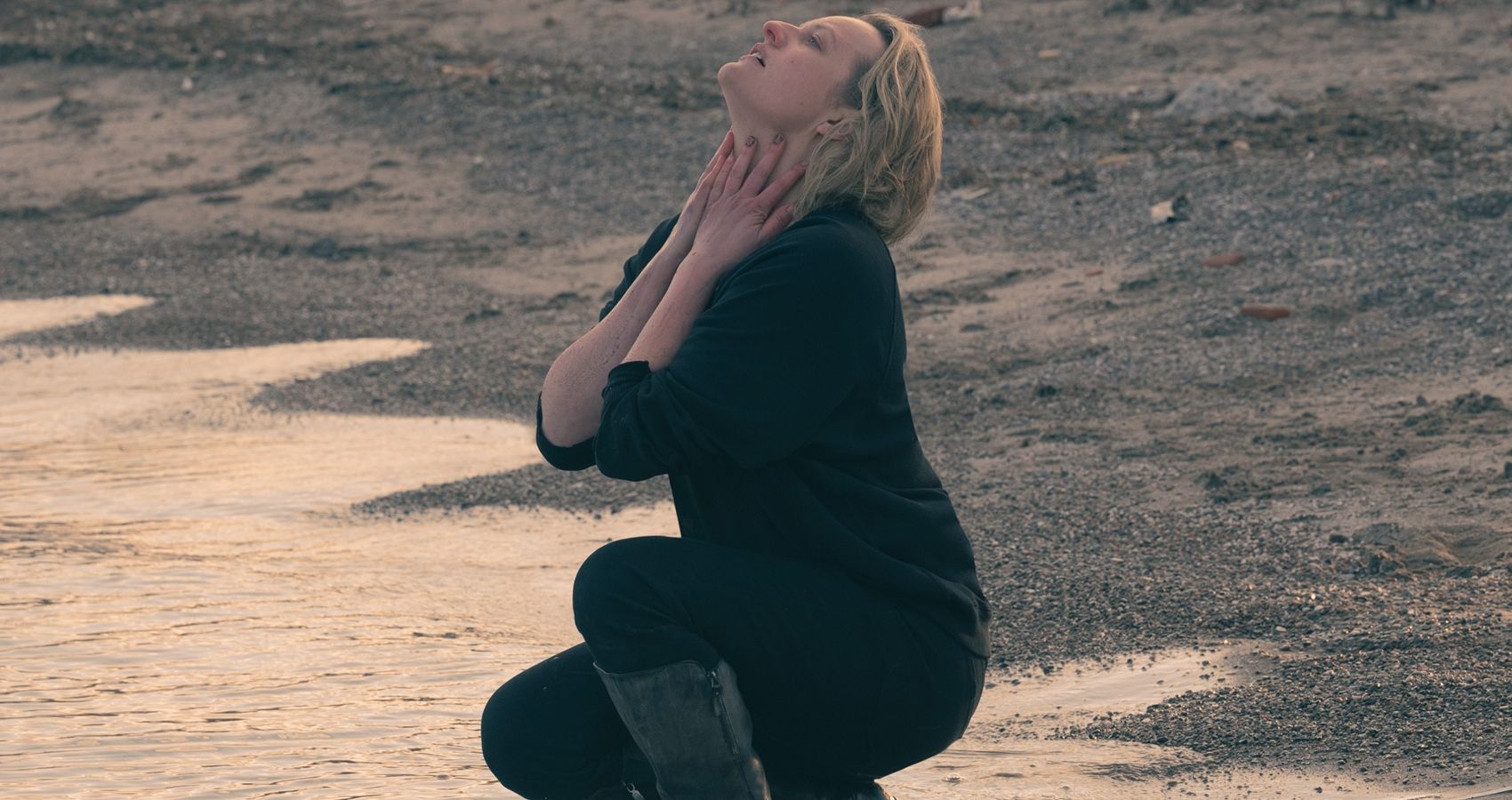 After a borderline boring turn in the previous outing, The Handmaid’s Tale season five got back on track with episode six, “Together.” The episode picks up where a solid cliffhanger left off, with June and Luke caught at the border and thrown in a caged truck. The episode returned to the season’s tense tone before it pulled the e-brake with the previous installment, “Fairytale.”

“Together” reestablishes the momentum toward something big that the season has been building to, though with a twist we definitely didn’t see coming. This last-minute about-face experienced by one character will surely divide fans of the series, as it defies a long-anticipated outcome. This surprise and challenging ending veer the series off its course into a vast unknown, leaving us with back-to-back cliffhanger episodes.

Here’s a breakdown of the events of “Together.”

The Apprehension of June and Luke

The episode starts with June and Luke cuffed inside a truck after being apprehended at the end of “Fairytale.” June surmises that their captors aren’t representatives of Gilead by the appearance of their surroundings. They are dragged into a remote facility for mug shots and incarceration. “Your ear tag, who are you of?” demands a guard of June. “NOBODY,” she defiantly replies.

June and Luke are locked in side-by-side cages as Luke continually paces and panics over their situation. He reveals his guilt for not being able to help June when she was locked away in Gilead. The guard appears, scans June’s hand, and throws her against the wall before taunting her that she’s going back to Gilead. They attempt to verify Luke’s identification, and he runs, is quickly dragged down, and brutally beaten.

June urges a barely conscious Luke to “stay alive,” saying, “I never gave up hope, and you never gave up hope.” Hope was all either had in the years June rotted away in the prison of Gilead, so this similar dire moment brings out the survivor in her. They are marched out of their cages and separated. Orders are given to dump Luke at the border as a frantic June is loaded onto a bus with other prisoners.

Back at the Wheeler Residence

Serena Joy undergoes an ultrasound in a custom-built “birthing suite” by a seemingly kind doctor. After the procedure is concluded, the doc asks her to dinner, making for a super awkward moment. Serena meets with host Alanis Wheeler to cut flowers and tells her of the attempted courtship. Serena expresses her extreme disinterest in the pairing, and Alanis tells her, “The baby needs a father, and it’s more important than your feelings.” After this, Alanis tells Serena to go to her room like she’s a child pitching a tantrum.

Serena is later summoned by Commander Wheeler, who informs her that June was caught by one of his teams in No Man’s Land, implying that this is off the Gilead books. Her bodyguard Ezra will be sent to “deal with” June like what she did to Fred in the season four finale. Serena wants to be there when it happens: “…bear witness. I need to see the end,” says Serena. After all the harm June has caused her, she wants to be able to tell Fred’s son that she personally saw that June got what she deserved. Wheeler reluctantly agrees to let her go.

Back in Gilead, Aunt Lydia is informed that Esther is awake, alert, and pregnant after her murder-suicide attempt. In an intense scene, it is revealed that Commander Putnam forced himself on her. Lydia reports the incident to Commander Lawrence and demands that Putnam be punished.

Later, Putnam eats breakfast with his wife to the stares of everyone in the room. They know what he did, as he already has a reputation that cost him a hand in a previous season. Guardians barge in, drag Putnam out, and throw him at the feet of Commanders Lawrence and Blaine. A secret session of the Gilead high court convened and found Putnam guilty of apostasy, and Nick passes a swift judgment with an execution in front of Putnam’s wife and a room full of Commanders. This sends a message that no one is above “God’s will.”

We later see Putnam being strung up on the infamous Wall, witnessed by Lydia and a group of handmaids. The latter are urged to report anyone doing them harm and assured them they are protected “holy vessels.” “This was justice,” says Lydia. This is further proof that Aunt Lydia is growing weary of the hard-line ways of Gilead, though justice being done might have called her back to the flock for the time being.

Per Commander Wheeler’s approval, Serena accompanies Ezra to witness the execution of June. They intercept the bus, bringing June out onto a dusty dirt road. Serena insists on pulling the trigger, saying, “God is giving me a chance for justice.” She tells June to kneel and pray. June complies, and instead of pleading for her life, June asks God to give her daughters a life of peace, away from all the “hate and violence.” “May they do better than we did.” A clearly torn Serena tears up at this sentiment and turns and shoots Ezra instead. She and June take off in the car.

What caused this wildly drastic change of heart in Serena? Maybe she’s tired of being rejected (by Gilead) and told her place (by the Wheelers). She’s so close to the birth of her own child that June’s prayer made her realize, for at least a moment, that Gilead was a cruel and godless place posing as godly.