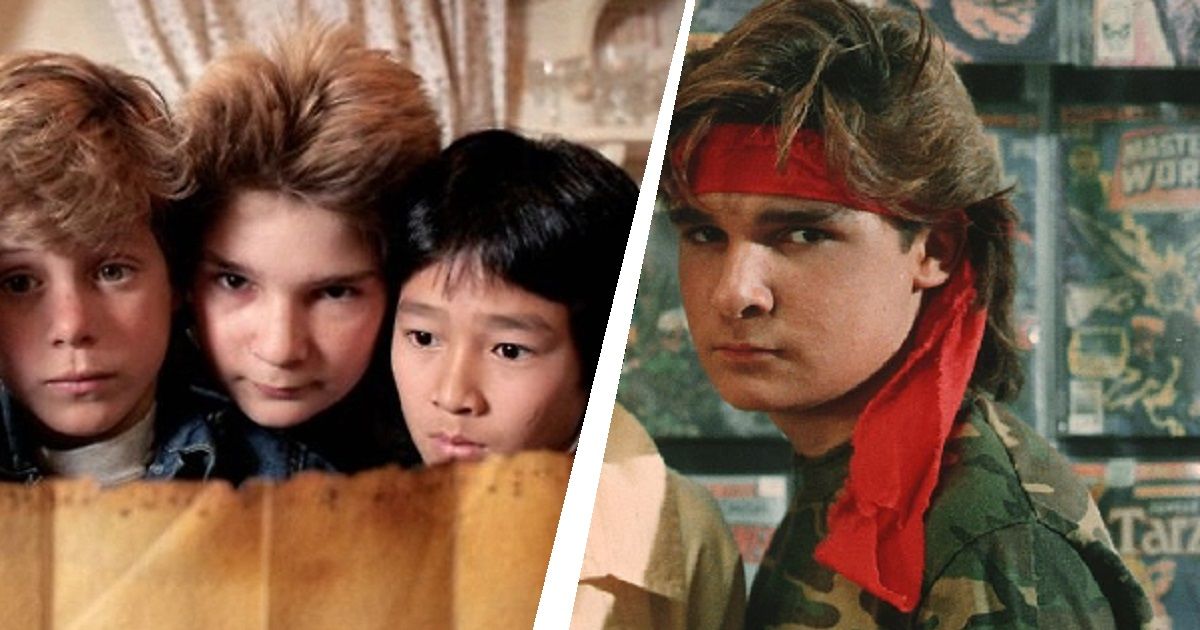 Eighties movie icon Corey Feldman has declared his support for legacy sequels to both The Goonies and The Lost Boys. Featuring two of his most beloved characters, Feldman confirmed to Comicbook.com that he is still on board with doing both, so long as they are done “the right way.”

“I mean, we’ve done Lost Boys. We’ve done a couple sequels. I’d still like to do a final one that’s done the right way, with a big budget and all the cast. We’re very grateful that people still love the movie, that people still remember the movie, and now it’s getting this re-release so it’s kind of fresh and fun all over again.”

Released in 1987, The Lost Boys follows Michael and Sam, who move to a small town in California with their mother. Soon, the two boys are sucked into the mysterious and dangerous world of bikers, vampires and vampire hunters. Feldman stars in the treasured vampire outing as Edgar Frog, one half of a pair of brothers who work as self-proclaimed vampire hunters. The franchise has indeed since spawned several sequels, 2008’s Lost Boys: The Tribe and Lost Boys: The Thirst, both of which feature a return from Feldman. Despite these follow-ups, Feldman still feels that The Lost Boys needs one more adventure to wrap the series up.

While The Lost Boys finale remains in the back of Feldman’s mind, the actor really wants to make a legacy sequel to his other 80s hit, The Goonies — though he isn’t convinced Goonies 2 will ever actually happen.

“That said, I still want to make a sequel to Goonies. I don’t know if it will ever happen — especially with Donner gone, it’s a sad thing. But every few years, it seems like there’s a new idea in the pipeline and Warner Bros. gets that close to pushing the button and then it just falls apart. So who knows? Maybe one day it will happen, maybe not.”

The Goonies 2 Should Be Approached the Same Way as Top Gun: Maverick

Released in 1985, and directed by Richard Donner, The Goonies follows a group of kids who live in the “Goon Docks” neighborhood of Astoria, Oregon. They must come together to attempt to save their homes from foreclosure and, in doing so, discover an old treasure map that takes them on an adventure to unearth the long-lost fortune of One-Eyed Willy, a legendary 17th-century pirate.

Rumors regarding a sequel to the childhood favorite have been flying around for some time, and while nothing has yet materialized, the emergence of legacy sequels, and the recent success of Top Gun: Maverick, have Corey Feldman thinking it could finally get the green light.

“You mean a sequel? You don’t want a remake, because that’s what they did with Ghostbusters with the girls. No, no, no. You want like a Top Gun sequel, right? They did it right with Top Gun,” the actor said recently.

While awaiting a proper sequel, Goonies fans will soon be treated to more Goonies-related treasure courtesy of Disney+. The streaming platform is set to release the Goonies-centered project, Our Time, which follows a group of young, aspiring filmmakers who attempt to remake the beloved Richard Donner movie on a shoestring budget.