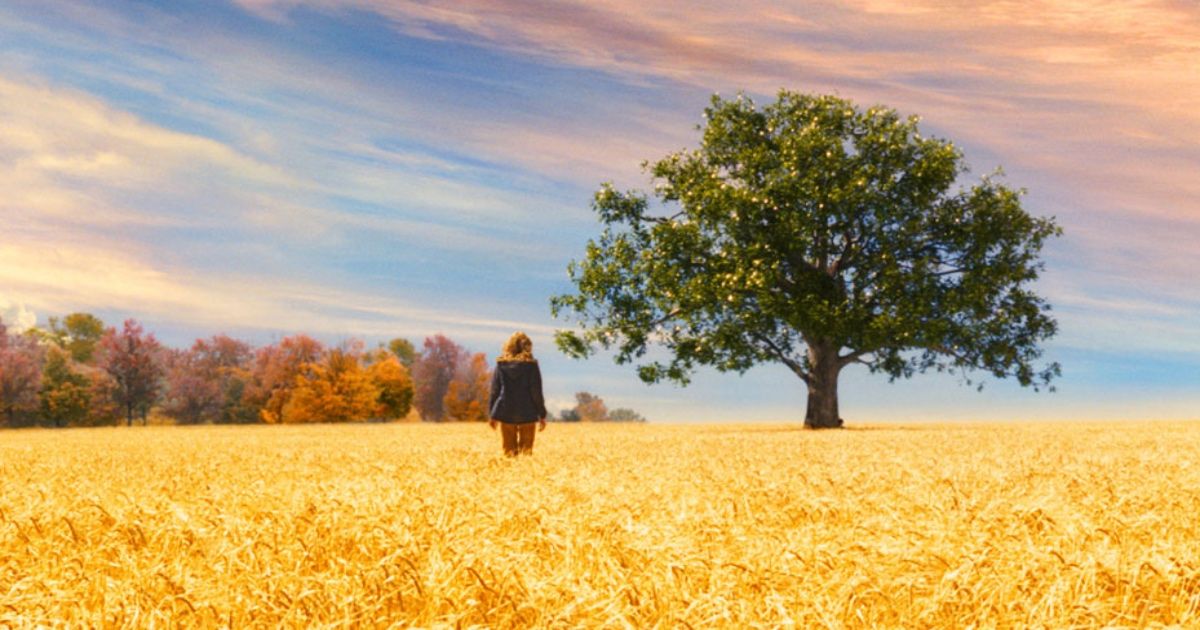 The Most Peaceful Versions of Heaven in Movies, Ranked

After we die, what actually happens to us? This is one of the most mind-boggling questions that will eventually cross the mind of every person at some point in life. A 2021 study from the Pew Research Center found that “nearly three-quarters of U.S. adults say they believe in heaven.” The true existence of a positive place for our souls to rest after death has remained a mystery, revealed only to those who cross beyond this earthly realm. Whether we’re definitely destined for either a cloud-shrouded paradise or an eternity consumed by flames, or even another life spent in limbo, we’ll never really know for sure until we get where we’re going.

As long as we’re still living, we learn to interpret and flesh out these existential questions through forms of art, especially in a visual format. Movies offer the perfect playing ground for these fantasies, as we learn to explore the furthest reaches of the human spirit and the journey we all undergo. These are the most peaceful versions of heaven in movies, ranked.

In Heaven Can Wait, quarterback Joe Pendleton loses his life in a car accident and is swooped up to heaven by his guardian angel, the Escort. He realizes that his life ended too soon due to his angel’s error, and he actually deserves more time in the mortal realm. But since his body was already cremated, he’s forced to go back to Earth in a different one. This version of heaven is a foggy area surrounded by clouds. Its familiar visual feeling is reminiscent of an otherworldly office out of The Twilight Zone, populated by punctual executives in suits.

Heaven is for Real is an on-screen adaptation of the true trials of the Burpo family, whose son Colton crossed over into another realm while undergoing surgery. After he comes out of the operating room, his family is stunned by his sudden knowledge about events outside his own life. He tells them about coming into contact with long-lost family members and communing with Jesus. Colton’s version of heaven emanates brightly through a vision of his familiar church, with angelic figures and beings of light welcoming him through the middle aisle he’s walked through so many times in the physical world.

What Dreams May Come looks like a piece of art brought to life by an emotional setup that takes viewers on a journey through heaven and hell. A car accident takes the life of Chris Nielsen, played by Robin Williams, who initially enjoys a blissful vision of the afterlife and a reunion with his children. A Roger Ebert review emphasizes “one sequence that is among the most visually exciting I have ever seen,” where “[Williams] occupies a landscape that is a painting, and as he plucks a flower it turns to oil paint in his hand.” Consumed by grief, his wife Annie dies by suicide, and is sent to hell. Chris takes it upon himself to leave heaven, and save her from that fate, putting their relationship through a literal trial by fire that results in a happier ending.

The basis of Miracles from Heaven is a true story, written in a book of the same name by Christy Beam. In this film, her daughter Anna is diagnosed with a serious digestive condition that has no cure. One day, Anna falls into an open tree trunk while playing with her sister, and is trapped there while she waits for rescue. She comes out mostly unscathed, and doctors are amazed when she recalls her out-of-body experience and her disease seems to have eased. As she tells her story to her parents, the screen comes to life with her glittering version of heaven. She wanders through a blooming garden of hydrangeas that turn into butterflies and an endless blue sky.

As one of the greatest animated movies of the ’80s, All Dogs Go to Heaven is one of Don Bluth’s visually stunning works. It sparkles as a classic examination of the afterlife interpreted for a younger audience. Following his tragic death at the hands of his partner in business, Charlie the dog finds himself crossing over into another realm. He luckily winds up in heaven, a vibrantly-colored dreamland filled with a gathering of good dogs, as the movie’s title suggests. After he shoots back down to Earth, he figures out how he can rightfully earn his halo.

Among many different imaginings of the afterlife, the story of The Lovely Bones takes audiences on a journey that twists through the fabric of space and time. Susie Salmon, played by Saoirse Ronan, is stalked and brutally murdered by her neighbor (in an extremely creepy turn by Stanley Tucci). From beyond the grave, she guides her family in discovering clues about her disappearance. Throughout her journey, she spends most of her time in the In-Between, a version of limbo. The film’s heart-wrenching conclusion culminates in Susie wading through a vast golden field to meet the other girls who were killed by George Harvey. Finally, as her friend Holly shouts, Susie realizes that “It’s Heaven!”